The Argentine footballer, who was long associated with FC Barcelona, is going to appear in "multiple educational and promotional campaigns." 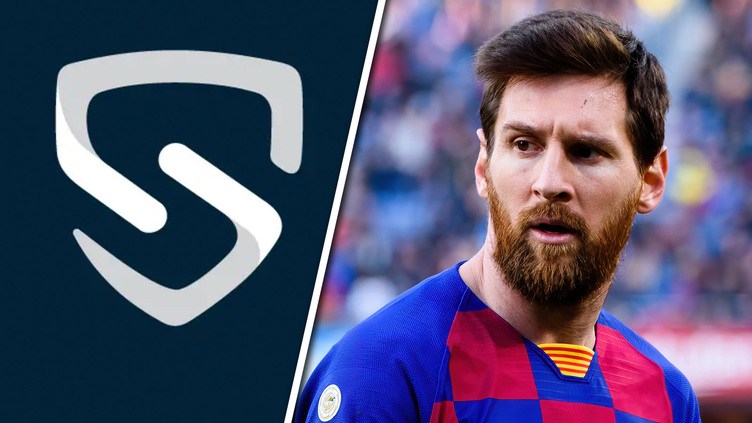 Lionel Messi has become the latest sports star to become a global ambassador for a crypto platform.

The Paris Saint-Germain forward has entered into a multi-year deal with the fan token platform Socios.

His initial contract is set to last for three years — and according to the Reuters news agency, Messi will be paid $20 million.

The Argentine footballer, who was long associated with FC Barcelona, is going to appear in "multiple educational and promotional campaigns."

Socios notes that PSG and FC Barcelona are among the football clubs that use its platform — alongside Manchester City, Arsenal and UEFA.

Messi says that passionate fans have been a "driving force" in his career — and he was proud to join a platform that aims to make supporters feel more connected to their clubs. He added:

"Fans deserve to be recognised for their support. They deserve opportunities to influence the teams they love."

"We have taken great strides forward in the last few years, but, if football fans know one thing, it's that with Lionel Messi on your side anything is possible."

Socios says that the fan tokens issued by clubs allow supporters to influence decisions taken by their clubs — such as kit designs, the songs played during celebrations, and the message displayed on a captain's armband. While the company touts such decisions as "key," critics say these digital assets merely serve as another way for football clubs to generate revenue from fans — and only allow supporters to make fairly arbitrary decisions.

That said, some of the votes do enable fans to indulge in a bit of punditry. For example, PSG has recently held votes on the defensive play of the season, the best goal of 2019/20, and which star showed off the best skills.

Many fan tokens have also seen their prices dwindle substantially over recent months. PSG is currently trading at $13.69 — and while this is a 392% increase from lows of $2.77 seen in June 2020, supporters who bought at the all-time high of $61.23 last August are now down 77% on their investment.

Crypto News
Visa to Help Banks and Businesses Embrace Crypto
The payments giant says digital assets have now achieved "almost universal awareness" — and 94% of adults now know about it.
Oleh Connor Sephton
8 months ago
3m
Crypto News
Coinbase Reveals How Much Profit It Made in Q1 Ahead of Stock Market Debut
According to the exchange, it current boasts 6.1 million transacting users and has $223 billion in assets through its platform.
Oleh Connor Sephton
1 year ago
2m
Crypto News
Kevin Durant Teams Up with Coinbase in New Deal
The relationship between Durant and Coinbase goes back to when the NBA player invested in the cryptocurrency exchange in 2017.
Oleh Hassan Shafiq
7 months ago
2m
See all articles