This "bomb" would slowly start making ETH blocks harder and harder to mine, freezing up the network for the transition to proof-of-stake. 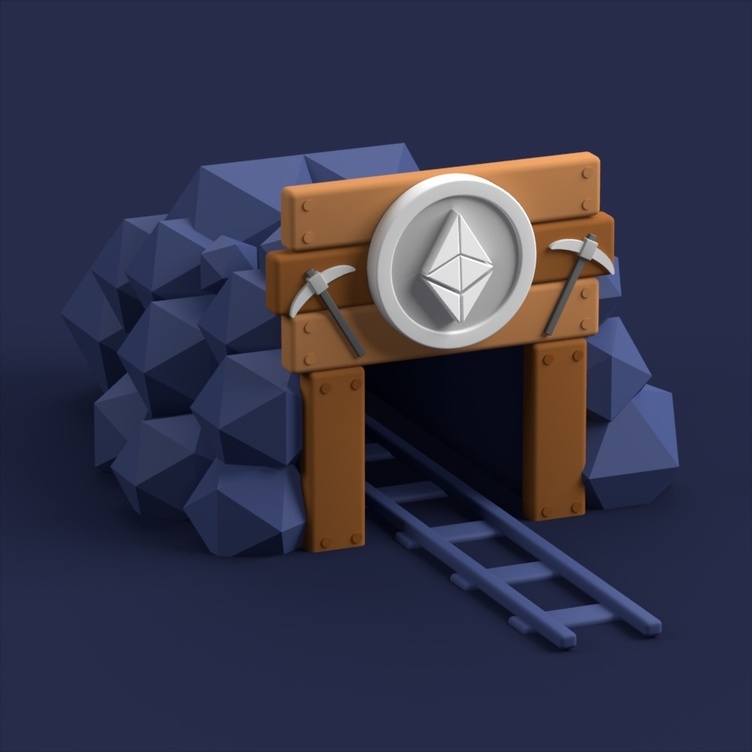 If you listen closely enough on Etherscan this week, you might be able to hear another collective exhale of ETH miners around the globe after their latest stay of execution has been formally processed.

That’s right, the Ethereum network is predicted to undergo its the Arrow Glacier network upgrade on Dec. 8, 2021 to delay the controversial and often-delayed “difficulty bomb” until June 2022. The latest upgrade will occur on block 13,773,000 and is only intended to stave off the difficulty bomb until summer next year.
It’s the third upgrade of the year for Ethereum and follows Altair, October’s Beacon Chain update, and the Muir Glacier upgrade deployed in January of this year, as well as August’s hugely important London hard fork which introduced the deflationary EIP-1559 protocol.
Similar to the Muir Glacier update, the Arrow Glacier upgrade will adjust the parameters of the coming Ethereum “Ice Age,” which aims to to force a final migration from the smart contract network’s current hardware mining-based validation to its Ethereum 2.0 proof-of-stake (PoS) final form. Designed to increase the difficulty to mine blocks over time, the Ice Age algorithm will eventually make ETH blocks too hard to mine, thus freezing the network when no new blocks are created.

What Is the Ethereum Difficulty Bomb?

In order to transition to a proof-of-stake (PoS) consensus, Ethereum developers will introduce the so-called “difficulty bomb” by exponentially increasing the difficulty of proof-of-work (PoW), intended to motivate the transition to PoS and lowering the likelihood of another fork in the future.

ETH developers expect the upgrade on Dec. 8 will be the last delay of the difficulty bomb, as they hope “the merge” (Eth 2.0) will occur before June 2022, making the entire network run on proof-of-stake consensus.

Currently, the Ethereum network runs on PoW, which is very energy-intensive and requires a lot of computing power to maintain the network. Ethereum is working on transitioning to PoS, an alternative consensus mechanism that requires staking your ETH to become a validator in the network.

Benefits of PoS include:

How Will Eth 2.0 Benefit the Ethereum Network?

At some point in 2022, the Ethereum Mainnet is expected to merge with the Beacon Chain network, putting an end to proof-of-work on Ethereum and allowing the congested network to scale better and lower gas fees.

Ethereum 2.0 is expected to solve the gas issues by creating a different incentive structure to reward validators on the network, shifting from requiring computer power to staking Ethereum on the network.

After the merge occurs, new features will be available on Ethereum, such as the ability to withdraw staked ETH, running smart contracts on the PoS system and the rollout of shard chains to scale the usability of the network.

Ethereum has been facing a few major challenges since its dramatic rise, most obviously the current gas fees to move assets in the network. Validators can prioritize users willing to pay the most, often resulting in gas fees far exceeding $100 to make a transaction or initiate a smart contract-based swap.

Becoming so popular is not usually a bad thing, but with too many users on the Ethereum network, validating transactions has become much more competitive, making it very energy-intensive to create new blocks. In the era of global warming, this is a big no-no and part of what previously caused the crypto market to tank earlier this year on the back of Elon Musk and others slamming Bitcoin and Ethereum for their large energy consumption.
While shifting to PoS consensus will be a net benefit to the Ethereum network, there are some negative side effects that could pose a problem for ETH in the future, such as the threat of a 51% attack and allowing validators to have much more power within the network. However, this threat is highly unlikely, due to the sheer size of the Ethereum landscape and staking population.
Sharding could also create a problem, as validators are spread out across shards, making it possible a single shard could be taken over by malicious validators.

The Arrow Glacier update will help to give ETH miners some breathing room for another few months while the network pushes to get Ethereum 2.0 to where it needs to be. However, the clock is ticking for Ethereum as other layer-1 networks like Solana, Avalanche and Binance Smart Chain (BSC) are increasingly gobbling up its market share.

As native PoS networks, they are currently far superior in terms of scalability, speed and cost-effectiveness, and are attracting both developers and users away from Ethereum.

There’s no question about it, Ethereum’s difficulty bomb needs to be pushed through in June 2022 or the network could very well face a different Ice Age extinction event as it becomes obsolete for the booming DeFi, NFT and metaverse industries that require speed and affordability in order to thrive. Until then, there’s also Vitalik Buterin’s “Endgame” to ponder.
2 people liked this article

Ethereum
India Plans to Ban 'All Private Cryptocurrencies'
Data currently suggests that as many as 20 million people in India currently invest in cryptocurrencies — and the news has sparked panic on local exchanges.
Oleh Connor Sephton
7 months ago
2m
Ethereum
Ethereum in 2021: The Highs and the Lows
As part of our festive series of articles, we’re looking at Ethereum’s most memorable moments from 2021.
Oleh Will Kendall
6 months ago
16m
Tech Deep Dives
What Is Ethereum Eagle (EGL)?
CoinMarketCap takes a deep dive into Ethereum Eagle (EGL), a project that offers a signaling technique to miners and the Ethereum ecosystem to find the correct balance between gas limits and block ...
Oleh Hassan Shafiq
10 months ago
5m
See all articles