Also today, Jack Dorsey is no longer CEO of Block (kind of) — and El Salvador extends a state of emergency. 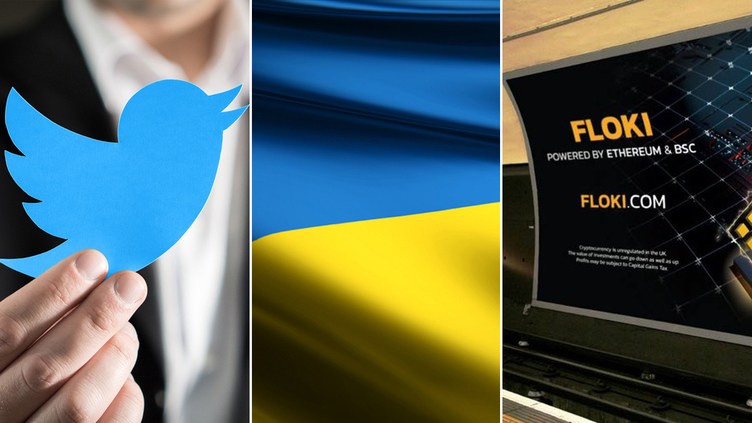 Twitter and Elon Musk 'on brink' of a deal 💰

Twitter is reportedly "in the final stretch" of negotiations with Elon Musk — and agreement about a takeover could be reached as early as Monday, according to Bloomberg. A flurry of reports had suggested the world's richest man gained newfound momentum in his plans to buy the social network over the weekend. On Sunday, the Wall Street Journal claimed that both sides had met for talks about the proposals, with Twitter understood to be taking his offer more seriously after Musk secured the necessary financing. While some investors have conceded that Musk's so-called "best and final offer" of $54.20 a share is too low, some hedge funds believe this is a realistic valuation amid fears that economic uncertainty and red-hot inflation could batter tech stocks in the months to come.

Jack Dorsey is no longer the CEO of Block ❌

Jack Dorsey has declared that he's no longer the CEO of Block. In a filing to the U.S. Securities and Exchange Commission, he declared that he now wants to be known as "Block Head."  It's the latest rebrand to affect his crypto-focused company — with Square changing its name to Block last December. Indeed, Dorsey isn't the first entrepreneur to shed the title of CEO — and last year, a certain Elon Musk announced that he now wanted to be known as the "Technoking" of Tesla. Dorsey might have wanted to take a peek in the dictionary before settling on "Block Head" though, as it means "stupid person."

Ukraine has adopted a crypto-friendly stance in recent months — but given the current crisis, this has limits. The country has now announced that it is banning residents from buying digital assets using the Ukrainian hryvnia. Those who want to buy crypto will need to use foreign currencies — and even then, purchases are going to be limited to 100,000 Ukrainian hryvnia a month (about $3,400 at current rates.) In a statement, the National Bank of Ukraine said it was aiming to "prevent unproductive outflow of capital from the country under martial law."

El Salvador has extended a state of emergency for another month as the country tackles a spike in gang-related killings. The move was made at the request of President Nayib Bukele, who says more than 16,000 people have been arrested over the past 30 days in an attempt to clamp down on the violence. On his Twitter — followed by 3.8 million people — Bitcoin memes and laser eyes have been replaced by photographs of handcuffed gang members. Bukele also mocked one alleged gang member who had used make-up in an attempt to conceal the tattoos on his face. While polls have suggested most Salvadoran citizens support Bukele's approach to tackling gangs, some human rights groups have claimed that these laws "put all Salvadorans at risk" — and mean completely innocent individuals risk being detained for no reason.

Floki Inu has begun a "new and aggressive" advertising blitz in London — less than two months after its previous campaign was banned by regulators. The memecoin says its posters will appear on 100 buses on the capital's streets, with 203 "strategic placements" across the London Underground. Collectively, Floki's team estimate that the ads "will be seen tens of millions of times" by commuters and tourists. When compared with the brash "MISSED DOGE? GET FLOKI" slogan that landed the project in hot water with the Advertising Standards Authority, these ads are decidedly more vague.
14 people liked this article