CoinMarketCap News, May 24: Terra is Being Rebuilt... But is Investing a Bad Idea? 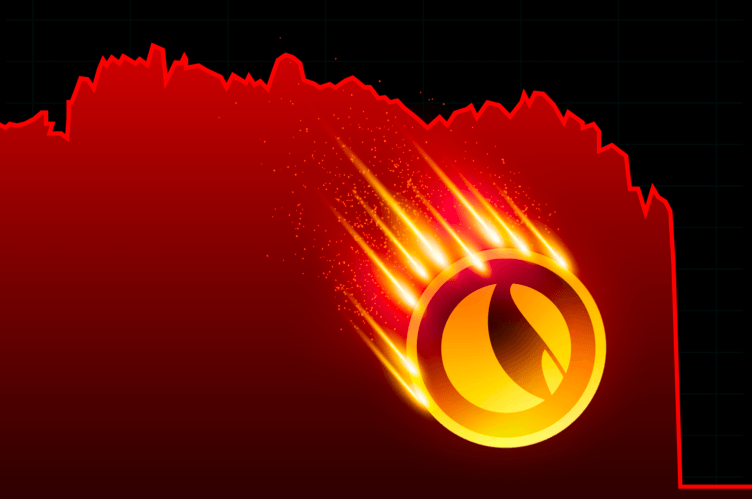 My dad always used to say that it takes a mad man to be bitten by a mad dog twice.

And that brings us neatly to Terra. A governance proposal is currently being voted on. The topic? Building a brand-new blockchain to replace it (minus a certain controversial algorithmic stablecoin.) Terra and Luna would be rebranded as Terra Classic and Luna Classic (kinda like Ethereum did after The DAO hack) — and current LUNA investors will be airdropped new tokens.
The vote has one day to go, but the "yes" camp are mathematically guaranteed to win. While 12.5% had tried to veto the proposal, they're far short of the 33% required to block it.
But here's my question… would crypto investors really be willing to trust Do Kwon again? Especially considering it's now emerged he helped create the failed stablecoin Basis Cash as well?
Losing most of your crypto wealth once is an incredibly tough blow — and a harsh lesson to take on board. But you could argue that, if an investor chooses to place their hard-earned cash in the next iteration of Terra, they'll only have themselves to blame if things go sour once again.

It takes a mad man to be bitten by a mad dog twice.

The International Monetary Fund is far from Bitcoin's biggest fan. But at the World Economic Forum in Davos, the IMF's managing director made a surprisingly upbeat statement. Kristalina Georgieva said the crypto world is "important" and shouldn't be dismissed — despite Terra's dramatic collapse. She believes digital assets can offer us all "faster service, much lower cost, and more inclusion." According to Georgieva, the challenge for regulators is ensuring cryptocurrencies aren't all tarred with the same brush — meaning apples need to be separated from oranges and bananas. During a panel on central bank digital currencies, she warned stablecoins are more likely to "blow up in your face" if they're not backed by collateral — and reiterated that Bitcoin isn't money because it doesn't offer a stable store of value.

Crypto influencer arrested for trying to confront Do Kwon 👀

A cryptocurrency streamer who lost millions after Terra crashed has been arrested for attempting to visit Do Kwon at his South Korean home. "Chancers" says he lost $2.4 million when LUNA collapsed — telling the BBC that he felt "like I was going to die." The 30-year-old said he was angry because Do Kwon had failed to update his followers on Twitter, and decided to confront him after finding out his address online. Chancers livestreamed his journey to the property, but Kwon's wife answered the door — and the police turned up soon after. Chancers believes he's now going to be slapped with a fine and a criminal record, but a conviction could affect his chances of returning to his old career.

Remember Martin Shkreli? He was christened "Pharma Bro" after increasing the price of a life-saving drug from $13.50 to $750 a tablet. Shkreli was later jailed for securities fraud, but has now been released from prison early. And sure enough, he's now taking an interest in crypto. He's claimed that he used Uniswap while behind bars… and has already branded Vitalik Buterin as "brilliant" but "full of s***." A number of crypto enthusiasts have expressed their dismay that Shkreli is being given a platform on Twitter Spaces — and fear public perception of the industry will hit a new low as a result. His new Twitter account was suddenly banned on Tuesday, meaning he might not be making another appearance anytime soon.

Big divide in how Americans use crypto 🇺🇸

Americans who use crypto as a payment method are more likely to lack bank accounts or credit cards, according to a new Federal Reserve report. What's more, almost 60% completing transactions with digital assets have an annual income of less than $50,000. This is a stark contrast to those who own crypto as an investment — as this group "were disproportionately high income and almost always had a traditional banking relationship." The figures, outlined in the Fed's Economic Wellbeing of U.S. Households in 2021 report, suggest crypto has been embraced by an audience that banks struggle to reach.
11 people liked this article