Back in April, Rishi Sunak unveiled plans to ensure stablecoins would become a recognized form of payment in the U.K — his departure may throw that policy into doubt. 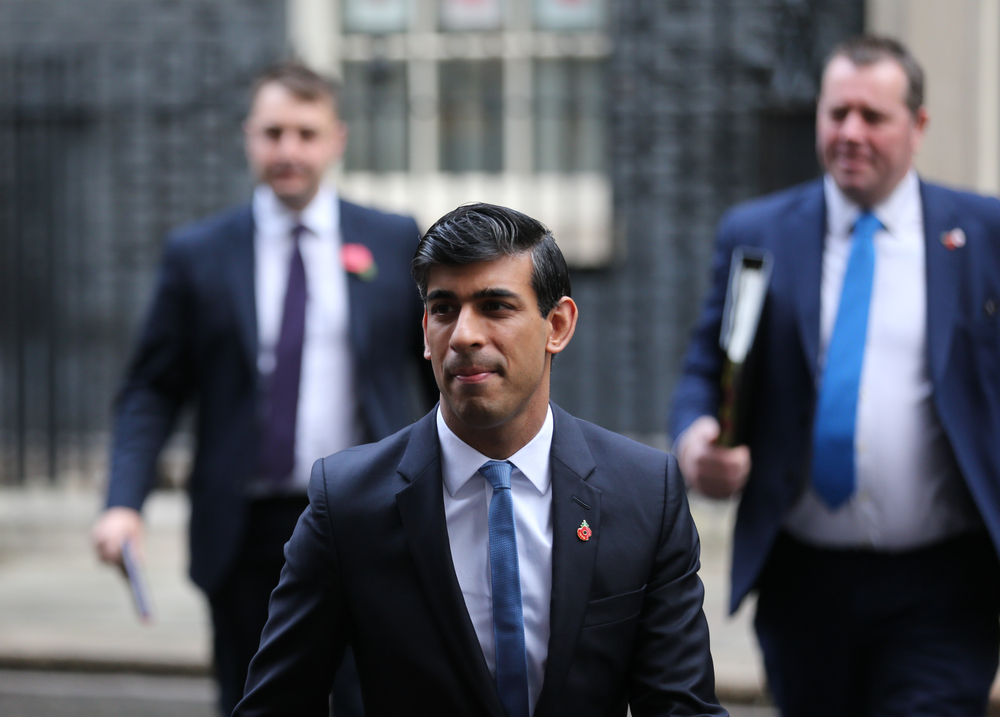 Britain's finance minister has suddenly resigned from Boris Johnson's government — raising the prospect that the U.K.'s ambitions to become a "global cryptoasset hub" could be put on ice.

Johnson was dealt a heavy blow after he was fined for hosting parties in Downing Street during coronavirus lockdowns.

This week, his deputy chief whip Chris Pincher was accused of groping two men while drunk in an exclusive club — and despite initial denials, it emerged Johnson had known about previous complaints made against Pincher at the time he was promoted.

In his letter of resignation, Sunak had written:

"The public rightly expect government to be conducted properly, competently and seriously. I recognise this may be my last ministerial job, but I believe these standards are worth fighting for and that is why I am resigning."

He also suggested that Sunak and Johnson had "fundamental differences" on how to tackle the cost-of-living crisis and the wider challenges facing the British economy, adding:

"I am sad to be leaving government but I have reluctantly come to the conclusion that we cannot continue like this."

Back in April, Sunak had unveiled plans to ensure that stablecoins would become a recognized form of payment in the U.K. — with the Royal Mint set to produce a non-fungible token this summer. In that announcement, the then chancellor said:

"We want to see the businesses of tomorrow — and the jobs they create — here in the UK, and by regulating effectively we can give them the confidence they need to think and invest long-term."

Sunak's sudden departure could throw these crypto-friendly policies into doubt.

He has been succeeded by Nadhim Zahawi, a minister who has won plaudits for his handling of the vaccine rollout in the U.K. Until recently, he was the country's Education Secretary.

Boris Johnson's administration is now in peril — presenting the real possibility that he could be ousted as Prime Minister. He could be replaced by another politician in the Conservative Party — and in the event of a general election, the Tories may lose their grip on power.

Sunak had been criticized for unveiling his crypto ambitions by a number of politicians in rival parties.

Some of them argued that the finance minister should have been devoting all of his time to tackling spiraling inflation instead, while others raised concerns about the environmental impact of NFTs — not to mention the hacks and crimes seen in the speculative crypto space.

Philip Hammond, who previously served as chancellor, has been a vocal supporter of cryptocurrencies — and he's now a senior advisor at the digital asset custody firm Copper.

He believes the industry could give the U.K. a boost after Brexit — and last month, he warned the country needs to move quickly if it wants to become a leader in this space. On a Bloomberg podcast, Lord Hammond had said:

"It isn't too late for us to catch up and recover that ground, but I was saying that six, nine months ago and we are getting very close to the point where it will be too late. Other jurisdictions are racing ahead of us, and that's not the way it should be."

Crypto News
Feds Investigating Whether SBF Trades Cause Terra/LUNA Stablecoin Crash: NY Times
The Justice Department is said to be looking into whether Alameda Research unleashed trades designed to drive down the price of LUNA, accidentally causing the market to collapse.
Oleh Connor Sephton
6 hours ago
2m
Crypto News
Judge Tosses Lawsuit Accusing Kardashian of Helping Pump and Dump EthereumMax
A federal judge ruled that plaintiffs suing celebrity promoters of EMAX, which had lost 99.8% of its value, had not proven they saw and were influenced by the promotions.
Oleh Connor Sephton
6 hours ago
2m
Crypto News
Senate Banking Chair Tells SBF: Appear Next Wednesday, or We Will Subpoena You
Unlike his House counterpart, Sen. Sherrod Brown, Chairman of the Senate Banking Committee had no compunctions about threatening the founder of FTX, and no interest in cajoling him.
Oleh Connor Sephton
6 hours ago
2m
See all articles