Bitcoin Falls to Two-Month Lows as Wall Street Panics about Threat of a Recession
Daftar Isi
Why Did Markets Fall?
Crypto News

After rallying toward $40,000 on Wednesday, immediately after the Fed announced it was increasing interest rates, BTC shed close to $3,000 in the space of three hours on Thursday. 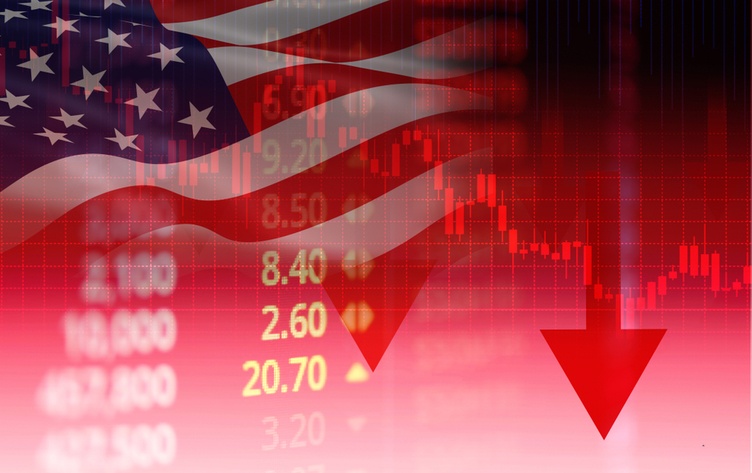 Bitcoin's price dropped to its lowest level in two months on Thursday — coinciding with a dramatic plunge on Wall Street.

Within the space of three hours, the world's biggest cryptocurrency slid from $39,500 to $36,800, CoinMarketCap data shows.

That's a plunge of 6.8% — and erases the miniature rally BTC had enjoyed in the immediate aftermath of the Federal Reserve confirming that it was increasing America's benchmark interest rate by half a percentage point.

The market turmoil shows $40,000 is now a stubborn level of resistance that Bitcoin is struggling to meaningfully crack.

All of this comes as Bitcoin's close correlation to the stock market continues, with major indices in New York enduring a hammering on Thursday afternoon.

While Wednesday had seen the S&P 500 enjoy its biggest one-day surge in two years, Thursday was the opposite — with the major index on the brink of suffering its worst trading session since June 2020.

Bloomberg data suggests that 97% of the companies tracked by this index were in red territory.

Why Did Markets Fall?

The reversal of fortunes is linked to fears that central banks around the world may struggle to bring red-hot levels of inflation under control — with economists previously stating that the cost-of-living crisis would be temporary.

On Thursday, the Bank of England warned that inflation is set to rise as the year progresses and may ultimately peak at 10%, inflicting further pain on consumers trying to buy groceries and fill their cars.

Analysts in major economies are also worried about the prospect of a recession, which is confirmed when a country's gross domestic product falls for two consecutive quarters.

The markets had initially responded with relief when Federal Reserve Chairman Jerome Powell said the central bank wasn't considering an interest rate hike of 0.75% in the near term — however, he did suggest further half-a-percentage-point increases would come in June and July.

There's nervousness that 0.5% moves may prove inadequate in the quest to bring inflation back down to its target level of 2% — and some experts fear grim economic data in the coming weeks may force the Fed's economists to re-evaluate whether a more aggressive approach is warranted.

As of 6pm London time on Thursday, Bitcoin appeared to be the worst performer in CoinMarketCap's rankings of the 10 biggest cryptocurrencies by market cap — down 5%.

Ether, Binance Coin, XRP, Solana and Terra were all down by about 3%.

The total market capitalization of all cryptocurrencies has shrunk to $1.68 trillion — a nasty contraction considering this had managed to exceed $2 trillion at the start of April.