All That Glitters Is Not Gold in the Crypto Dating World
Daftar Isi
How Common Are Crypto Scams?
The Gradual Evolution of Crypto Scams
Romance Scams
How Do Romance Scams Work?
Social Engineering Tactics
Pig Butchering
The FBI and NGOs
Bitcoin

All That Glitters Is Not Gold in the Crypto Dating World

Is dating in crypto even a thing? 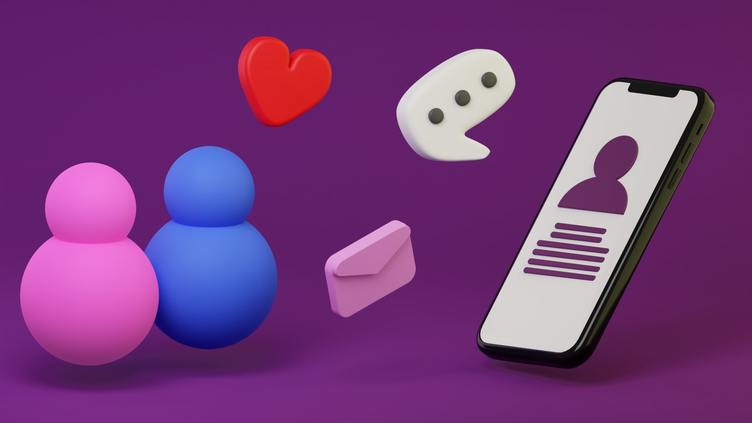 Cryptocurrency has broken into the mainstream thanks to its fulfilled promise of anonymity. This ecosystem avoids displaying participants' locations, personal data, and even names. With the absence of clear market regulations, the industry soared exponentially in a relatively short period.

Needless to say, people are on fire, pouring their money into the dream of both making a profit and investing in a brand new world free from unfriendly rules. And when there is a fire, someone’s bound to get burnt. Scammers are also flocking to the crypto space, willing to take advantage of wannabe investors. Today we will address a very specific type of scam, namely the "tinder swindlers" that are always there to lure out your bitcoins.

How Common Are Crypto Scams?

On one hand, the crypto world offered top-notch security to its participants. But on the other, the same anonymity granted confidence to scammers and hackers, providing them an outlet to scam people from behind thick barriers of non-traceability.

Coincheck hack of 2018 is the biggest crypto heist to date, where 58 billion Japanese yen ($532 million at the time) were stolen. Infamous John McAfee before his death in 2021 faced allegations of stealing $13 million through a pump and dump scheme. Those are just drops in the bucket of crypto scams that have been a major issue for the industry since it emerged.
Chainalysis reported that a record $14 billion was lost to crypto scams in 2021, which represents a 79% rise in losses from the previous year. The increase is somehow accredited to the popularity of decentralized finance (DeFi), as 72% of the total stolen funds were extracted from decentralized protocols.

The Gradual Evolution of Crypto Scams

The scams do not end with breaches in the DeFi decentralized system. Fraudsters have now evolved from the traditional act of conning investors to focus on the individuals. The reasoning behind this is that a philistine is more likely to fall for the trap than a savvy trader familiar with finance. Conning the latter is a tiresome and risky task that can take years to finally come to play while also implying higher chances of being caught. Laymen, in their turn, are the perfect target.

Crypto hackers and scammers have now resorted to using dating apps to fool the public. These cons are referred to as romance scams. The fraudsters trap people in a fog of false affection, and after patiently developing a relationship with the victim for months, they end up robbing them of their digital assets. Victims of romance scams, after falling into so-called ‘pig butchering’ nets, often end up losing their lives' work, with the wealth lost sometimes reaching a million.

Victims of romance scams paid $139 million to scammers in 2021, a five-times hike from 2020. Collectively, those who fell into such scams lost a whopping $14 billion, with the Canadian Anti-Fraud center reporting $100 million in victims' losses during 2020-2021.

2020 itself was bad enough for romance scam complaints. The number of those, however, surged exponentially through 2021, with the FTC reporting a complaint density of 56,000 for the whole year. As this was a 70% increase over the year 2020, the stats alarmed the Federal Trade Commission (FTC).

The demographics for these frauds were very fluid. The FTC did, however, record that people from 18 to 29 were generally more exposed to such frauds because that is the age most people begin searching for love. In addition to that, It was observed that those who were naive and not as tech-savvy ended up losing their hearts first and their assets second.

How Do Romance Scams Work?

To proceed with their murky affairs, the scammers choose dating sites such as Tinder, Bumble, Hitch, or even sometimes Instagram DMs or Snapchat. The conversation tone they tend to keep is casual, and ever so, casually, they mention cryptocurrency. The gullible victim, who most often has not heard much about digital assets, is intrigued, while the scammer uses his or her feelings to keep them enamored with the topic of cryptocurrency while also avoiding suspicion. More often than not, they feign surprise at the lover for not knowing enough about crypto and then pose as successful moguls to persuade the dupe. Extreme privacy plays into the hands of scammers as they are completely anonymous.

Romance scams can have extreme consequences for the victim. CBS News wrote about 24-year-old Nicole Hutchinson who lost $390,000 out of her family's inherited funds to a crypto scammer. Similarly, a story by Business Insider unveiled losses worth $1.6 million faced by a 52-year-old Denver man who got scammed through Hitch.

The famous Nigerian prince scam where strangers would email victims and offer money only to con them later was much more obvious than the subtle crypto scams. Their vague nature is what makes them so dangerous. A relationship of trust that spans over months is first built by the scammer, indicating their patience at making the fraud work. The fraudsters take a lot of time in walking their victim through the intricacies of their first-ever crypto purchase, pretending they are willing to help with it. This behavior is known as social engineering, which affects not only naive people but also tech-savvy ones who are aware of the scams already.

Pig butchering is the go-to choice of fraud among most romance scammers. The analogy is comparing the victim to a pig and the fraudster to the butcher. The same way that a farmer makes sure to nourish and fatten the pig, taking their sweet time before finally slaughtering them, romance scammers also first flatter and endear the victim before finally striking them with the blow of the fraud.

The FBI and NGOs

The FBI issued a warning against the romance scams that found new footing in 2020-2021. In 2020, the agency received well over 20,000 complaints related to such frauds. The majority of the said complaints were filed around San Francisco.

The bureau even issued an official warning statement that read, “The FBI San Francisco has seen a rising trend in which romance scammers are persuading individuals to send money to invest or trade cryptocurrency."

Sick of being bitten by fraud, former victims of crypto scams banded together to create the Global Anti-Scam organization (GASO), dedicated to fighting swindles in the crypto space. The organization reported that out of 1,200, 400 members were US citizens. The victims of romance scams deal not only with high debts but also with the emotional trauma that could last a lifetime. General crypto scams too can drive victims to bankruptcy, as was the case for most GASO members. GASO is determined to do its best to prevent scams from taking place rather than pour its resources into catching fraudsters once the crime takes place.

Crypto Basics
What Is Wrapped Bitcoin?
Wrapped Bitcoin is a relatively new concept, but one that could prove important to bringing liquidity to DeFi.
Oleh Decentralized Dog
1 year ago
3m
Crypto Basics
Play2Earn - Best NFT Games List
From Axie Infinity to CryptoBlades, here is a list of top play-to-earn blockchain games that offer users a rich gaming experience along with multiple opportunities to earn money.
Oleh Andrey Sergeenkov
11 months ago
8m
Bitcoin
Two Most Crypto-Friendly Countries Named… One of Them Will Surprise You
The U.S. has surged up the rankings after a series of bullish developments, but one European country has won plaudits for "progressive" laws and "favorable" tax rules.
Oleh Connor Sephton
3 weeks ago
3m
See all articles