What Is the Golden Ratio? The Beauty of Fibonacci Golden Pocket

By CryptoJelleNL
5m
4 months ago

From flowers, seashells, and human bodies to financial markets and trading techniques, everything depends on the Fibonacci sequence and the golden ratio. How is that possible? Read more! 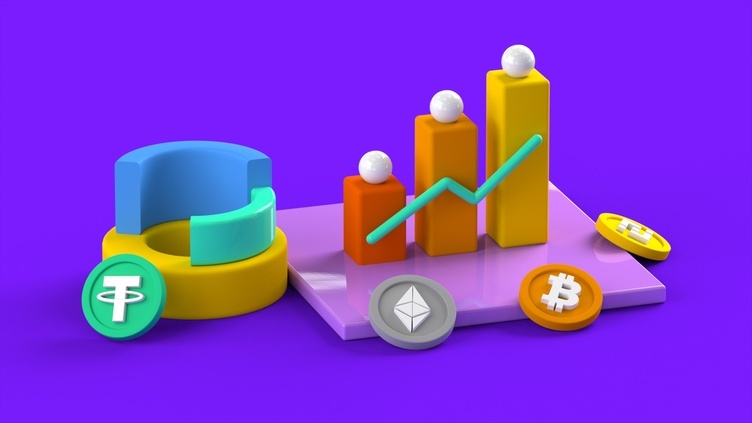 At first glance, these two images have nothing to do with each other. But there’s more to it than meets the eye! Today, we discuss the all-encompassing golden ratio or Fibonacci sequence. Once you know what it is, you’ll see it everywhere!

What Is the Golden Ratio?

The golden ratio is a seemingly alien relationship between numbers. I will try to explain it as simply as possible, using an example. Let’s take 2 numbers: 89 and 144. These numbers are in the golden ratio because the outcomes of 144/89 and (144+89)/144 are the same: 1.618. Any combination of numbers that produces the same outcome forms the golden ratio.

There is a whole list of these numbers: 1, 2, 3, 5, 8, 13, 21… and the list goes on. All of them have the same relationship as given in the previous example of 89 and 144. The visual below should create a clearer picture of how the relationship works.

It is important to note that in the lower numbers (say 5 and 8), the outcome is not exactly 1.618, but it is close. The higher the numbers are, the more accurate the calculation becomes. Just like your statistics classes in college!

Who Discovered The Golden Ratio? A Short History Lesson:

This golden ratio goes back all the way to the ancient Egyptians and Greeks. Their Mathematicians already had a strong understanding of the relationship between numbers. Empirical evidence of this can be found in the pyramids, in which the dimensions of the pyramids also result in a ratio of approximately 1.618. Leonardo Fibonacci figured out a longer sequence (the list) of numbers around the year 1200, hence the numbers are called the “Fibonacci sequence”.

Since then, many academics have made this mathematical relationship the core of their research, bringing us to where we are today. Without them, I wouldn’t be writing this article today.

The Golden Ratio in Art and Nature

Like I said, once you know what it is, you’ll see it everywhere. The painting below is called “The Great Wave off Kanagawa”. The spiral visualises the Golden ratio, and as you can see the painting clearly follows it. Countless other artworks follow it too, even the Mona Lisa!

For some reason, our brains are wired in a way that makes images more pleasing to the eye when they follow the golden ratio. Photographers among us will know the rule of thirds. This “rule” essentially tells the photographer to frame their images following the golden ratio.
The best part is, it’s not just man-made structures and art that follow the sequence. As already shown at the start of the article, even nature follows the pattern. Eggs, seashells, flowers, your own ear! The examples are countless. Even the distance from your soles to navel relative to the rest of your body is approximately 1:618. Amazing, is it not?

In simple terms, the golden ratio is a perfect relationship between numbers. The relationship is so strong that human behaviour is drawn to it. Nature is formed by it. It is truly remarkable how so many aspects of our lives are connected to this sequence of numbers in one way or another.

Now you’re probably wondering why we are covering this topic on Alexandria. This is trading-related content after all.

How to Use the Golden Ratio in Trading?

As discussed, human behaviour is drawn to the golden ratio. This is also reflected in markets. Especially in trending environments, the Fibonacci sequence is a great tool to identify price targets and support levels for pullbacks. My favourite Fibonacci numbers in trading are 0.382 (Because 1 minus 0.618 = 0.382) and 0.618.

These numbers can be used directly as price targets, but the real power of Fibonacci lies in relative movements. Remember when we talked about Fibonacci and art? Well, charts work in the same way. Let me show you.

I view Fibonacci as percentages. In this case, (the recent BTC price action) I drew the Fibonacci retracement on the chart, using the highest point around 52k and the low at 45.6k. As you can tell, the range also has two blue lines, 0.65 and 0.618.
This means that when the price reaches the lower blue line, 61.8%, the entire move (52k to 45.6k) has been undone. The second line is 65%. This is what we call the golden pocket.

You measure a move and then look for a part of that move to be undone. As I said, 38.2% and 61.8% are my personal favourites, but you can experiment with others as well. The tweet below is a great example of the 0.382 level being a great entry.

Another great way of using Fibonacci however is to find targets during price discovery. After Bitcoin broke the 2017 high, many people had the wildest expectations. Most of those expectations were purely hopes and dreams though.

Using Fibonacci however, you would’ve been able to get very close nailing that local top in April. Again, we measured the move from the 2017 highs to 2017 lows; but this time added 61.8% on top of it.

In my experience, the best setups happen when Fibonacci levels coincide with support & resistance levels on the chart. Essentially, whenever various methods of analysis point to the same area, you can be confident that that area holds importance.

How Do I Get the Fibonacci Lines on My Chart?

Assuming you are using tradingview, the third icon in your sidebar opens a massive list of Fibonacci-related tools, one more complicated than the other. In this article, I used the Fib retracement tool. To draw the lines, you work your way from left to right, clicking the relevant points in that order. You can customise which levels the tool shows in its style settings. Again, I personally like the 0.382 & 0.618 levels. The tool does the rest!

To Sum It Up

Human behaviour is more related to numbers than we think. Fibonacci is everywhere, where it is flowers, buildings, animals, or trading. So make the best of this sequence on your way to perfection!

Trading Analysis
Crypto vs Stocks - A Comparison
New to financial markets? Not sure what's the most profitable investment option? Here is a detailed and neutral analysis of crypto vs stocks. Find out which asset you chose go for!
By CryptoJelleNL
2 weeks ago
4m
Trading Analysis
Bitcoin Volatile With Opportunities, DOT Doubles in a Week: A Weekly Market Review by TokenInsight
TokenInsight looks at Bitcoin's wild price ride, and how DOT seems to be doing quite well for itself.
By TokenInsight
1 year ago
7m
Trading Analysis
HODL or DUMP? The Sandbox (SAND) Price Prediction for 2022
Good things come to those who HODL! Are you still holding The Sandbox (SAND) or looking for an entry point? Read more to find out!
By Scarpa
5 months ago
6m
See all articles