By Werner Vermaak
5m
1 year ago

You might already be familiar with dead coins if you participated in the 2017 ICO craze. If you didn't, we break down where all these "dead" coins come from. 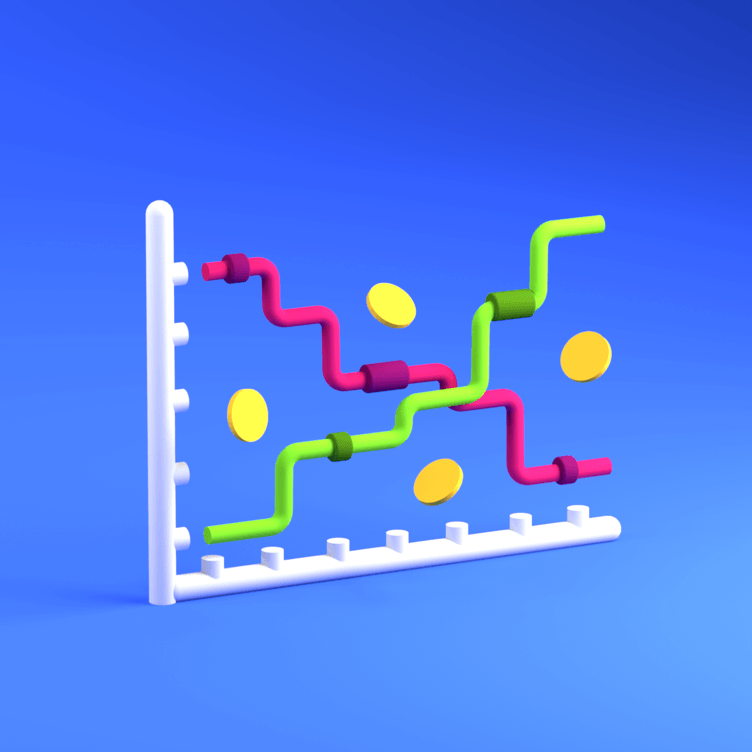 Although cryptocurrencies are a revolutionary force in both tech and financial sectors, not all digital currencies bring real value to their holders. In fact, the overwhelming majority of them don’t.

The crypto industry is littered with the remains of so-called “dead coins” that were launched with great fanfare but ultimately had minimal to zero benefit to anyone. These coins usually suffered an ignoble and often deliberate death as their creators cashed out users’ investments and left bagholders (deadheads?) to wonder where the value of their portfolio went.
The proliferation of these coins gained momentum during the initial coin offering (ICO) craze that rocked the space in 2017. ICOs raised the number of available coins from 29 to over 850 projects. In 2018, developers launched more than 1,200 crypto projects, adding even more to the space. In December 2020, the total number of cryptocurrencies reached nearly 8,000. During this year, a new type of scam, so-called “rugpulls,” has given rise to a new generation of dead coins.

Not all of these coins have maintained or in fact even started active circulation. In fact, it’s likely that many investors may be holding on to dead crypto coins.

Dead coins are digital assets of projects that have been abandoned, turned out to be scams, have low liquidity or have insufficient funding, among many other reasons.

On the crypto meter, they are so-called “s***coins” that have been flushed of all value but continue to float around in the murky depths of crypto’s most depressing blockchains, devoid of all hope, abandoned for all eternity, running out of oxygen on the race to the moon.

You’ll often find dead coins by clicking the “Show All Balances” tab on your Binance wallet section, or by doing a search on your wallet’s public address.  Be warned: for any crypto user with more than two years of investment under their belt, the sight of their vanquished moonshot coins may be too much to bear.

There are websites such as Coinospy and Deadcoins that track deceased crypto projects floating in this dead space. Reporting dead coins can even earn you extra money or recognition from these sites.

How Can We Tell If A Crypto Coin Is Dead?

Is crypto dead, or is it a scam? Scams are crypto projects that lure investors with promises of high returns, often followed by empty promises once investors have made an investment. Sadly, it is estimated that 80% of all 2017 ICOs were indeed scams.

Every bona-fide project starts with high expectations and best intentions, believing fervently that they’ll find favor among cryptocurrency traders. However, some of them quickly fall victim to low trading volumes, due to limited listings on leading exchanges. In the cryptocurrency space, up to 60% of all projects have inferior liquidity.

Generally, low trading volumes imply that the crypto asset lacks either utility or trader interest, and this leads swiftly in most cases to abandonment. It’s estimated that six in ten coins with negligible volumes are no longer supported by their developers. Platforms tracking dead coins consider a cryptocurrency dead or abandoned if it has had a trading volume of less than $1,000 within three months.

These are projects without a concrete plan, yet they still seek investments, sometimes getting unexpected interest way over what they had intended. Interestingly, some crypto enthusiasts do see value in them initially and bet their money. For example, Useless Ethereum Token (UET) held an ICO and attracted more than $300,000.
While there are outliers like Dogecoin and MEMEcoin, for every joke coin that makes it, nine others fall flat. In the current list of dead coins in crypto, joke projects account for 3%.

Less or No Funding

BitConnect (BCC) – BCC was the biggest Ponzi scheme in the cryptocurrency industry. It provided a platform to trade Bitcoin for its native currency and receive high yields.
A bot programmatically calculated yields due — however, the calculations raised eyebrows among investors. Its woes started towards the end of 2017 when UK financial regulators raised concerns about its legitimacy.
BitConnect enjoyed early success thanks to a big marketing budget and the rise of Bitcoin, however, In early 2018, regulators in Texas labeled it a Ponzi scheme. Shortly after, it shut down, causing the price of BCC to crash by 9%. Soon enough this infamous signature rallying call by main cheerleader Carlos Matos became Bitconnect’s death rattle and has since become one of the most enduring crypto memes out there. All together now kids. “BitConneeeeeeeeectttt!”

Cause of Death: Scam

Aeron (ARNX) – Areon’t you sorry you bought this dead coin? Originally, ARNX was among tradable coins on Binance. The exchange later delisted the coin, sending its price spiraling down by up to 90%.

Its founders minted 10X more tokens but never distributed them to the community. Unfortunately, whoever raised the issue on social media platforms was blocked. Although the core team noted it would unlock the extra coins later, they continued releasing them over a seven-day period instead, negatively impacting the price.

Cause of Death: Suicide

VegasCoin (VEGCOIN) – This is an example of an abandoned project. Reports indicate the project was acquired by another company that discontinued operations. VEGCOIN targeted the sports betting ecosystem.

Cause of Death: Vegas, baby!

Storeum (STO) – STO died due to a dwindling market. On its website, it has an order book with only 18 entries. It also has a liquidity depth of zero Ethereum (ETH) coins, with a price of $0.000012. Not such a great store of value as its name implied after all.

Cause of Death: Hypothermia (Crypto Winter)

Cause of Death: Abandonment

How to Avoid Projects That Might Become Dead Coins

In the vast crypto ecosystem, the possibility of having a dead coin in your portfolio is very likely — but don't ask "is crypto dead?" too soon — due diligence when investing in altcoins can provide critical insights into trustworthy projects.

For example, scam dead coins in crypto can be avoided by evaluating their ROI promises. Most of them promise “guaranteed returns” despite cryptos being highly volatile and speculative.

How to spot a dead coin walking? Observing a project’s presence and activity on social media platforms can shine a light on future dead coins as well. In addition, viable coins are listed on reputable exchanges such as Binance, which have noticeably high liquidity.

Dead coins in crypto have often derailed developments. Fortunately, just the knowledge that these types of currencies exist is enough to help investors make informed decisions.

As more dead coins continue to keep up the illusions of good projects, investors can rely on extensive background checks, profit statements, availability on exchanges and trading volumes to select a valuable currency in a sea of junk projects.

Crypto Basics
Best Apps for Cryptocurrency in India
CoinMarketCap takes a look at some of the top cryptocurrency apps in India.
By Kevin Dwyer
8 months ago
6m
Crypto Basics
A Complete Overview of the DAOs Ecosystem
Everything you need to know about DAOs and the different purpose they serve.
By Will Kendall
3 weeks ago
36m
Crypto Basics
How Will Ethereum 2.0 Reduce Energy Consumption?
Ethereum Mainnet is expected to merge with the beacon chain proof-of-stake system in early 2022. Find out how it is expected to reduce Ethereum's energy consumption by an estimated 99.95%.
By Andrey Sergeenkov
1 month ago
5m
See all articles