Voyager Allowed to Pay $1.6M Bonus to 34 Staff by Judge, as Thousands Remain Locked Out of Accounts

In other developments, Voyager Digital has offered a status update for those whose crypto balances remain frozen. 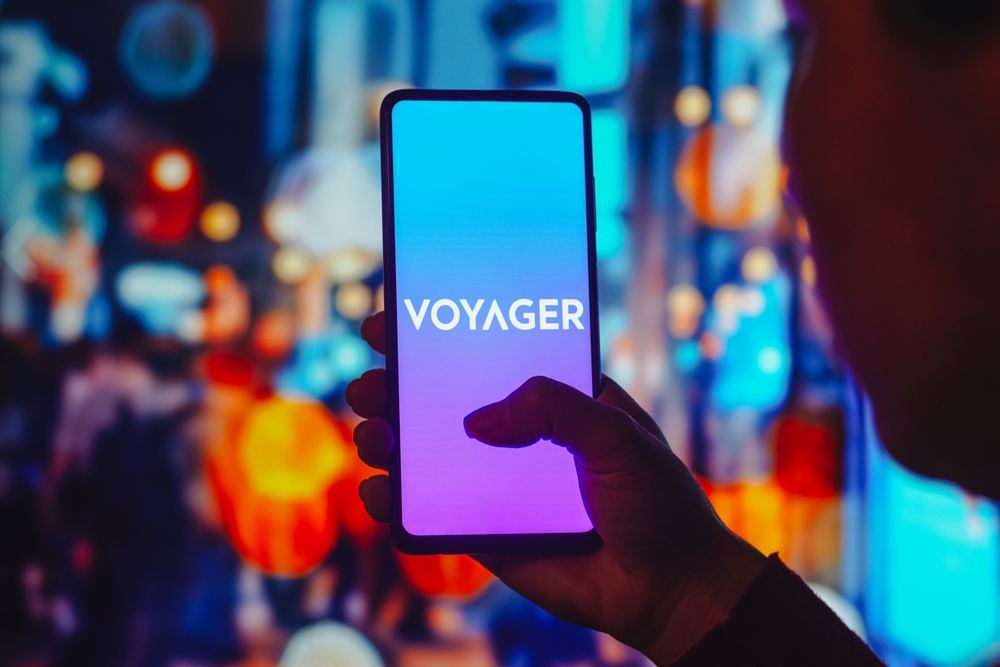 Voyager Digital is going to pay $1.6 million in bonuses to 34 "key" staff after the embattled company reached a compromise with creditors.

The bankrupt crypto lender had come under fire after proposing that 38 employees would share $1.9 million — a strategy that was designed to prevent them from leaving.

But a committee representing customers who remain locked out of their funds formally objected, and asked why such financial incentivization was even necessary.

It's now been confirmed that each employee will receive a total of 22.5% of their annual salary — 55% now, and the remainder in a maximum of 12 months' time. That's slightly less than the 25% initially suggested.

What's more, Voyager has also vowed to begin cost-cutting measures immediately that will result in the business saving approximately $4.6 million.

Voyager was facing objections from disgruntled customers who wanted to know why "already well-compensated employees" are in line for bonuses, while thousands of people locked out of their crypto savings for almost two months struggle to pay their bills.

But the company has long maintained that each employee is essential because they have "invaluable" institutional knowledge — and losing them could affect the company's operations, and mean it takes longer to unfreeze withdrawals.

Elsewhere in court filings, Voyager revealed that 19 employees have quit since the Chapter 11 bankruptcy proceedings began — and in the company's eyes, the costs of replacing them outweigh the expense of paying bonuses.

At a hearing on Wednesday, Judge Michael Wiles sided with Voyager — and declared he would approve the revised plan. In his view, it will be able to maximize its valuation as negotiations with potential buyers continue, and in turn, this could also assist with unfreezing withdrawals.

As compelling as these reasons may be, it's highly likely that customers who remain unable to retrieve their crypto savings will be frustrated by this development. So far, Voyager users have only been able to make withdrawals of cash balances that were sitting in their account.

In other developments, Voyager Digital has offered a status update for those whose crypto balances remain frozen.

Affected customers are going to receive an email that enables them to see their holdings as of July 5. No further action is required if there isn't a dispute about the balance.

However, those who do have a dispute will need to submit a proof of claim by Oct. 3 — and all of this indicates that there may be little chance of crypto balances being unlocked soon.

Separately, a deadline has been extended for crypto businesses that are currently weighing up whether to launch a takeover bid for Voyager.

Potential suitors will now have until Sept. 6 to put forward a proposal — and if relevant, a sale hearing will then be scheduled for Sept. 29.

FTX was one of the notable crypto exchanges that made an early offer, but their valuation was dismissed as a "low-ball bid" that was dwarfed by rivals.

As all of this drama continues, every tweet that Voyager Digital sends is accompanied by devastating replies from those who face prolonged uncertainty about the future. One wrote:

"Please Voyager give us our crypto back. My kids college fund is completely locked up. I don’t know how to tell him he is not going to be able to attend his dream school this fall."

Altcoins
Binance to Make Another Bid for Voyager Digital — And Unveils $1 Billion Crypto Recovery Fund
"As a leading player in crypto, we understand that we have a responsibility to lead the charge when it comes to protecting consumers and rebuilding the industry," CZ says.
Por Connor Sephton
2 days ago
3m
Altcoins
Amazon Plans Eight-Episode Drama on FTX's Collapse
Given how it's a tale of billions of dollars vanishing overnight — with drugs and sex in a Bahamas penthouse thrown in — the show could end up being a gripping watch.
Por Connor Sephton
2 days ago
2m
Altcoins
New York Times Criticized as It Confirms Sam Bankman-Fried Will Appear at DealBook Summit
The New York Times had already attracted the ire of crypto enthusiasts for what was regarded as an overly sympathetic interview with Bankman-Fried following FTX's collapse.
Por Connor Sephton
2 days ago
2m
See all articles