According to several reports, Terra's legal team threw in the towel in May shortly after the collapse. 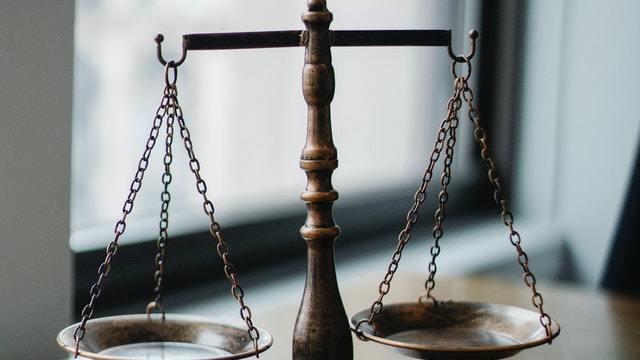 Even though Do Kwon's fork proposal has not yet been voted on, there's never a dull day in Terraland.
Today, news broke that Terra's legal team, consisting of general counsel Marc Goldich, chief corporate counsel Lawrence Florio, and regulatory counsel Noah Axler had all left their positions briefly after the infamous UST collapse. Decrypt obtained the following info in an email:

"The past week has been challenging for Terraform Labs, and a small number of team members resigned in recent days. The vast majority of team members remain steadfastly committed to carrying out the project’s mission."

Interestingly, the three had been working for less than a year at Terra. Goldich joined the company in August 2021, while Axler and Florio were onboard since January 2022. Crypto Twitter was rife with speculation that the trio resigned over upcoming lawsuits, and the first indicators may be pointing that way:

Furthermore, South Korea's ruling party has reportedly called for a parliamentary hearing into the UST collapse, which would include summoning Do Kwon to attend and testify.
Meanwhile, voting on the Terra fork proposal has begun, with those in favor of a fork jumping out to an early lead. You can follow the vote in real-time here.
This article contains links to third-party websites or other content for information purposes only (“Third-Party Sites”). The Third-Party Sites are not under the control of CoinMarketCap, and CoinMarketCap is not responsible for the content of any Third-Party Site, including without limitation any link contained in a Third-Party Site, or any changes or updates to a Third-Party Site. CoinMarketCap is providing these links to you only as a convenience, and the inclusion of any link does not imply endorsement, approval or recommendation by CoinMarketCap of the site or any association with its operators. This article is intended to be used and must be used for informational purposes only. It is important to do your own research and analysis before making any material decisions related to any of the products or services described. This article is not intended as, and shall not be construed as, financial advice. The views and opinions expressed in this article are the author’s [company’s] own and do not necessarily reflect those of CoinMarketCap. CoinMarketCap is not responsible for the success or authenticity of any project, we aim to act as a neutral informational resource for end-users.
12 people liked this article

Crypto News
Financial Times: Celsius CEO Mashinsky Traded Company Bitcoin Personally
The troubled crypto lender may have not been helped by its CEO's trading decisions.
Por {{autor}}
1 month ago
1m
Crypto News
Crypto News, May 13: Terra Blockchain Halted, LUNA and UST Delisted, SBF Buys Stake in Robinhood
The Terra Foundation halted its blockchain, LUNA and UST tokens were delisted on major exchanges. Meanwhile, SBF bought 7.6% of Robinhood and a former crypto queen is wanted by Europol.
Por {{autor}}
4 months ago
2m
Crypto News
Bitcoin Drops to $40,000 as Ukraine Fears Grow
In other developments, a report by Yahoo! Finance suggests that an executive order relating to digital assets is imminent — and could be released as early as next week.
Por {{autor}}
7 months ago
1m
See all articles