CoinMarketCap looks at the most exciting events in the NFT space — from OpenSea acquiring NFT aggregator Gem, to a smart contract error in the hyped Akutar NFT launch resulting in $34M locked 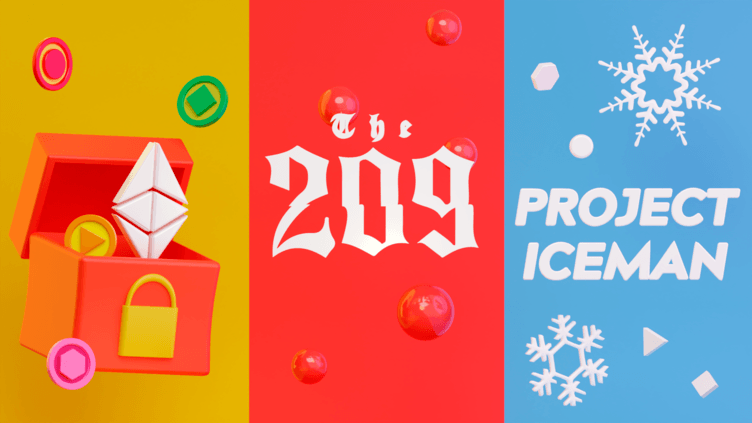 Sometimes, the best things in life are not always free. A handful of non-fungible tokens (NFT) collectors are having to learn this the hard way after losing around $2.8 million to hackers promising free Yuga Labs-linked NFTs.

In another awry story, a hyped NFT launch hit the rocks over the weekend, with the creators being unable to access $34 million from the mint. The funds will remain locked forever due to a smart contract error.

Here’s a rundown of some of the top stories from the NFT space over the past week.

Taking a look at the NFT-500 index on Nansen, we see that while other sectors such as Art and Metaverse collections have largely trended downwards the last couple of weeks, social collections have rebounded strongly. The sector is breaking new all time highs in terms of market capitalization, fueled by strong performances across the board.
Will other sectors see a similar recovery in the coming weeks? Only time will tell. Nansen is free to sign up and dashboards such as the NFT paradise, NFT indexes are available to users with an account.

Earlier this week, the official Instagram account of the Bored Ape Yacht Club (BAYC) was hijacked by hackers. Having gained access to the account, the attackers proceeded to share a malicious link that redirected users to a fake site where their NFTs were stolen.
Confirming the incident on Monday, BAYC took to Twitter to warn users. However, the warning did little to stop the attackers from fleecing unsuspecting victims.

“There is no mint going on today. It looks like BAYC Instagram was hacked. Do not mint anything, click links, or link your wallet to anything.”

Recall that in March, the creator of the BAYC NFT collection, Yuga Labs, released a teaser trailer for a new project called Otherside. Although the teaser did not explicitly state what the project was about, the consensus is that Otherside is an upcoming metaverse project scheduled to drop on April 30.

The hackers capitalized on the upcoming project to trick users. Those who clicked on the fake link were taken to a site where they could claim free NFT land for the upcoming Otherside metaverse. Users were urged to connect their Ethereum wallets even if they didn’t own a Bored Ape to claim the free airdrop. Those who did had their NFTs stolen.

A total of 91 NFTs were stolen during the attack. The combined value of the stolen items was around $2.8 million at the time of the attack. And according to blockchain sleuth zachxbt, the hackers went away with some high-profile NFTs, including four Bored Apes, seven Mutant Apes, and three Bored Ape Kennel Club NFTs.

“This morning our team was alerted that the Bored Ape Yacht Club’s official Instagram account was hacked. The hacker posted a fraudulent link to a copycat of the Bored Ape Yacht Club website, where a safeTransferFrom attack asked users to connect their MetaMask to the scammer’s wallet in order to participate in a fake airdrop,” Yuga Labs said in an official statement.

In the meantime, the company said that it was working to “establish contact with affected users.”

OpenSea has continued to expand its presence within the NFT scene. The leading NFT marketplace has purchased Gem, an Ethereum NFT marketplace aggregator that lowers transaction fees by allowing batch purchases from multiple platforms.
The company announced the move in an official statement this week, revealing that the decision is aimed at serving more advanced NFT traders.

“As the NFT community grows, we’ve recognized a need to better serve more experienced, ‘pro’ users, and offer more flexibility and choice to people at every level of experience."

Despite the acquisition, Gem will continue to operate as an independent company, working on its own features and products. Surprisingly, Gem reportedly told investors that the acquisition was rather “unexpected” but would help accelerate its next stage of growth. Notably, the company will have access to OpenSea’s infrastructure, resources and distribution channels.

Meanwhile, one of the co-founders of Gem had been previously accused of rape and sexual harassment. The pseudonym co-founder known as Neso is allegedly the same individual as the banished Twitch streamer Josh Thompson. Responding to this, Finzer said his company was aware of the allegations against the now-former exec. He said:

“During the course of our diligence, we learned about, and immediately surfaced, some deeply concerning allegations against a now-former member of Gem’s leadership team who operated under the pseudonym Neso. Upon investigating the allegations, the employee was immediately exited prior to the close of this deal. This individual has never and will never be affiliated with OpenSea.”

Akutars, a 3D avatar project based on an original character (Aku) created by former Major League Baseball player Micah Johnson, was scheduled to launch last Friday. However, things didn’t go as planned as a flaw in the project’s smart contract locked away $34 million worth of Ethereum, meaning the creators cannot access the said funds.
The NFT project consists of 15,000 NFTs with randomly generated traits. Owners of the original Aku NFTs were given a free avatar for every piece they held. The remaining 5,500 collectibles in the collection were put up for sale via a Dutch Auction on Friday, with a starting price of 3.5 ETH, or around $10,350.
Following the launch, some members of the NFT community tried to draw the attention of the creators to the said exploit. One Twitter user named Hasan reportedly tried to warn the developers of an issue with the smart contract but was assured that fail-safes had been put in place to prevent its occurrence. According to a thread by Ethereum developer 0xInuarashi, another user named USER221 triggered the suspected flaw, halting withdrawals and refunds from the smart contract.
USER221 included a note in his transaction urging the developers to “please do bug bounty on [their] contracts or have them audited at least.” In another transaction, the user said they would eventually unlock the project.

“Well, this was fun, had no intention of actually exploiting this lol. Otherwise, I wouldn't have used Coinbase. Once you guys publicly acknowledge that the exploit exists, I will remove the block immediately.”

Although the project began working again, another bug popped up, as explained by 0xInuarashi. Apparently, Aku developers coded the smart contract to allow bidders to receive a refund first before the team could make any withdrawals. The caveat was that a minimum number of bids had to be made before the team would be allowed to withdraw. This minimum number was set to be equal to the amount of NFTs available for auction, failing to account for multiple bids within the same transaction.

As expected, some buyers attempted to mint multiple NFTs within the same bid. This rather simple oversight meant that the terms of the smart contract were never fulfilled, resulting in locking away 11,539 ETH or about $34 million within the smart contract. Ultimately, Aku developers cannot withdraw any funds from the sale, and NFT owners who hold Akutar Mint Pass NFT cannot also receive the promised 0.5 ETH refunds.

In a postmortem Twitter thread on Friday night, the Aku team admitted that USER221 only tried to highlight the flawed smart contract, with no intent to cause harm.
Aku creator Micah Johnson also apologized for shrugging off other developers that first reported the issue. He tweeted:

“I completely own up to that. I'm unfortunately not a developer and spoke prematurely about what I understood wasn’t a problem but ended up being. I’m really really sorry.”

Moving forward, the Aku team will issue the 0.5 ETH refunds to pass holders from funds pulled from previous sales. Buyers will also be airdropped their Akutars NFTs via a new smart contract, which has already been released to the public for vetting.

“The mistakes that were made are no more costly to anyone than myself. I’ve reinvested most everything into building Aku… Most everything will go back to refunds and we will keep building what we set out to do. Brick by brick.”

‘Project Iceman’ Turns to the NFT Community for Funding

Following the ease of raising funds from NFTs, a growing number of films are turning to NFT communities for capital. A new documentary following Anders Hofman's attempt to complete the first long-distance triathlon in Antarctica is looking to raise funds from NFT sales.

Dubbed “Project Iceman,” the producers of the film had earlier rejected a $1.25 million offer from a streaming service on the grounds that it afforded them “limited creative freedom.” Instead, the project is building an NFT community around the film, with the promise that holders will become "investors and digital owners of the film."

“Get access to 1 of 10,000 limited premiere tickets to the exclusive virtual world premiere of the Iceman film in July 2022 and 226 NFTs that include tickets to red carpet premieres, pre-access to future events and NFT drops, owning a part of the film, becoming a producer, and more."

The crowdfunding process has been categorized into four NFT tiers, with perks such as access to future events and NFT launches, access to physical premieres, and ownership of 10-second clips of the film.

A number of films have launched similar fundraising efforts. As reported by CoinMarketCap in its weekly “Non-Fungible Thursdays” roundup, the indie film "Calladita" was partly funded by Nouns DAO, the decentralized autonomous organization behind the Nouns NFT project. The collaboration included a “product placement” deal that would see the NFTs featured in the film.

While most creators and artists in the NFT space will do all they can to promote their project, Mixed Martial Arts and UFC icon Nate Diaz has thrown some heavy punches at a project featuring him.

Last week, the UFC launched its “209 Drop" NFT collection, which featured Nate Diaz and his fellow UFC fighter brother Nick Diaz. In an apparent show of disapproval over the UFC’s move, Nate said that the NFTs were “bullshit.” He tweeted:

The digital collectibles featured video files of moments from the Diaz brother's fights in the UFC, similar to NBA Top Shots, which highlights top moments from basketball.

It is worth mentioning that Nate’s outburst is not directed at the NFT mania but at the UFC. Back in 2016, the fighter came under investigation by the U.S. Anti-Doping Agency (USADA) for vaping cannabis at the UFC post-fight press conference. "It's CBD," Diaz said. Adding that:

"It helps with the healing process and inflammation, stuff like that. So you want to get these for before and after the fights, training. It'll make your life a better place."

In October 2016, the USADA issued a warning to Nate while Nick was fined and suspended for five years for testing positive for marijuana in 2015. However, the World Anti-Doping Agency (WADA) removed Cannabidiol, aka CBD, from its prohibited list in 2018.