As well as one-of-a-kind non-fungible tokens of the men's squad, LFC is offering a limited-edition collection that will cost fans $75 and offer a range of exclusive perks. 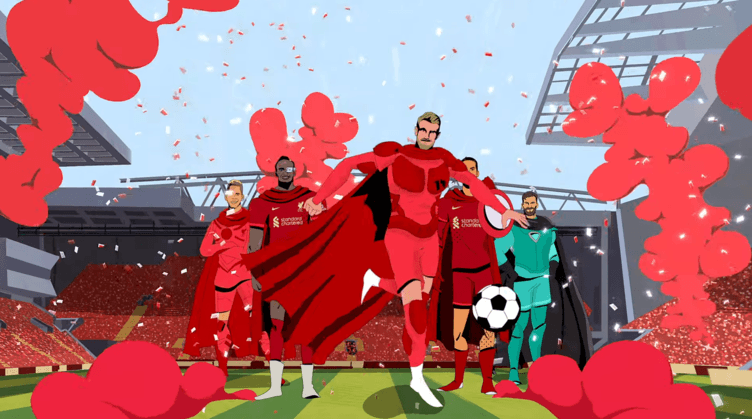 Liverpool Football Club are releasing an NFT collection that depicts their men's squad and charismatic manager Jürgen Klopp as superheroes.

According to Sotheby's, the legendary auction house that is orchestrating the sale, lucky owners of 24 one-of-a-kind "legendary" NFTs will be invited to join the LFC Heroes Club.

Auctions for the one-of-a-kind NFTs are going to kick off on Wednesday March 30 at 2pm UK time, with starting bids set at $100. Describing the collection, Sotheby's said:

"The 1/1 'Legendary' NFTs represent the team's superpowers at their most powerful. Each of them has a unique strength — an unstoppable brilliance that together comprises the greatness of LFC."

NFTs have come in for criticism for their astronomical price tags, with some of the rarest crypto collectibles going under the hammer for millions of dollars.

Sotheby's says it is attempting to make this collection affordable by also offering limited-edition "hero" NFTs that are available for $75 each.

Buyers will receive a footballer at random "with a unique combination of Match Mode, Fresh Mode and Super Mode traits" — meaning that the possibilities are endless when it comes to which NFT will be generated:

"It's a mystery which collectible you'll receive until after the sale has finished, just like opening a pack of football stickers."

Some of the perks associated with owning the LFC NFTs include a Discord chat where collectors can interact with fellow members, alongside "virtual hangouts, competitions, guest appearances and retail discounts."

The scrutiny surrounding the environmental impact of blockchain technology has prompted major brands to ensure their projects are as eco-friendly as possible before launch — reducing the risk of a backlash from fans.

According to Sotheby's, the LFC NFT collection is going to be minted using the Polygon blockchain, adding:

"Creating an NFT on Polygon has the same carbon impact as sending just 2.5 emails, which means LFC NFTs consume 99.95% less energy than projects on Ethereum."

A significant chunk of the revenues raised through the NFT sale is also going to be donated to the LFC Foundation. This is the football club's official charity — "working within disability sports programmes, education and life skills, and women and girls' football."

The collection's official site says that 50% of the proceeds from the sale of the one-of-a-kind NFTs, alongside 10% of the sales from its limited-edition collection, will be donated to the foundation — as well as 10% of resale royalties.

Each NFT has been created by the British illustrator and graphic artist Dale Edwin Murray.