Film NFTs: What Are They?

There is a new way to invest in your favorite Marvel movies - buy their clips as NFTs! Read more! 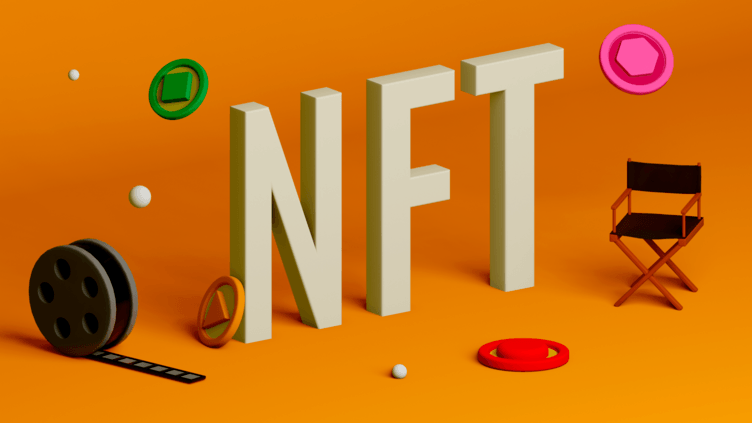 If you are somewhat up to date with the crypto world, there are high chances that you have come across the term, NFT. NFTs or non-fungible tokens are digital assets that represent ownership of an asset, whether virtual or rea-world, for example, digital art and GIFs. NFTs are not "cryptocurrency", however, they do function similarly with the decentralized ledger system present on both. Cryptocurrencies like Bitcoins are fungible, meaning that one Bitcoin could be swapped for another, as all Bitcoins are the same. NFTs, however, are one of a kind, where the identity of each collectible token is unique and traceable back to its creator and buyer. The receipt for the NFT transactions is recorded on a ledger that is available to the public, thus ensuring transparency.
Subscribe

Are NFTs Exclusive to Art?

Within a short period of time, the NFT space emerged as not only a profitable industry, keeping up with the trillion-dollar crypto space, but also an innovative new feat. The tokens revolutionized the taken-for-granted category of digital art. After taking over the art world, NFTs are now no longer restricted to the art niche with pieces portraying digital JPEGs of bored apes as in the BAYC and pixelated figures as in Larva Labs' Cryptopunk. The tokens have seeped into other genres to the point where almost anything can be an NFT.
The popular meme "disaster girl", for example, featuring Zoe Roth and clicked by Dave Roth, brought in a whopping $401,718. Similar internet-famed memes and phenomena have seen a warm reception in the NFT community, with there being no restriction of keeping the format restricted to pictures only.
The OG YouTube sensation, "Charlie Bit My Finger" bagged $760,999, proving that NFTs were just as valuable in the format of video. It also constitutes longer video formats, such as documentaries and movies. Film NFTs are now a thing! The introduction of non-fungible tokens in the industry is set to allow the funding of movies, with holders getting equitable shares in the net revenues made by the film at the box office.

Some Film Projects as NFTs

Although films released as NFTs are a relatively new thing. Many producers and firms are readily diving into it with hopes that this medium will perform well in the future. Following are the pioneers of NFTs in films.

The Oscars 2016 nominated documentary “Claude Lanzmann: Spectres of the Shoah" became an NFT recently. Although the documentary had initially aired on HBO, the public was not given any more access to it otherwise, for digital or physical purchasing. In the crypto market, the 10, first edition copies of the documentary were each sold in cryptocurrency worth US$375,000.

This surge is not exclusive to documentaries as is evident from the Mila Kunis, Jane Fonda, and Chris Rock starrer animated series called Stoner Cats made US$8.4m, thanks to the tokenization of the episodes, where each episode was sold as NFTs to be accessed by viewers. They sold out quickly, in about less than 40 minutes, showing people's desperation in one-upping one another when it comes to purchasing NFTs.

Moreover, NFTs are also being used as a source of film promotion, with NFTs of popular fan favorites dropping right around the time of release. For Marvel's Deadpool 2 for instance, exclusive NFTs were launched specifically for those who had bought tickets to watch the movie in theatres. This directly boosted footfall in cinema for the film. Additionally, NFTs have massive potential in the superhero world, as can be observed by the immensely successful Spiderman NFT short clips and JPEGs that were launched around the date of the release of Tom Holland starrer "Spiderman: No Way Home". Superhero collectibles have, for a long time, been a hot topic among fanatics, especially with the likes of Marvel and DC, with Marvel currently taking the cake with nearly every film since 2008's IronMan being profitable for the producers.

US media giant Fox announced its launch of an NFT subsidiary while also announcing a Blockchain-based series. According to a Fox spokesperson, under the direction of Rick and Morty creator, Krapopolis, and production by the company Enderby Entertainment, the series is all set to be the “first-ever animated series curated entirely on the blockchain”. Enderby Entertainment partnered with a fintech blockchain firm, CurrencyWorks Inc, to pioneer the very first feature film viewing and distribution program by the name VUELE. VUELE is all set to enable users to collect, watch and trade exclusive, limited edition movies through their membership on the platform.

The NFT community Arabian Camels announced that they would be piling in $50 million into a movie produced by Hollywood under the name of "Antara". Antara would be a historical yet somewhat fantastically fictitious retelling of how the ancient Arabian knight, Antarah Ibn Shaddad, spent his days. With the incorporation of the cryptocurrency exchange Moonpay, the NFT's original release date was Jan 14. Antara, the film, would be unique in the sense that for the first time people would be able to own rights to a Hollywood film and thus, be directly affected by the performance of the film that they hold. Moreover, access to streaming revenue from the film would also be granted, making the whole idea sound like a win-win situation.

The producer of the film, Josef Brandmaier, firmly believes that "The impact that Arabian Camels will have on Hollywood is immense. This is an exciting and revolutionary move that will inject a whole new lease of life into the movie business,” and he has a valid point. Antara is enabling the concept of providing access for holders to assets in Hollywood, a truly new concept to some while intriguing to others. For better or for worse, the film would definitely change the role of movies in the NFT space.

Film producers have especially used NFTs to facilitate the financial aspects of their projects by utilizing brand new methods to raise the finance for their films. The US-based film financier, Forest Road Company, announced the closing of a fund worth $20 million, which will allow independent content creators to monetize their content and earn money through it. Pre-production investments would be made with $20 million at hand, while in exchange, holders would be allowed to purchase and sell assets using NFTs. Once the pre-production investment is recovered by Forest Road, the producers will have access to the royalty revenues brought in using NFT.

Many investors are inclined toward investing in pre-production finance. The producers themselves could raise money for brand new fan productions in a manner not much different from crowdfunding. This could be achieved by putting up clips, artwork, and JPEGs from films for sale. Contrary to the numerous NFTs that do not amount to anything in the real world, these NFTs are special.
NFTs in films is a collective venture of the business or corporate world joining hands with the community to create a platform profitable across the board. Although the functioning of regular NFTs and film NFTs are pretty much the same, the incorporation of the real tangible world with the otherwise virtual world of NFTs is what sets movie NFTs apart. The holders of such assets are able to stake them even while the movie is still under production, thus extracting yield before the release of the film, all the while also having ownership of the NFT, perks of which they can enjoy through royalty fees pouring in.

Film NFTs - What Does the Future Hold?

Garret Minks, CTO of RAIR TECH, believes that the movie industry can formulate an effective business model using Web3 if NFTs are incorporated in the form of authentication to access the streaming services, while scalable capital is formed through Decentralized Autonomous Organizations or DAOs.

"Last year, the ConstitutionDAO proved how fast a community could be galvanized to fund an issue by raising over 47 million dollars in less than a week to purchase a copy of the US Constitution. More recently, the BlockbusterDAO formed around reviving the Blockbuster brand as a Web3 business. Combined with streaming infrastructure that can read the blockchain at scale using services like Moralis, there will be a revolution in creator-centric funding for movies where funds are distributed in a more equitable manner for all parties,” expressed Minks.

BigONE Chairman Anndy Lian, stated that despite the current static art reputation of the NFTs today, in the near future, NFTs could make interactive films possible with viewers actively engaging in searching for NFT gifts. “Product placements on screen can also be interactive and accountable through the usage of blockchain technology and crypto. This will bring utility to the next level. This will bring movie funding to new heights too as they are able to monetize basically every minute,” Lian stated.
This article contains links to third-party websites or other content for information purposes only (“Third-Party Sites”). The Third-Party Sites are not under the control of CoinMarketCap, and CoinMarketCap is not responsible for the content of any Third-Party Site, including without limitation any link contained in a Third-Party Site, or any changes or updates to a Third-Party Site. CoinMarketCap is providing these links to you only as a convenience, and the inclusion of any link does not imply endorsement, approval or recommendation by CoinMarketCap of the site or any association with its operators. This article is intended to be used and must be used for informational purposes only. It is important to do your own research and analysis before making any material decisions related to any of the products or services described. This article is not intended as, and shall not be construed as, financial advice. The views and opinions expressed in this article are the author’s [company’s] own and do not necessarily reflect those of CoinMarketCap. CoinMarketCap is not responsible for the success or authenticity of any project, we aim to act as a neutral informational resource for end-users.
11 people liked this article

Crypto Basics
Nike's New NFT Drop Will Connect Virtual Sneakers to Real Ones
Cryptokicks iRL combines an avatar-ready NFT sneaker paired with an auto-lacing physical sneaker that connect to its digital companion with haptic feedback and gesture control.
Por Aden Batool
2 days ago
2m
Crypto Basics
Last Week on Crypto Twitter: I Am A Large Language Model
Sam-Bankman Fried, Elon Musk, punk6529 all have something to say this week — and not everyone wants to hear it.
Por Aden Batool
3 days ago
5m
Crypto Basics
Coinbase Drops iOS NFTs As Apple Extends 30% Cut to Gas Fees
The top U.S. crypto exchange turned off Coinbase Wallet's ability to handle NFTs after the App Store demanded 30% of the transaction fees for sending the tokens from one address to another.
Por Aden Batool
1 week ago
3m
See all articles