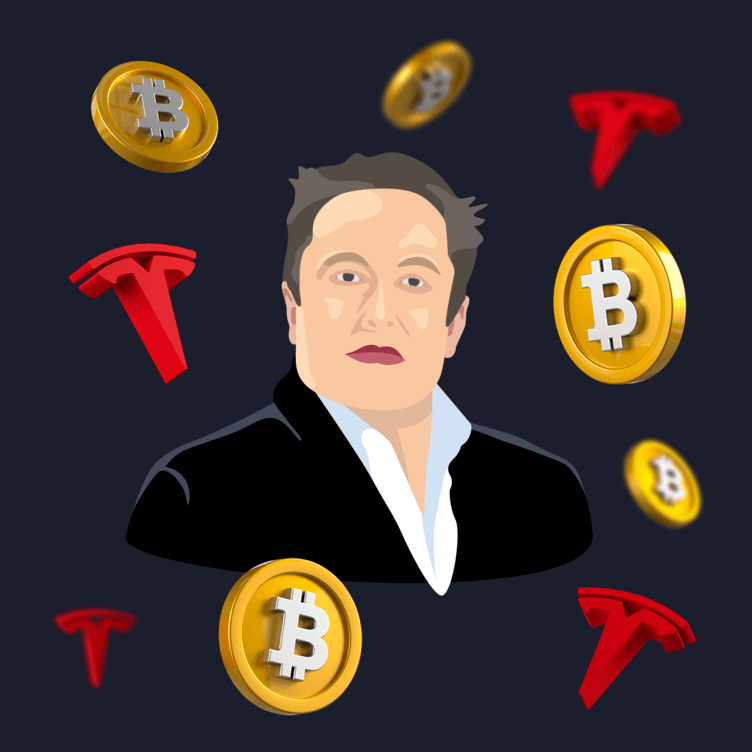 From the nadir of having his image used as a prop in an elaborate crypto scam to the peak of becoming a major contributor to Bitcoin (BTC) reaching its all-time-high, Elon Musk’s relationship with cryptocurrency has been complex and changing over the years, much like the crypto market itself. Let’s take a look at its major ups and downs, starting from the very beginning.

Originally from South Africa, American engineer and entrepreneur Elon Musk holds the positions of co-founder, CEO and/or chief designer at SpaceX, Tesla, OpenAI, Neuralink and The Boring Company. These are highly innovative companies that cover a wide array of industries from aerospace, electric vehicle manufacturing, neurotechnology and AI to infrastructure.

Before all that, however, back in 1998, Musk co-founded PayPal — one of the earliest, most successful online payment processing companies in the world. Reaching 325 million active users in 2020, it went on to revolutionize the way money transfers hands over the internet.

It is this legacy that has made it inevitable for Musk to eventually get involved — at first reluctantly — with cryptocurrency, a technology that took online payments a step further than PayPal and its competitors by removing the need for centralized third-party processors altogether.

Probably the first-ever mention of crypto by Musk comes from Twitter. In March 2014, after being asked by a documentary photographer known only Noel about his stance on cryptocurrencies, the entrepreneur replied with the enigmatic yet somewhat skeptical “Well, now that Satoshi Nakamoto has been discovered, I guess it is case closed.”
This was likely in reference to an article by Newsweek that came out several days earlier, claiming to have discovered the true identity of Bitcoin’s mysterious creator Satoshi Nakamoto — a claim later denied by the man, whose actual name is Dorian Nakamoto.
Later, in October 2014, Musk was asked about Bitcoin by interviewer Walter Isaacson at Vanity Fair’s New Establishment Summit. His reply back then was that Bitcoin was “probably a good thing,” but that he thought it will end up “primarily a means of doing illegal transactions,” going on to clarify that that’s not “necessarily entirely bad,” as “some things maybe shouldn’t be illegal.”
Expanding on this, Musk added that Bitcoin will be useful for both “legal and illegal transactions, otherwise, it would have no value [...] for illegal transactions, because you have to have a legal-to-illegal bridge” and that he “[doesn’t] own any Bitcoin.”

Musk’s skepticism at the time was, perhaps, justified, as for the entirety of 2014, Bitcoin was retreating from its then-all-time-high of around $1,156 — a decline that would continue unabated for several years until the cryptocurrency’s spectacular recovery in late 2017. This prolonged period of “crypto winter” coincided with complete radio silence from Elon Musk on crypto, which was finally broken in November 2017.

As BTC was blowing past the $8,000 mark towards its new peak of almost $20,000, on Nov. 22, 2017, an article titled “Elon Musk Probably Invented Bitcoin” was published on Medium. It was authored by Sahil Gupta, who would afterward go on to work as a software engineer for Tesla and then found his own company Spase.io.
To back his claim, Gupta provided mostly circumstantial evidence, such as Musk’s deep knowledge of economics and cryptography, experience with the C++ programming language and his hallmark problem-solving approach. Predictably, the claim was dismissed by the entrepreneur in a tweet posted soon after: “Not true [that I founded Bitcoin]. A friend sent me part of a BTC a few years, but I don’t know where it is.”
A month later, Musk was again asked on Twitter whether he created Bitcoin, and he again denied it, posting a link to an article mocking the cryptocurrency, published on the satirical news media website The Onion.
The businessman’s least pleasant — albeit indirect — interaction with the crypto sphere took place the next year, 2018. In November that year, a group of fraudsters hacked into two verified accounts of major brands on Twitter: fashion retailer Matalan and filmmaker Pathé UK.

They then changed both accounts’ pictures and names to pose as Elon Musk and used them to promote a fake cryptocurrency giveaway that required the hapless participants to hand over their own crypto first, never to be returned. The hackers have managed to steal about $157,000 worth of victims’ funds before being stopped by Twitter, but the incident did not provoke any direct commentary from Musk.

Events took a turn for the better with the latest, perhaps most exciting, leg of Musk’s journey into crypto that began in 2019, as he started considering cryptocurrencies more seriously, both from the standpoint of technology and as a potential component of his business models.

On a February 2019 podcast with the asset-management firm Ark Invest, Musk called Bitcoin’s structure “quite brilliant,” also adding that “there’s some merit to Ethereum,” (ETH) although he wasn’t quite ready at the time to leverage the computationally-intensive cryptocurrency technology in Tesla’s energy-conscious business.

On Apr. 2, 2019, Elon Musk mentioned Dogecoin (DOGE) for the first time, tweeting “Dogecoin might be my fav cryptocurrency. It’s pretty cool.” The price of the coin went from $0.002 on April 1 to as high as $0.004 on April 4.
Musk’s flirtatious tweeting about DOGE resumed in December 2020 and continues to this day, each post provoking, or at least contributing to, major swings in price. A single word “Doge,” tweeted on Feb. 4, 2020, was followed by a price increase of about 120% over four days.
Another post, criticizing Dogecoin’s highly unequal wealth distribution (62% of DOGE supply is held by 50 largest addresses, compared to Bitcoin’s 10.5%) resulted in a 20% price plunge.

We finally reach the first crescendo of our story with Tesla’s announcement on Feb. 8, 2020, that the company had bought $1.5 billion in Bitcoin and has plans to accept the cryptocurrency as payment for its products. As of the time of writing, Bitcoin’s current all-time-high is about $58,000 and it was reached on Feb. 21, 2021 — no doubt helped to a degree by the announcement made by a company run by Elon Musk.

So was it Musk who drove the success of the crypto market with his playful tweeting followed by more serious involvement, or was his newfound interest in the industry caused by its intrinsically growing popularity and maturity?

We can only make assumptions, but what we do know for sure is that the cryptocurrency fever is contagious: even musician and visual artist Claire Boucher (known under her stage name Grimes), who is in an ongoing relationship with Elon Musk, lately got involved in the industry, having sold a digital art collection worth $6 million with the help of blockchain-based non-fungible tokens.
However, the Elon-Bitcoin story turn a darker turn in May 2021, when Musk tweeted that Tesla would no longer be accepting Bitcoin as a payment method due to concerns about its energy consumption. Musk's FUD-inspiring tweet sent Bitcoin down close to $43,000, leading one commentator to note: "If Elon can decide the price of Bitcoin, it has failed as a currency."
This article contains links to third-party websites or other content for information purposes only (“Third-Party Sites”). The Third-Party Sites are not under the control of CoinMarketCap, and CoinMarketCap is not responsible for the content of any Third-Party Site, including without limitation any link contained in a Third-Party Site, or any changes or updates to a Third-Party Site. CoinMarketCap is providing these links to you only as a convenience, and the inclusion of any link does not imply endorsement, approval or recommendation by CoinMarketCap of the site or any association with its operators. This article is intended to be used and must be used for informational purposes only. It is important to do your own research and analysis before making any material decisions related to any of the products or services described. This article is not intended as, and shall not be construed as, financial advice. The views and opinions expressed in this article are the author’s [company’s] own and do not necessarily reflect those of CoinMarketCap.
2 people liked this article

Crypto Basics
Best Centralized and Decentralized Crypto Exchanges Of 2022
Check out CoinMarketCap Alexandria's latest list of the best centralized and decentralized crypto exchanges in 2022.
Por {{autor}}
2 months ago
7m
Crypto Basics
What Is Gemini Exchange and How to Use It?
From creating an account to generating passive income on Gemini, here is a comprehensive guide on the crypto exchange by CoinMarketCap Alexandria!
Por {{autor}}
5 months ago
9m
Crypto Basics
How to Preserve Capital During Inflation Using Cryptocurrencies?
With inflation hitting 40-year highs and hyperinflation a consistent problem in numerous countries, could stablecoins provide a way for people to store their money and avoid devaluation?
Por {{autor}}
1 week ago
5m
See all articles