In an update on Thursday, it "sincerely apologized" for the inconvenience — and said messages promoting the card on its website have now been taken down. 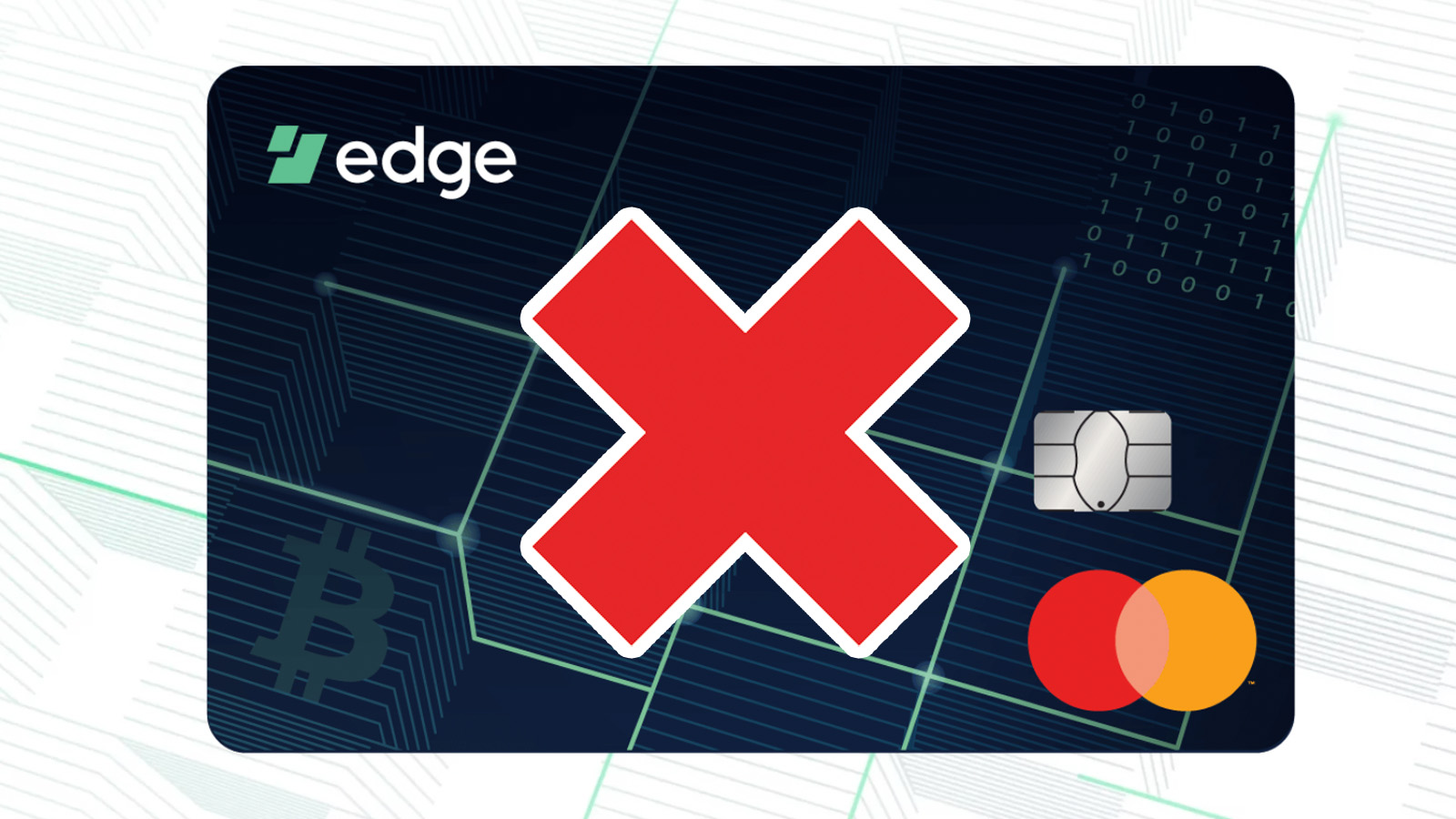 Edge has confirmed its new "Confidential Mastercard" has been temporarily disabled because of "unanticipated challenges."

The crypto company had caused a splash when it unveiled its new debit card, not least because it enables users to make purchases anonymously and without undergoing Know Your Customer checks.

But the announcement was clouded by Mastercard telling CoinMarketCap that it hadn't approved its branding to be associated with such a product.

In an update on Thursday, it "sincerely apologized" for the inconvenience — and said messages promoting the card on its website have now been taken down.

While Edge stressed it's confident that the product "is in full compliance with the rules" — both from regulators and Mastercard itself — the company admitted it's been asked to take down its content and suspend the product for now.

Vowing to overcome these hurdles as quickly as possible, Edge added:

"Rest assured that nobody’s funds are at risk… We can assure you that all parties involved are putting 100% of their efforts into resolving this successfully and as quickly as possible, and we appreciate your patience as we work to do so."

It's fair to say that both Edge and Mastercard don't come out of this debacle looking particularly well.

Edge likely jumped the gun by making its announcement — and by the looks of this statement, it seems that the issues go far deeper than the design of this crypto debit card.

Meanwhile, Mastercard appeared to have been taken by surprise by Edge's release — so much so that the payments giant's representatives ended up emailing journalists to row back on the story once it was published.

A number of outlets that breathlessly reported on Edge's launch ended up quietly unpublishing their articles or adding speedy revisions.

The company's nerves about this project likely link to how users can spend up to $1,000 a day "without compromising their identity in the U.S." — inevitably sparking fears that the product could be used for money laundering or the financing of terrorism.

While Mastercard has expressed determination to bring crypto onto its network, it stressed that this will be accompanied by a "focus on consumer protections and compliance."

Crypto News
Gucci to Accept Bitcoin, Dogecoin and Shiba Inu at All U.S. Stores By End of the Summer
According to Vogue Business, customers who want to transact using crypto will be emailed a QR code — enabling them to complete a transfer from their wallet.
Por {{autor}}
3 months ago
2m
Crypto News
CMC Daily, Oct. 26: Want to Use SHIB to Buy Dinner?
Plus, Mastercard's latest announcement has caused Bakkt shares to explode, Africa has its first central bank digital currency, and new data reveals Bitcoin is more centralized than you think.
Por {{autor}}
9 months ago
3m
Crypto News
Former "Crypto Queen" Ruja Ignatova Put on Most Wanted List
OneCoin's former CEO and infamous Ponzi artist Ruja Ignatova has been put on a "Most Wanted" list by European authorities — five years after her disappearance.
Por {{autor}}
2 months ago
2m
See all articles