Chancers — who lost $2.4 million when LUNA and UST collapsed — told the BBC he found out where Kwon lived online, and then decided to travel to his home to confront him. 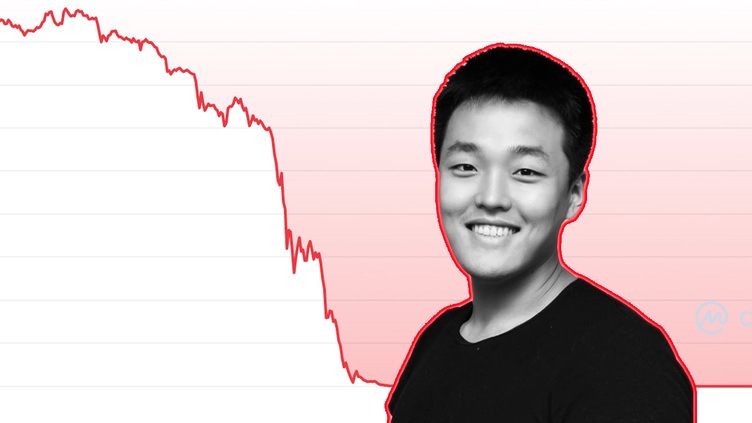 A cryptocurrency streamer who lost millions after Terra crashed has been arrested for attempting to visit Do Kwon at his South Korean home.

The influencer — known as "Chancers" — told the BBC's Joe Tidy that he felt "like I was going to die" after $2.4 million of his crypto savings was wiped out.

Although he was part of South Korea's wealthiest 1% until recently, Chancers says the dramatic depeg of the UST stablecoin — and the collapse of LUNA — means that he's now in financial jeopardy.

The 30-year-old said he was angry because Do Kwon had failed to update his followers on Twitter — with the crypto entrepreneur falling silent when UST and LUNA were in freefall, and only coming up with a plan when it was too late.

Chancers says he found out where Kwon lived online, and then decided to travel to his home to confront him, adding:

"I wanted to ask him about his plans for LUNA. I suffered a huge loss and wanted to talk to him directly."

His journey was even livestreamed to about 100 people — but in the end, it was Kwon's wife who answered the door... and the police soon turned up. Now, Chancers isn't just in financial danger — he's facing legal trouble too:

"I didn't trespass on Do Kwon's property — but according to Korean law, it's illegal to just go there and try to talk. I didn't know."

Chancers believes he's now going to be slapped with a fine and a criminal record, but a conviction could affect his chances of returning to the civil service.

He warned the BBC that the founders of cryptocurrencies aren't being held accountable for their actions — and described Terra's ecosystem as a "scam."

No End in Sight for LUNA Drama

A cursory glance at Do Kwon's Twitter account shows that he's now focused on building a brand-new Terra blockchain — but ditching the algorithmic stablecoin that played a big role in its demise.

In a nod to what Ethereum did after The DAO hack, the old blockchain would be rebranded Terra Classic, while its former token would be known as Luna Classic.

New LUNA tokens would subsequently be created and airdropped to all those who were investors in the old altcoin, worth $0.0001645 at current prices.

But here's the interesting part — the "no with veto" votes. So far, 12.48% of participants have selected this option. If 33% had voted this way, the proposal would be blocked from going any further — but at this stage, this is mathematically impossible. Although the final numbers are yet to be confirmed, the proposal to build a new blockchain will pass.

While Kwon would like to focus on the future, South Korean police are firmly focused on the past. Local media reports suggest detectives are now moving to freeze the Luna Foundation Guard's funds. This was the organization that was responsible for accumulating Bitcoin — funds that were meant to help defend the peg of the UST stablecoin.

According to KBS News, crypto exchanges are now being asked to freeze any funds that LFG has left so they cannot be withdrawn.

And in other developments, Kwon is reportedly being ordered to pay $78 million in taxes — but the embattled executive has insisted that he and his organization "have no outstanding tax liabilities in Korea."