CoinMarketCap Alexandria took a good hard look at the depths of our coin rankings and collected the 9 funniest memecoin names. Read more! 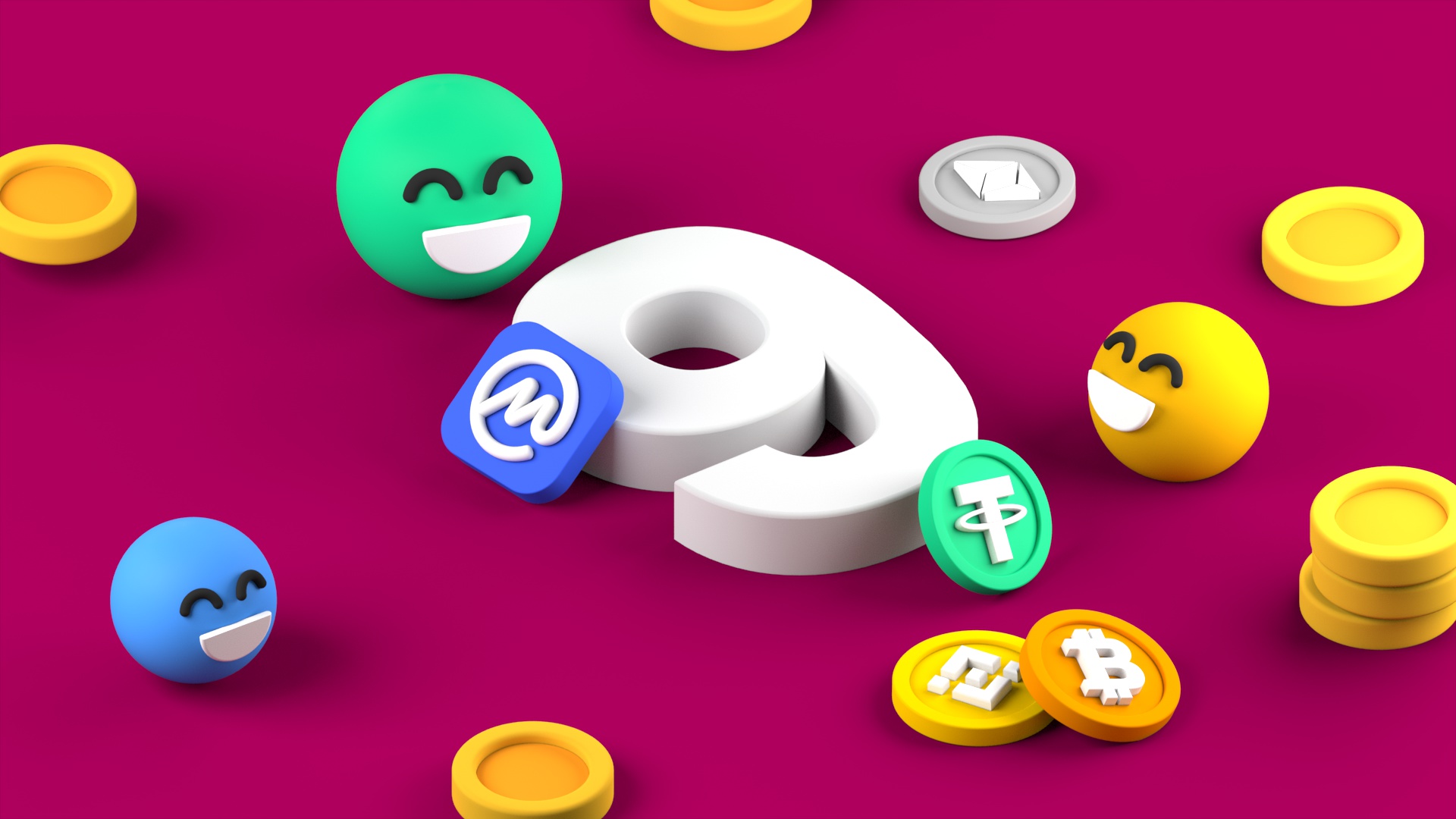 It's the bera market and good news are few and far between. The best remedy in bad times is to laugh the pain away, and what better way to do that than by reminiscing about the good ol' degen times when memecoins ran rampant!

Thinking back to those spring 2021 times

We took a good hard look at the depths of our coin rankings and collected the 9 funniest memecoin names. They have everything a shitcoin connoisseur could want:

Strap in for these funny memecoins, because you haven't seen anything yet.

The most mind-boggling thing about HarryPotterObamaSonicInu (BITCOIN) isn't its name. In fact, that is a perfectly reasonable name for a coin that *checks notes* has a North Korean defector shilling the coin on its website, which is beamed straight from the 1990s to 2022.

The most ridiculous feature is probably its ticker, BITCOIN. Talk about highjacking brand recognition! Can HarryPotterObamaSonicInu really win the battle for the digital store of value? North Korean defectors seem to agree. But with a total supply of 1,000,000,000,000,000, it will be an uphill battle.

Shaman King Inu (SHAMAN) correctly points out that shamans protected the Earth. So there should be someone protecting the crypto markets too, right?

Well, we could do with a shaman or two in this current market. Maybe the promised "shaman game" will send everything, who knows! Either way, with 50,000,000,000,000,000 SHAMAN in the market, there's plenty to go around for everybody.

Web3 Inu (WEB3) takes the to-earn concept to a whole other level. We don't play-to-earn or move-to-earn these days. With Web3 Inu, we will rent-to-earn!

Bet you didn't think of that, did ya?

The dream of every tenant. Rent and money's coming in instead of going out. The token has many more highly convincing arguments:

Out with the Inus, in with the Doges. If you've ever been wronged by the crypto markets and felt like breaking legs but had no way to do it, Mafia Doge (MDOGE) may be the answer. Quote:

"Anyone who affects the Doge family or even the crypto market will be punished by the name of MafiaDoge."

Mafia Doge also comes with a "scammer detector" in case anyone decides to go against mi familia. Don't want to be on the bad side of this doggie, that's for sure.

Doge Gay Son (GOGE) is, uhm, something special. Say what you want, but their mascot is definitely colorful:

It's not entirely clear if Doge Gay Son is really the "first LGBTQ+ token for all people." But if the founders are really members of the LGBTQ community, you have to tip your hat to them for this very catchy name.

CumRocket (CUMMIES) is a funny name for a fairly serious token. Unlike most tokens on this list, CumRocket tries to build around a serious use case — making payments to adult entertainment performers more frictionless. When in 2021, OnlyFans briefly announced that it may ban adult entertainment on its site, tokens like CumRocket had their 15 minutes of fame. Unfortunately for them, OnlyFans quickly figured out not to kill most of its revenue, and most people still pay for sexy content in USD instead of CUMMIES.

Still, you may just want to keep an eye on CUMMIES (no, seriously).

Can't say you don't know what's coming with this one!

Ironically enough, Totally A Rug Pull (TARP) is not a rug pull at all but a semi-serious project, promising a contract reader that is to help investors evaluate the risks of a smart contract. Whether that app ever comes out...who knows? At least the project's artwork is pretty cool:

No memecoin list would be complete without a good bit of Elon-themed coins. Unfortunately, other hilarious shitcoins, like Elonballs and Elon Sperm, have already rugged, so they can't make this list. Sad!

But Tweelon is still standing (for now), and it comes with some admittedly cool artwork:

The token's value pitch is beautiful in its simplicity:

Shitcoining at its finest, ladies and gentlemen. Will Tweelon rug when Elon finally buys Twitter for good (or doesn't)? The thrill of getting caught is probably what makes it so interesting. For now, Tweelon is still going strong and waiting for the next Elon tweet.

Last but not least, a token that's not really a fan of the most influential troll in crypto. Stopelon calls itself the "world's first protect cryptocurrency, standing against market manipulation and scams."

Stopelon actually has protested in front of a Tesla factory, which got the token some mainstream media exposure in MSN and Yahoo Finance. Is Stopelon a real thing or just a better-organized scam?

Only one way to find out... (this is not financial advice!)
This article contains links to third-party websites or other content for information purposes only (“Third-Party Sites”). The Third-Party Sites are not under the control of CoinMarketCap, and CoinMarketCap is not responsible for the content of any Third-Party Site, including without limitation any link contained in a Third-Party Site, or any changes or updates to a Third-Party Site. CoinMarketCap is providing these links to you only as a convenience, and the inclusion of any link does not imply endorsement, approval or recommendation by CoinMarketCap of the site or any association with its operators. This article is intended to be used and must be used for informational purposes only. It is important to do your own research and analysis before making any material decisions related to any of the products or services described. This article is not intended as, and shall not be construed as, financial advice. The views and opinions expressed in this article are the author’s [company’s] own and do not necessarily reflect those of CoinMarketCap. CoinMarketCap is not responsible for the success or authenticity of any project, we aim to act as a neutral informational resource for end-users.
0 people liked this article

Crypto Basics
Last Week on Crypto Twitter: SBF Gets Paid A Visit
Last week Crypto Twitter finally, sort of, moved on from the FTX drama. Now it’s all about the who-got-infected-by-FTX-drama.
Por Ivan Cryptoslav
4 days ago
5m
Crypto Basics
Proof of Reserves: These Exchanges Are Adhering to the New Standard
After the FTX collapse, a number of cryptocurrency exchanges have now moved to restore faith in CEXes by posting their Proof of Reserves.
Por Ivan Cryptoslav
4 days ago
5m
Crypto Basics
The Grayscale Discount Explained: Could the Grayscale Bitcoin Trust Collapse?
Another week, another potential victim of contagion. You probably have heard phrases like "GBTC discount widens" or "Is GBTC in trouble?" swirling around.
Por Ivan Cryptoslav
5 days ago
6m
See all articles