5 Things That Decentralized Storage Aims to Fix
Tabla de contenidos
1. It Can Help Content Stay Online
2. No Single Point of Failure
3. No Censorship
4. A Better Experience
5. Ownership of Data
Are Decentralized Clouds the Future?
Crypto Basics

With the upcoming launch of Filecoin, a lot of people are wondering — why does decentralized storage apply to me? 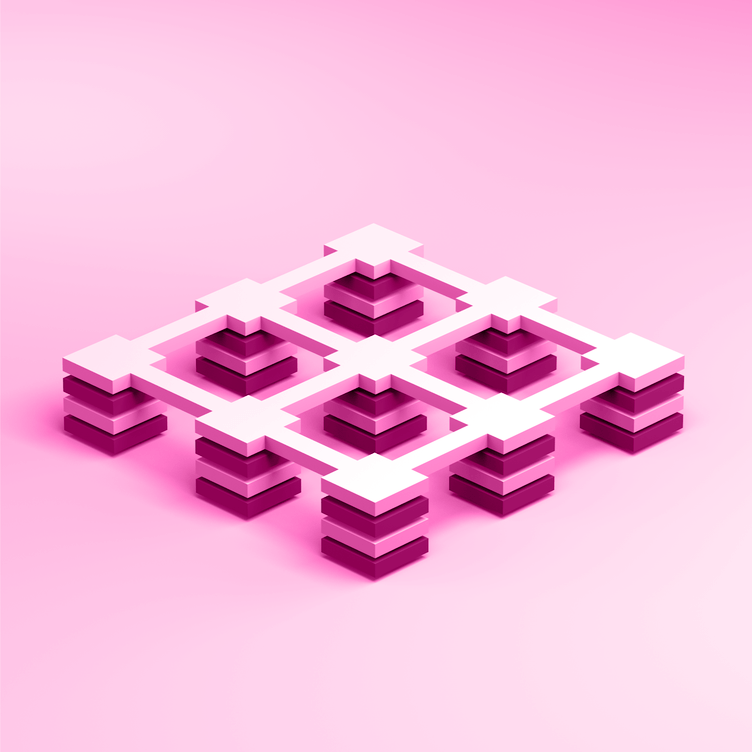 Decentralized finance might be all the rage right now, but there's another blockchain use case that has been quietly gaining momentum: decentralized storage.

A decentralized storage system allows users to store their files (and sensitive information) without relying on massive data centers, such as those run by Amazon and other cloud storage providers.

Each decentralized storage solution has their own way of doing things, but the method is not too dissimilar to that used by the peer-to-peer network Limewire.

This (now defunct) piece of software allowed people to download movies and songs by directly transferring them from the hard drives of others. An element of sharding was involved too, as files were often broken down into chunks.

The opportunities associated with decentralized storage networks have come into focus in light of the long-awaited launch of Filecoin, which raised $205 million in its 2017 ICO. At the time, that princely sum broke records.

But what makes Filecoin — and other providers such as Storj, MaidSafe and Sia — so special? Here, we're going to explore the potential benefits of decentralized storage.

Decentralized storage fans argue that the current approach used to organize content on the internet is really inefficient.
Hyperlinks only direct us to where something is. As Filecoin argues, it's like a friend recommending a great book for you to read — but only telling you that it's on the top shelf of Bookcase 3 in Section 9 of a huge library.
The project wrote: "This is obviously terribly inefficient. It’s also a precarious situation — what if someone moved the book? What if the library is closed that day? Or totally shut down?"
Protocols such as the InterPlanetary File System (IPFS) give files a unique fingerprint that's based on what the content actually is. And if you need to access a file, a routing algorithm searches the network for a copy.

2. No Single Point of Failure

If a server goes down, the information it stored often goes with it. But through decentralization, a file can be broken into little pieces and scattered across nodes — meaning that there's always a back-up plan if one of them goes offline.

This could help prevent some of the embarrassing outages that some of the world's biggest websites have seen in the past — disruption that often becomes headline news.

Decentralized storage can also make it harder for malicious actors to take pieces of web content down. Instead of centralized file storage, which means there may only be one destination to target, an attacker could have thousands of nodes to contend with — making a denial-of-service attack prohibitive and close to impossible.

This could also make it harder for countries around the world to restrict information to their citizens by blocking news websites and online portals such as Wikipedia.

Those in favor of decentralized storage also argue that there's a lot of redundancy in cloud computing, and say blockchain technology delivers a much more efficient way to store data.

Cloud storage platforms can end up using a lot of bandwidth, especially when they are being used by many people at the same time — and storage costs are high. Decentralized storage could allow files to be downloaded faster because there are multiple copies to choose from. This could be particularly useful for people in countries where internet access is unreliable.

Last but not least, let's not forget the risk of data breaches when it comes to centralized cloud services. Although many of the companies that offer storage space do have security standards in place, they can fall susceptible to attacks.

You may not instinctively think of Facebook as a file storage provider, but many users depend on the site for hosting photos and videos that stretch back many years. Unfortunately, the social network has suffered controversies in the past — and the Cambridge Analytica scandal resulted in vast amounts of data being stolen and misappropriated.

Are Decentralized Clouds the Future?

The question now is whether decentralized storage will catch on. Will this open-source form of data storage mount a big challenge to Amazon, Dropbox and others?

One downside is how many startups in this space make things extremely technical — a flaw seen across many crypto projects and DApps. The public may only be tempted to start using such a storage service if it's as simple to us as what mainstream competitors provide.

But there are reasons to be excited. People with spare hard drive space could end up being rewarded in cryptocurrency for storing files belonging to others — without compromising privacy. And given how many web pages and files that existed in the early days of the internet have now fallen offline, decentralized storage could help prevent our digital lives from vanishing without a trace in future.