Will Shiba Inu Get Listed on Robinhood?
Inhaltsverzeichnis
Do We Need SHIB on Robinhood?
The Centralization Problem With Robinhood
So, What Does the Future Look Like?
Altcoins

Will Shiba Inu Get Listed on Robinhood?

Will one of the most popular cryptocurrencies be able to make its way to Robinhood? Read more to find out! 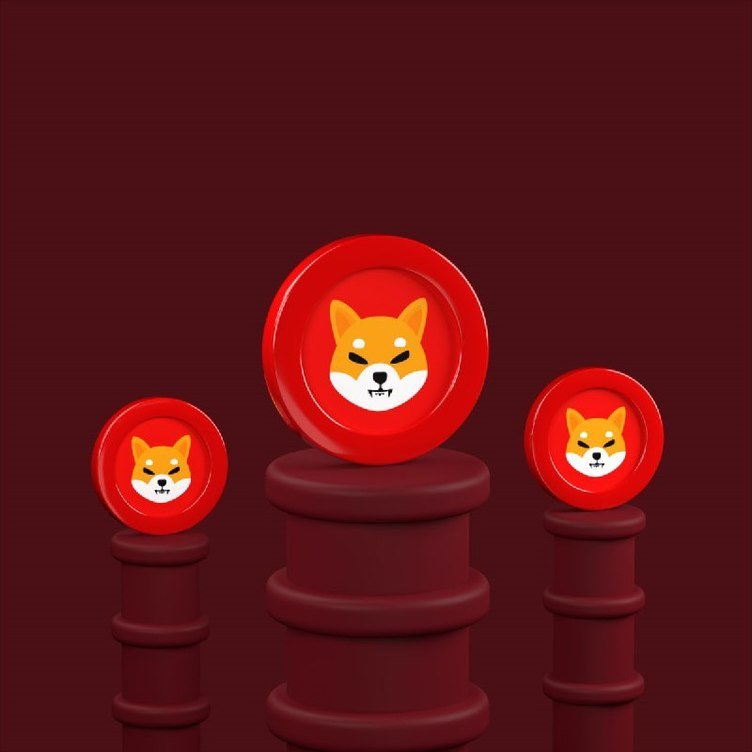 To cut the crap, no one knows yet. The truth, however, is that Robinhood has not revealed any details around when it plans to launch other cryptocurrencies on the platform. At the moment, crypto enthusiasts can only trade up to seven coins on the platform that comprise Bitcoin, Ethereum, and Dogecoin, among others.
The support for this petition (on Change.org) has been great and has been increasing over the past few months as it has received over 233K signatures overall.

The moment that number hits 300K, this petition will be one of the top petitions on the website.

While the community behind the petition is certainly growing stronger every day, we feel that there are some things that they should be aware of first.

Do We Need SHIB on Robinhood?

The whole argument for listing the token on a traditional brokerage is to add another push to the already rallying cryptocurrency. While it has certainly climbed a whopping 2,000% in the past few weeks, there is an increased demand for it to be added on major exchanges and Robinhood is just one of them.

While the past few months' rallies have been eye-watering bullish, the truth is that it is yet to achieve its ATH that it achieved last year during May.

The coin is backed by a passionate and dedicated community that wants to see the light of day with its price. A part of the crypto community believes that SHIB lacks real-world utility. It simply exists as a way for smaller investors to make instant money. However, with a new NFT marketplace and a rescue association in action, the project can change its image in the world.

While the chart above makes it seem that there has been a massive rise in the coin's price within just a few months, if we look a bit deeper, things change.

This is a 7-day chart of the token. Again, it lacks support to bounce back to the high of October 7. This just speaks to the investor of the volatility of the coin itself. Naturally, the factors that impact the rises and/or falls in the price of this crypto are not more than what is trending on social media platforms. While this could be said of almost all cryptocurrencies, it is certainly most applicable to memecoins, like SHIB and DOGE.

That said, the token has incredible trading volume - almost $3.4B in the last seven days. This fact tells that while the token may not have a utilitarian purpose, it surely serves as an emblem for a self-empowering community.

The Centralization Problem With Robinhood

Now, when it comes to Robinhood, the exchange has been facilitating only seven crypto tokens since 2018. However, it was only in February this year that the exchange really took off. There was an instant addition of over six million users.

Robinhood is known to offer an improved experience to its users. This is partly due to the fact that it has an incredibly easy-to-understand user interface and doesn't charge its trading fees.

In this case, the 0.50% trading fees that Coinbase charges looks almost like an attack on traders wanting to use the platform every day. However, Robinhood charges a percentage of the trading fees when they are executed by third-party market makers. This means that you could end up paying much higher fees on Coinbase than on Robinhood. We hope that doesn't come as a disappointing surprise!

There is a problem with Robinhood that will not be received well by decentralized enthusiasts - they have come under the regulatory radar several times. Why? Two instances come to mind:

Lastly, it has also been reported that Robinhood is entitled to receive compensation when it directs trade execution to third parties. This is indeed a bitter pill to swallow for decentralization-hungry crypto users.

That said, SHIB has been hailed as the DOGE killer. Its main purpose is to aid those new investors who have entered the space recently and have missed the bull runs of many other altcoins. The SHIB Army has never stopped drawing inspiration from the bullish rise of DOGE.

Just like with everything crypto, the future is quite uncertain as usual. The one thing that has been in favor of the token is the underlying community. Several investors have literally made hundreds of thousands, if not millions, of dollars worth of profits from simply holding SHIB. Moreover, in the past few weeks, even DOGE holders are supporting this emerging memecoin. It is the 19th biggest cryptocurrency in the industry.

Now, as to the question if it will be listed on Robinhood - well we'll have to wait and watch if the crypto team (which is said to be expanding in the brokerage) would figure out a way to facilitate the addition of more coins and tokens. Whether SHIB will be accepted or not is another question altogether.

Crypto News
Coinbase CEO Buys $133M Property in Los Angeles
With a net worth of about $10.3 billion at the time of writing, you could argue that such an acquisition is loose change to Brian Armstrong.
Von Connor Sephton
8 months ago
1 Minuten
Crypto News
CoinMarketCap Newsletter, June 9: Did the FBI *Really* Hack Bitcoin?
CoinMarketCap gives you the breakdown of the newest trends in both crypto news and crypto prices.
Von CoinMarketCap
1 year ago
2 Minuten
Crypto News
Despite Bitcoin's Plunge, Coinbase May Have Just Had a Very Good Quarter
Transaction fee revenues may have been given a boost by panicked traders selling their positions.
Von Connor Sephton
1 year ago
2 Minuten
See all articles