What Is Enjin Coin (ENJ)? Features, Tokenomics, and Price Prediction

CoinMarketCap takes a deep dive into Enjin (ENJ) a decentralized platform for gamers and content creators that empowers them to manage, distribute, and trade virtual products. 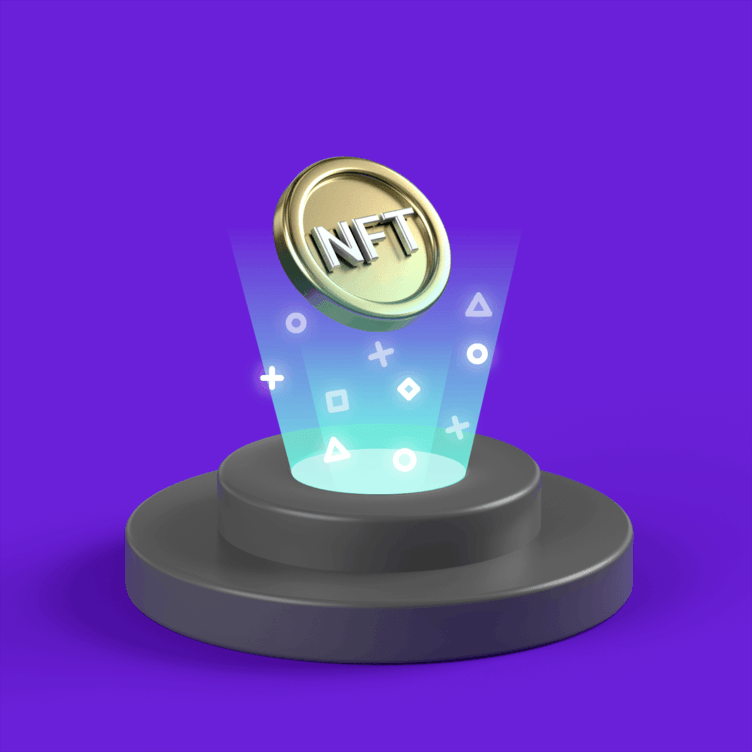 Enjin Coin (ENJ) is a digital asset based on the ERC-20 standard that is used to directly back the value of blockchain assets created on the Enjin online gaming creation platform. Crafted for online gamers and the gaming community, this open-source platform allows virtual ownership of goods and trading between gamers and community members made possible through smart wallets.

ENJ can be bought and sold in exchange for fiat money or other digital currencies. Enjin Coin can be purchased on major cryptocurrency exchanges like Coinbase, Binance, and Gemini.

How Does Enjin Coin (ENJ) Work?

Enjin Coin is an ERC20 token created on the Ethereum network, which means the project not only supports transactions but also smart contracts. Enjin employs a unique scaling solution called Efinity. Through its public API and software development kits, the Enjin platform offers a plethora of functionality (SDKs).

The capacity to produce and manage virtual items is the major feature that the Enjin project provides its customers. Developers can develop their own cryptocurrencies backed by the Enjin Coin, incorporating cryptocurrencies into the game sector and making gamification easier.

Enjin Coin tokens have low transaction costs. Digital objects and currencies are usually game-bound and are not transferable. Enjin Coin addresses this issue by removing third-party intermediaries, aiming to foster a culture of enthusiasm, cooperation, and pride by allowing players and content providers more control over their game material. This adds value and encourages gamers to return, increasing income and engagement for publishers and content creators.

The Enjin network connects game publishers, game servers, and communities on a single platform, allowing them to manage virtual products and in-game objects across numerous platforms. Its native token ENJ monetizes everyone's experience and increases the coin's recognition and popularity in the gaming community.

The Team Behind Enjin Coin (ENJ)

Enjin is a developing initiative co-founded by CEO Maxim Blagov and CTO Witek Radomski. It is a for-profit corporation that began in 2009 as a community gaming platform. In 2017, the project held an ICO, raising around $18.9 million. In 2018, Enjin went live.

Enjin's staff has demonstrated expertise and experience in software engineering, marketing, blockchain technology, and business operations. The team also has a longstanding track record of working together. Some of their prominent team members are as follows:

Leading Enjin's technical engineering and the deployment and integration of the Enjin Coin currency into the online gaming ecosystem.

A perfectionist and a team leader with substantial full-stack development expertise.

Extensive knowledge in establishing collaborations with industry-leading game publishers, and on-the-ground social media and community engagements with millions of users.

The Ethereum network's average block time is 17 seconds. Enjin was one of the first projects to begin testing the Raiden Network, Ethereum's version of the Lightning Network, before electing to work on a unique scaling solution known as Efinity.

ENJ uses off-chain alerts to provide a contemporary responsive experience. For each Transaction Request, Trusted Platforms will send an instant notification to the user's Smart Wallet. When the user accepts the transaction and it is created on the blockchain, the wallet will contact the Trusted Platform API with the transaction to observe. The game or website can then be immediately updated with a placeholder item or non-tradeable version of the asset until sufficient confirmations are obtained to authorize full ownership of the item.

In the event of in-game currency, the user's balance would be promptly updated in the game, but any unconfirmed sections would be barred from spending until the required number of blockchain confirmations are met.

The virtual assets and the Enjin Coin are both ERC-20 tokens, which implies that the Enjin project offers not just transactions but also smart contracts. ERC20 will enable seamless integration with other Ethereum blockchain smart contracts and decentralized apps. Tokens that include some but not all of the standard functionalities are termed partly ERC20 compliant and may nevertheless be easily interacted with by third parties.

Enjin offers a public Platform API that utilizes the JSON-RPC protocol to provide ways for checking account balances and accessing each of the smart contracts. This allows websites to display data to internet users without requiring the installation of a web3 wallet extension in the web browser.

Using Enjin Coins as the parent currency, games and communities may create unique in-game products, currencies, and privilege tokens. Anyone owning these assets can convert them back into Enjin Coins at the original exchange rate when they were produced.

Enjin Coin can be used by developers who use the Enjin platform to mint. The required amount of ENJ tokens is removed from their wallets and locked within the assets they create, removing the tokens from the market and creating scarcity while also providing a clear use case for the token.

All ENJ coins used to mint each unit of a custom coin are stored in the mint contract. Enjin wallets function as a gateway for custom coins to be converted back to Enjin Coins included in the Mint contract. This provides liquidity as well as the ability to back bespoke assets with a known ENJ value.

Economically, any bespoke assets developed using ENJ will reduce the quantity of ENJ in circulation, conserving and boosting the long-term value of the ENJ ecosystem.

Marketplace Based on Escrow

An escrow system based on smart contracts enables multiple participants to safely transfer any number of game objects and currencies.

This can be used for basic player-to-player exchanges, with the smart wallet in-game assisting in identifying the relevant item kinds and accepting the deal with a touch or click. It can also be utilized to create an on-chain marketplace for digital items. There will be an online marketplace with over 10 million digital products where users can find, acquire, and sell rare and unusual blockchain assets. ENJ coins or even custom coins can be used to represent digital assets in the market.

Enjin Coin features will be incorporated across the Enjin CMS platform and will be supported natively by over 250,000 current gaming websites. Enjin will also build phpBB, vBulletin, Xenforo, and other forum and CMS interfaces as part of the open-source platform API, allowing even more online communities to effortlessly integrate Enjin Coins into their websites and games. Web developers will have simple access to all Enjin Coin features and capabilities using open-source PHP and NodeJS SDKs for bespoke website and API integrations.

Enjin offers software development kits for Unity, Java, Android C#, and other platforms. On top of that, they provide a variety of software add-ons such as the Unity plugin, the Minecraft plugin, and others. This enables millions of developers to easily merge current projects or create entirely new ones.

The platform SDK makes it simple to build a complicated decentralized payment gateway. It is intended to enable novel new payment arrangements that can minimize accounting workload while increasing confidence between businesses and customers. One can create a personalized payment gateway as well as their own currency.

Blockchain asset wallet that integrates with games and applications. It's one of the most feature-rich digital wallets in the world, with over one million downloads. The Enjin wallet introduces a revolutionary new feature for cryptocurrencies: the possibility to construct true subscription services. Server and community owners will be able to provide time-limited services such as power-ups, rankings, or unlocking website content to subscribers. Each trustworthy platform's user accounts will be linked to the user's Ethereum address.

The same functionalities are accessible with the Enjin mobile wallet as well.

The ENJ tokens were allocated as follows:

2021 has been a game-changer for the NFT market which surged to $22 billion, according to a data report from DappRadar. The digital art collections from various artists around the globe went on auctions and sold for millions of dollars. And all of this is pretty good news for ENJ holders as the Enjin network provides a platform where users can integrate their NFTs and build apps on blockchain networks. With Enjin at the core of a multi-billion dollar industry, the chances of Enjin coin hitting $20 is quite possible in the near future, as per many crypto experts.

It should be noted that gaming and gamers have been playing a big part in pushing the world towards cryptocurrencies. This is because if you own an item in a game, you can directly sell it from your e-wallet and use those funds immediately to buy any valuable stuff in the real world. This amazing utility of the ENJ coin makes it into the few coins that offer this feature to gamers worldwide. And with the increased crypto adoption in 2022, the price of the ENJ token may also increase sharply.

It should also be noted that the ENJ token is a metaverse token and is ranked 5th place among all metaverse tokens in terms of market capitalization. With only MANA, AXS, SAND, and THETA ahead of it in the race to become the biggest metaverse token of all time. This huge popularity with the amazing utility as described above makes the Enjin Coin (ENJ) a big attraction for major investors.

Since its inception, the ENJ token has seen a rise of almost 15,000% and went to its all-time high of $4.82 a month ago when Bitcoin (BTC) touched $69,000 before falling back into the 50k zone. The current price of ENJ is hovering around $2.69, however, technical indicators like RSI and CMF indicate a bullish trend. As of now, if BTC makes a big move, ENJ’s price may rise back up and cross the $5 mark. This, however, is not a certainty due to the current market conditions and volatility.

Tech Deep Dives
What Is Rune (RUNE) And How To Play It?
CoinMarketCap takes a deep dive into Rune (RUNE), a dark fantasy gaming universe where players fight good and evil to earn rewards.
Von Hassan Shafiq
11 months ago
5 Minuten
Tech Deep Dives
What Is DAO Maker?
DAO Maker is a blockchain project launchpad — how does it shake out compared to other players in the space?
Von Daniel Phillips
1 year ago
7 Minuten
Altcoins
Crypto Twitter Roundup, March 14: I Fought the Law and the Law Won
Crypto Twitter never fails to disappoint us.
Von Andrey Kartsev
4 months ago
6 Minuten
See all articles