Technical Analysis: Axie Infinity (AXS), The Sandbox (SAND) or Gala Games (GALA) - Which One Should You Go For?

Before the P2E cycle kicks off, lets take a look at all the charts and find the most potential play2earn token for 2022! 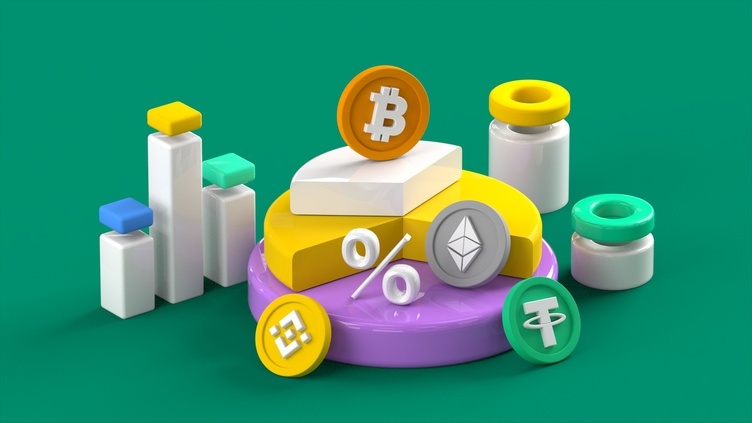 Axie Infinity (AXS), is the first name that comes to mind when we talk about blockchain play-to-earn (P2E) games. In this game, players collect, breed and battle their “pets” called Axies. Each Axie is a non-fungible token (NFT) and comes with different attributes helpful during battles. The AXS token acts as a governance token for users, allowing the community to decide the future of the project. Axie Infinity operates a dual-token model, with a seperate utility token — Smooth Love Potion (SLP) — for in-game rewards and currency to breed Axies. Players in the Philippines, where the game essentially kickstarted the P2E trend, can check CoinMarketCAp for the latest SLP update today.
The Sandbox (SAND), is a blockchain virtual world allowing users to create, build and sell digital assets. The project combines the attributes of DAOs and NFTs allowing for a decentralized community. The SAND token has managed to gain the attention of investors through multiple partnerships and new exchange listings.
Gala Games (GALA) is on a mission to make play2earn games playable. It is aiming to give users control of their games through ownership of digital assets. Users can also run GALA nodes and get rewards for supporting the network.
In this technical analysis, we will use multiple technical indicators to observe the prices of AXS, SAND, and GALA in multiple time frames.

At the time of this writing, AXS is ranked as the 42nd largest cryptocurrency, according to CoinMarketCap. Its market cap is sitting around $3.4 billion.

Similarly, at the time of this writing, SAND is ranked the 36th largest cryptocurrency, according to CoinMarketCap. Its market cap is sitting around $3.9 billion.

Last but not least, we have GALA ranked the 51st largest cryptocurrency, according to CoinMarketCap, with a market cap sitting around $2 billion.

AXS/USDT on a Daily Chart

Using the logarithmic chart we remove the noise and can see a clearer long-term picture.

Looking at the daily time frame zoomed out, we can see the price action is in favor of the bulls.

AXS has seen incredible growth since 2020. Looking at the circles shown above, we can see AXS likes to sit in short accumulation periods before making its next run. The last time AXS was in the accumulation zone, it saw a price increase over 3,000% later.

However, there is no confirmation as to when AXS will continue its upward movement. We need to take a closer look at the intraday market activity. Shifting to lower time frame will make potential reversals visible.

AXS/USDT on a 4-hour Chart

We are still sticking with our logarithmic chart and looking at the pattern time frame. You can see the price action has found some short-term resistance.

Looking at our 4-hour time frame, we can see a rejection from $65. The price is now looking for support. AXS is sitting on a critical level and the bulls need to show up.
A close below the area of interest will puts the bears in control and will lead to lower lows, if support is lost. However, a reversal at this level will be a sign of bulls.

Some consolidation is expected before a confirmation of the next move. The market is more volatile than usual, so watch for fake-outs. Bulls need to print a higher low here or they will lose the critical support level.

SAND/USDT on a 4-hour Chart

Now we are switching to SAND and sticking with the logarithmic scale to keep things simple.

The 4-hour time frame shows us that the bulls have been in control since SAND has been introduced. The price was recently rejected at the $4.50 psychological resistance. SAND is now looking for support around $3.

Looking at the most recent price action, we can see the nearest support level is at $3.00. In short term, bears are in control until bulls confirm the support.

A close above $3.75 will signify that the bulls are present. Otherwise, expect the bears to remain in control until we see $3.00. Bulls also need to print a higher low at this level or continue printing lower lows.

GALA/USDT on a 4-hour Chart

Sticking with our logarithmic chart for a clearer picture.

Looking at the daily time frame, we can see that GALA had an incredible pop at the start.

Since its all-time high, GALA has been selling off. Price action was recently rejected at $0.35 and is now looking to establish support. A confirmation of support at this level will lead to a breakout from this minor downtrend. Otherwise, look for support around the $0.25 zone.

One thing is sure this project is still in its early stages in comparison to AXS and SAND. How do these charts look when compared?

AXS/SAND/GALA on a 4-hour Chart

Last but not least, the comparison between AXS, SAND, and GALA on the logarithmic chart.

Starting from the beginning, let's look at the initial pop. AXS is on the top, SAND in the middle, and then GALA at the bottom. You can see the price action had a nice initial spike, followed by a cool-off period, and then another leg to the upside. Here is where it gets interesting!

AXS and SAND have already completed multiple market phases. However, GALA is still a new project and is still cooling off from its initial hype. For AXS and SAND, it is clear the bulls are in control and the bullish channel is being respected. Expect GALA to follow in the same footsteps.

Play2earn is still new to crypto and many are still trying to understand the mechanics. AXS and SAND are leaders in space, and GALA will soon follow the footprints.

Trading Analysis
Technical Analysis: BTC, ETH, NEAR, SOL, LUNA, FTM (May - Week #2)
A new weekly candle, so far not looking good for the bulls. Where does the market go from here?
Von Young Crypto Wolf
1 month ago
4 Minuten
Trading
What Is Dark Pool Trading?
A comprehensive guide to dark pool trading, a market where smart money trades crypto. Let's find out what it is and how to check its trade orders!
Von CryptoJelleNL
2 months ago
4 Minuten
Trading Analysis
What Is the KuCoin Trading Bot and How to Use It?
Don't have time or energy to spend on trading all day? Leave it to trading bots! KuCoin offers a number of strategies and tools that you can use to generate profits easily. Read more!
Von CryptoJelleNL
2 months ago
4 Minuten
See all articles