"Iconic collectibles, unreleased music and limited edition pitches" are set to be released through Clay Nation, a Cardano-based platform. 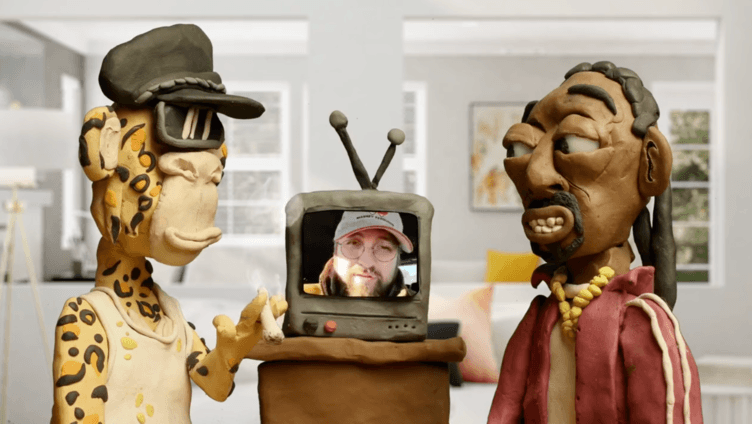 Snoop Dogg and Charles Hoskinson have revealed they're going to take part in a Twitter Spaces together next week.

The surreal meeting between the American rapper and the Cardano founder comes as Snoop unveils a new partnership with an NFT collection.

"Iconic collectibles, unreleased music and limited edition pitches" are set to be released through Clay Nation, a Cardano-based platform.

In a video promoting the upcoming Twitter Spaces, clay versions of Snoop Dogg and the crypto investor Champ Medici are seen enjoying a joint together.

"Hey Champ, I've been checking out that Cardano and this Web3 stuff is exciting to me," the rapper says.

Snoop's music then starts to play — and Charles Hoskinson magically appears on the TV set behind them to say he's been trying to get in touch.

"Let's hook it up," Champ says… as Snoop picks up the phone.

'This Will Be Fun'

The Twitter Spaces — which is going to take place on April 5 at 6pm UTC — has been confirmed by Snoop and Hoskinson.

"This will be fun," the rapper wrote, adding the #Cardano hashtag.

More details about Snoop Dogg and Champ Medici's collection are set to be released during the Twitter Spaces.

"It's a collection of 10,000 digital characters with algorithmically assembled, handcrafted clay traits. Each unique character is a one-of-a kind NFT, stored on the Cardano blockchain. Just like in the non-clay world, no two members of Clay Nation are the same."

The initial collection has sold out, meaning purchases can only be made through secondary marketplaces.

This isn't the first time that Clay Nation has collaborated with a well-known artist — and it previously orchestrated a "spooky release" with Good Charlotte.

Snoop Dogg has been a vocal enthusiast of NFTs — and last year, he claimed that he was the person behind the pseudonymous Twitter account Cozomo de' Medici.