A JPEG of an ape for a million dollars? CoinMarketCap Alexandria takes a deep dive into the most popular NFT collection to find out the rationale behind its fame. Read more! 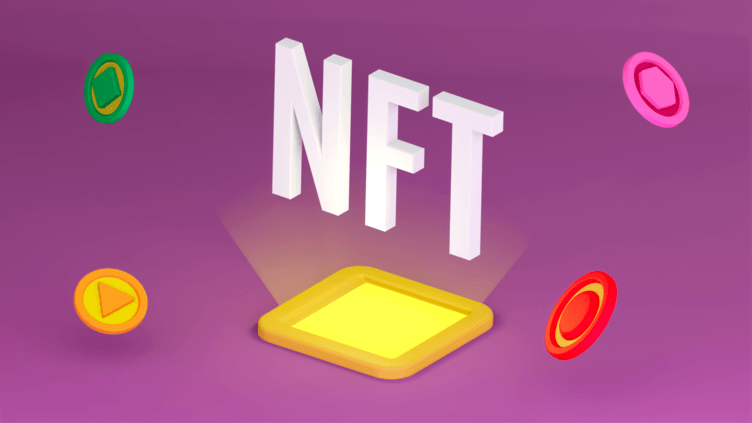 Amidst the growing NFT craze taking the internet over by storm, you have probably come across the JPEG of a bored-looking ape as the Twitter avatar of certain celebrities. The name of the JPEG is also, not surprisingly, Bored Ape Yacht Club. The NFT collection, which up until April 2021 has sold NFTs for as low as 0.08 ETH ($247), reached total sales of $1 billion in January 2022.

With the identities of the owners recently unveiled by Buzzfeed in a controversial report, NFTs from the collection have made it into the possession of many A-List celebrities. From the likes of Eminem to Steph Curry, countless celebrities have bought into the NFT hype and purchased JPEGs from Bored Ape Yacht Club for as high as over $2 million.

So what is it about the BAYC that made it so popular in such a short duration?

In order to understand why so many big names are buying into this specific collection, we should first establish what this collection, or "club" is.

According to the official BAYC website, the club aims to offer "a collection of 10,000 Bored Ape NFTs — unique digital collectibles living on the Ethereum blockchain. Your Bored Ape doubles as your Yacht Club membership card and grants access to members-only benefits.”
This establishes each NFT from Bored Ape Yacht Club as a digital receipt proving the holder's ownership of it. Each NFT has its own specific traits ranging from outfits, accessories, and skin tones to expressions and moods.
Ownership of an NFT then grants the owner exclusive perks and creates a confidential club of ultra-rich folk where only Bored Ape Yacht Club NFT holders are allowed. The Apes are purchased using ETH and the NFTs are hosted on the Interplanetary File System or IPFS, which is a peer-to-peer method of data sharing. Similar to other NFTs, the BAYC NFTs are also stored as ERC-721 tokens on Ethereum.

It must be understood that the owners of the NFTs do not necessarily own the picture or the JPEG, and nor is that JPEG of any value, rather it is the certification of ownership that they pay millions for. That certification is their members-only ticket into exclusive parties and events hosted by fellow BAYC NFT owners.

The BAYC has garnered a cult-like following since its inception, and its popularity can be gauged from its partnerships with PSG megastars and big companies. The Rolling Stones magazine, for example, recently partnered with the BAYC for an exclusive, "limited edition" monthly magazine. A metaverse auction by Sotheby also featured a BAYC NFT that was sold for a whopping $3.4 Million, while the collection of 101 NFTs was sold for $24.4 Million. Similarly, Adidas and Animoca brands have also partnered with the NFT collection, boosting its value.

The founding company of the collection is YUGA Labs, The owners carry the pseudonyms of Gordon Goner, Gargamel, No Sass, and Emperor Tomato Ketchup. These funny-sounding pseudonyms are apparently in practice to protect the owner's identities. However, in early February 2022, a BuzzFeed article titled "We Found The Real Names Of Bored Ape Yacht Club’s Pseudonymous Founders" by technology reporter Katie Notopolous, created ripples in the crypto community.
The report presents the successes of Bored Ape Yacht Club, stating that among the total revenue of the NFT collection are the millions of dollars gathered first through initial sales and then through the 2.5% future trade royalties. Moreover, the BAYC's partnerships with Adidas and other brands are real-world deals, as opposed to the superficial status of cryptocurrency and NFTs. These have collectively made the brand worth a market cap of $2.8 billion. The reporter argues that it is unwise to have the owner of a billion-dollar company unknown to the general public; "How do you hold them accountable if you don’t know who they are?", states the report.
Among the four owners, the real identities of two, under the pseudonyms Gordon Goner and Gargamel, were exposed while those of "No Sass" and "Emperor Tomato Ketchup" remain unknown. The two founders were actually Greg Solano, 32, and Wylie Aranow, 35, with the former having a background in professional writing.

When Yuga Labs, the company behind Bored Ape Yacht Club, confirmed the identities of the two founders, a backlash against BuzzFeed poured out of Web3 Twitter. The founders posted their own pictures on Twitter, alongside their NFTs, claiming that they were "Doxxed" by Notopolous. Solano captioned the pictures, "Got doxxed against my will. Oh well. Web2 me vs. Web3 me." While Aranow Tweeted, "Got doxed so why not. Web2 me vs Web3 me."

Doxxing is the term used when someone leaks personal information about a person in an attempt to make it easier for them to get harassed.

One of Notopolous' reasonings behind the article was that most people believed that the BAYC NFT designs were based on discriminatory stereotypes and thus if the company ever needed to be held accountable, the hidden identities of the owners would make it impossible. As a response to this, old discriminatory tweets of Notopolous herself were dug out to divert the blame.

Bored Ape Yacht Collection necessarily allows the creation of a virtual universe, as is popular with Zuckerberg's Metaverse these days. This virtual world is exclusive to those investing in it. An example of this is its feature "the Bathroom" which is a community drawing canvas available for all its members to write and draw whatever they wish. Every 15 minutes, one pixel can be scribbled onto it. Like ridiculously expensive art, its value is determined not by its quality, but rather its market "sellability".

Moreover, celebrities like the Chainsmokers are into it for the experience.

Ownership of NFT is more or less a status symbol that rich people can flaunt while there is also a sense of uniqueness an ape provides to its owners as each ape is completely unique in its features and no two people can buy the same one. The grand celebrity interest in Bored Ape Yacht Club has deemed it a trend, or something that is "cool", therefore, buying an ape is also a symbol of how trendy one is, as a statement to say that one is part of the same club as social media influencer Paris Hilton, Rap legend Eminem, megastar athlete Shaquille O'Neal, or business genius Mark Cuban.

You may also check out the newly launched BAYC token, ApeCoin!
Moreover, with each celebrity buying NFTs from Bored Ape Yacht Club, the club welcomes a brand new class of potential customers that are the people influenced by celebrities. This has boosted the overall value of the BAYC and thus, for countless rich folk, it is a source of investment much like the stock exchange. They buy the NFT at its current price which, judging from the reported investment talks of Yuga Labs with the Andreessen Horowitz firm, could potentially rise to well around $5 billion. This means that selling these NFTs in the future could bring back a profit of well over 100%.

Special Benefits For Members of the Club

Following are a few of the perks that a Bored Ape Yacht Club member has access to;

On a January 2022 episode of The Tonight Show Starring Jimmy Fallon with Paris Hilton as the guest, host Jimmy Fallon revealed that Paris Hilton had "taught him what they [NFTs] were" followed by him praising Hilton for making it into the list of the 50 most influential people in the NFT space.

This segment, however, appeared strange to many critics, with the Polygon terming it as "the Tonight Show's most uncomfortable recent segment". It so appears that Justin Bieber buying an Ape NFT for $1.7 million or Jimmy Fallon buying one for 46.6 ETH, which is around $220k, are rather endorsing the NFTs in an attempt to boost the BAYC's sales.
The Los Angeles Times stated that the Tonight Show might have breached Comcast's conflict of interest policies. Comcast owns NBC Universal and the apparently "casual" conversation about the BAYC on the NBC show might have contributed to a surge in the booming value of Bored Ape Yacht Club.

The success and popularity of Bored Ape Yacht Club could, therefore, be somewhat accredited to the celebrity endorsements it receives. Now, whether these endorsements are inadvertent or deliberate, is a controversial discussion of its own.

Bored Ape Yacht Club is currently the most popular NFT brand out there. This means that it is dominating the NFT charts. However, the company's recent endeavors, especially the most profitable ones, appear to be attempted at establishing the BAYC in the Web2 space.

The BAYC's partnership with Animoca brands to develop a game that will apparently pay users to play the game. This play-to-earn approach seems promising as it will pull in more users. The company is working to expand the BAYC universe to the real-life corporate world as its billion-dollar status is due to these investments. Moreover, its current investment talks with the Andreessen Horowitz firm can potentially make it worth $5 billion.

Crypto Basics
What Happens to Memecoins in Bear Markets?
This week, CoinMarketCap Alexandria takes a look at charts from previous years to find out if memecoins perform differently in bear markets in comparison to utility tokens. Learn more!
Von Daniel Phillips
5 months ago
3 Minuten
NFTs
News Roundup, Nov. 25: Metaverse Mania!
A plot of virtual land has sold for $2.4 million, why the metaverse could be worth trillions, and adidas and Coinbase enter into a mysterious partnership.
Von Connor Sephton
8 months ago
3 Minuten
NFTs
Podcast: Super Bowl Crypto Ads, Addiction to Trading
On this week's show, we look at the warning signs that your crypto trading is harmful — and we've got an easy-to-understand look at this week's headlines.
Von Connor Sephton
5 months ago
2 Minuten
See all articles