Ethereum Is Smashing its ATHs: Here's Why
Inhaltsverzeichnis
Why Is ETH Going Up?
Wider Institutional Adoption
DeFi Is Heating Up
EIP-1559 and Its Impact
Stablecoins and Metaverses
Will ETH Continue to Climb?
Ethereum

Ethereum Is Smashing its ATHs: Here's Why

By Avyan
6m
6 months ago

There are a few factors that could have played a part in pushing ETH over a new high — let's explore them below. 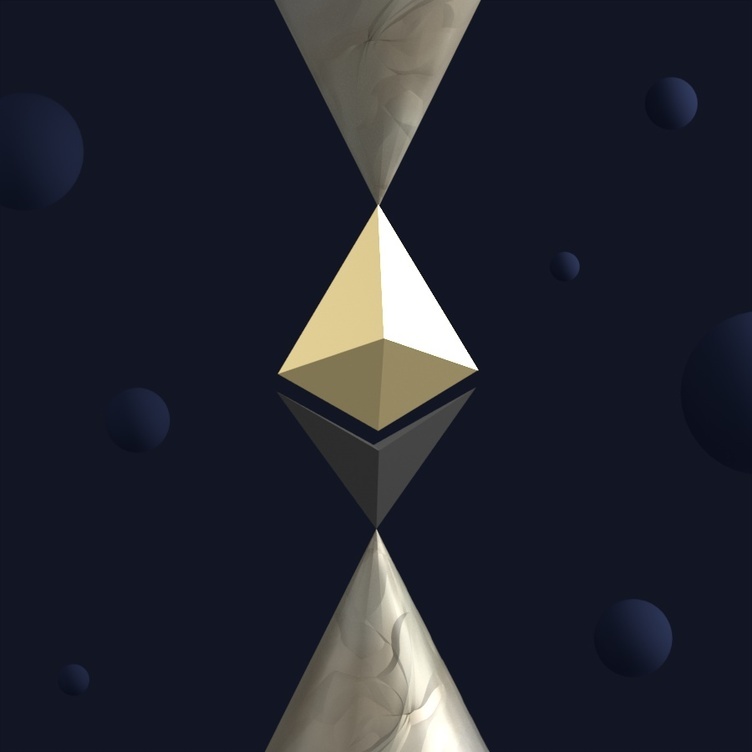 Ether, the native cryptocurrency of the blockchain Ethereum, skyrocketed by 4% within 24 hours on Monday to hit a new all-time high (ATH), smashing $4,800. Moments after the new record was set, the crypto's value slid down to $4,700 and has been trading near that level ever since.

The second-largest cryptocurrency by market cap first shot through the $4,600 roof last week on Wednesday. After a slight downturn in September, the cryptocurrency has in general been trending up since October, piggybacking on Bitcoin’s run on a new all-time high as well.

So, what's causing Bitcoin to pump so high? Well, many reasons can be attributed to Bitcoin’s price jump, but one common opinion is that the approval of the ProShares' Bitcoin futures ETF was seen as a positive sign for growing crypto acceptance (albeit slowly by the SEC).

There are a few other factors that could have played a part in pushing ETH over a new high. Let’s explore what these are and map them against previous all-time highs.

Why Is ETH Going Up?

Since the beginning of this week, Ethereum has been making incredibly high moves, touching a new ATH at $4,833.28. As of writing, the crypto is trading at $4,730, just a little short of all-time high. This price is above the 100-day moving average and has sustained high levels of price action. Both investors and traders are bullish on the cryptocurrency and are hoping it hits the $5,000 mark.

However, any sudden slow in growth can affect its run.

There are a couple reasons that could have supported Ethereum's bull run, and one of them is just the current, widening institutional adoption of cryptocurrencies in general. In the past few months, we have been seeing a wider adoption of cryptocurrencies by institutional investors. Case in point is the approval of the ProShares' Bitcoin futures ETF, which saw incredible trading volume when it was initially launched. Another similar ETF launched by Valkyrie also saw a sizable volume— and it has been reported that over 40 funds are already awaiting approval.

While Ethereum’s price move comes in as the demand for cryptocurrencies increases, the SEC's approval is a significant step forward in opening the floodgates of investors who were just waiting for the regulatory body's stamp to enter the crypto space.

DeFi Is Heating Up

The second reason for ETH’s way up could be attributed to the overall increase in the growing popularity of decentralized finance. The total value locked (TVL) in DeFi rose from $181B in late September to over $270B as of press time. This is just shy of a 60% increase in just over a month.

Perhaps the rise in gas fees is one of the strongest indicators of growing market activity in DeFi — referring to the chart, you can see that gas fees hit an average of over $50 per transaction.

There is also a rise in the number of daily users in the ecosystem with daily active addresses, averaging over 650K over the previous week. This is the highest level of users since summer this year.

A few months ago (in late July), Ethereum Improvement Protocol (EIP) 1559 was implemented, which was focused on making transactions on Ethereum more transparent. The update aimed to do that by burning a part of the gas fees, which (as a whole) were being distributed to miners earlier. The overall gas fee was split into two, where the "mandatory" fee was the one you had to pay for the transaction and the optional

"tip" that you could pay to the miners to incentivize them to pick up your transaction first.

With this division, the "mandatory" gas fee (also known as the base fee) was to be burnt, while only the "tip" would be awarded to the miners. While the idea was to create transactions more seamless, it also made ETH a more deflationary asset provided (obviously) that the amount of gas being burnt was greater than the amount being distributed as rewards.

Ever since its launch, over 800K ETH has already been burnt at a rate of 5.92 ETH burn/min. This also affects the price of the asset, especially when the number of users of the cryptoasset are increasing.

Another reason to support Ethereum’s club could also be the significant attention that stablecoins and the metaverse have been getting in the past few weeks. The President's Working Group issued a report on stablecoins which stipulated that the centralized stablecoin issuers would be regulated.

The report, however, only mentioned algorithmic stablecoins (such as DAI) in passing and said that they do not require as much attention because of their reduced usage and adoption. The news has received mixed emotions in the larger crypto market, with several players welcoming more regulation because of the controversial past of centralized stablecoins like USDT. Some, on the other hand, consider that this is just one step in the long-term pursuit of the regulators to bring the entire industry under its control.

Metaverses too have been at the driving seat behind the pump of various native coins of metaverses like Decentraland. Ever since Facebook rebranded itself to Meta, the conversations around this digital world have reignited with several users wanting to enter the space and explore it for what it is.

Interestingly, the NFT market has remained largely quiet these past few weeks.

Will ETH Continue to Climb?

Let me ask this question in a different way — will ETH continue to pump and hit the moon? Well, wouldn't all of us like that!

There are definitely predictions out there for Ethereum to hit the coveted $10K mark by the end of 2021, but it all depends on the products that are launched within DeFi and the derivatives that launch in the traditional financial market. There are hopes for an ETF launching some time in the first quarter of 2022, but for the moment those are just predictions and only time will tell how successful that is. One thing is for sure, however — the more traditional regulators give a green light on crypto-backed products, the more it creates an impression of wider adoption.

Furthermore, the overall usage of DeFi and its growth would also influence how the cryptocurrency performs. The number of active addresses on the network has remained largely in decline since the high during June 2021.

However, the number of active wallet addresses (which can be safely assumed for the number of users on the network) is expected to increase when the "merge" to Ethereum 2.0 happens. That will drastically enhance the network's performance while keeping gas fees low. Gas fees on the network fluctuates for different markets. However, they have seen a consistent decline throughout the year of 2021.

One possible reason behind this could be the rise of alternative L2 scaling platforms like Polygon, and the widespread DeFi movement on Solana, which has taken some market share from the second biggest cryptocurrency in the world. This has helped these alternate L1s and L2s get to higher market capitalization. In fact, some of them are nearing their ATHs.

While most of these L1s have grown on the back of rising gas costs on Ethereum, it would be very interesting to see the impact on their value and market cap when Ethereum finally upgrades to Ethereum 2.0. You can read more about Ethereum's upgrade here.
This article contains links to third-party websites or other content for information purposes only (“Third-Party Sites”). The Third-Party Sites are not under the control of CoinMarketCap, and CoinMarketCap is not responsible for the content of any Third-Party Site, including without limitation any link contained in a Third-Party Site, or any changes or updates to a Third-Party Site. CoinMarketCap is providing these links to you only as a convenience, and the inclusion of any link does not imply endorsement, approval or recommendation by CoinMarketCap of the site or any association with its operators. This article is intended to be used and must be used for informational purposes only. It is important to do your own research and analysis before making any material decisions related to any of the products or services described. This article is not intended as, and shall not be construed as, financial advice. The views and opinions expressed in this article are the author’s [company’s] own and do not necessarily reflect those of CoinMarketCap. CoinMarketCap is not responsible for the success or authenticity of any project, we aim to act as a neutral informational resource for end-users.
0 people liked this article