Also today, a new warning that Russians are using cryptocurrencies to evade sanctions — and the sorry tale of an experienced investor who lost $1.7 million after a hack. 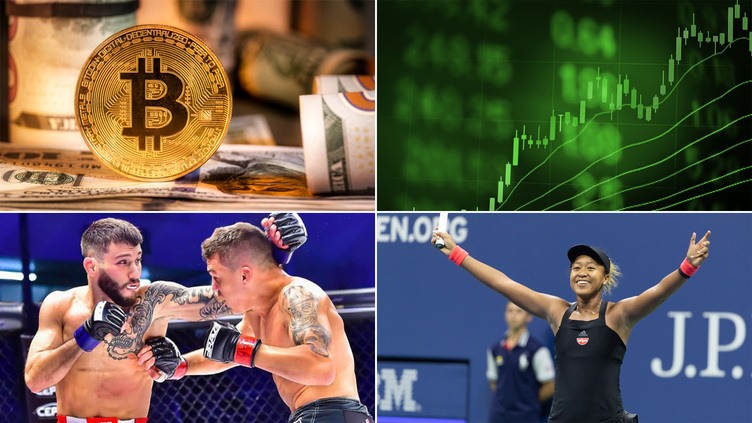 Crypto IS being used to evade sanctions, Lagarde warns 🚨

Cryptocurrencies are being used to evade sanctions imposed on Russian individuals — and exchanges that facilitate these transactions may be "accomplices" in the crime, the head of the European Central Bank has warned. Christine Lagarde's strongly worded statement is confirmation that digital assets are being used to blunt the impact of drastic measures imposed following Russia's invasion of Ukraine. Crypto exchanges could end up interpreting Lagarde's remarks as a warning that they need to do more to ensure their trading platforms aren't used by those on sanctions lists — and major brands have rejected calls to freeze the accounts of all Russian users.

An experienced crypto investor who founded his own DeFi venture fund has lost $1.7 million after his hot wallet was hacked — and he fears anyone could become a victim like he did. Arthur Cheong, known as Arthur_0x on Twitter, said the exploit happened despite the fact he uses password managers and hardware wallets. He had clicked on a link to a Google Doc that turned out to be malicious. Warning other crypto users could be specifically targeted, Arthur tweeted: "I'm not sure how I can persuade most normal people to put a substantial part of their networth onchain anymore."

In a bullish development, the world's biggest hedge fund is reportedly planning to gain exposure to cryptocurrencies. According to CoinDesk, Bridgewater Associates is going to back a crypto fund rather than invest in digital assets directly. Given how Bridgewater boasts $150 billion in assets under management, this could prompt other institutional investors to look at crypto more seriously. The hedge fund's founder, Ray Dalio, has previously revealed that he owns BTC — and described it as "one hell of an invention" last year. Bitcoin surged 5% on Tuesday — and was trading above $43,000 at one point.

Radical reforms are going to make it much easier for Japanese exchanges to list cryptocurrencies. Right now, trading platforms need to go through a six-month application process to add new coins — even if they only want to offer Bitcoin and Ether. But a local association now plans to create a "green list" of 18 coins that can automatically be offered without a screening process. It's hoped that this will enable the JCVEA, which represents 31 digital assets companies, to focus on approving newer cryptocurrencies… in addition to initial coin offerings and initial exchange offerings.

Top UFC fighter is getting paid in Bitcoin 👊

One of the world's top UFC stars has announced that he's getting paid in Bitcoin as part of a brand-new fight: protecting his earnings from inflation. Flyweight fighter Matheus Nicolau is the first Latin American athlete to receive his income in crypto. He says his decision was driven by how fast BTC transactions are… and the fact that digital assets "can't be confiscated," adding: "We professional athletes have a very short career, so that's why I think it's really important to manage our money." Nicolau is from Brazil, where red-hot inflation has seen prices surge 10% year on year.

Acorns — a popular investing app used by 8.2 million people — is now allowing its users to gain indirect exposure to Bitcoin. Customers will be able to allocate up to 5% of their portfolio to the ProShares Bitcoin Strategy ETF depending on their investment profile. The company hopes this approach will help crypto-curious investors get involved in this fast-moving space without "betting the farm on Bitcoin all at once."

The U.K. is getting tougher on crypto ads — and has warned companies that break the rules could be fined or forced out of business altogether. Fifty businesses have also been told that they'll face punishment unless they review their commercials. According to the Advertising Standards Authority, all crypto ads need to clearly state that digital assets are unregulated in the U.K. — and their value can go down as well as up. Promotions are also prohibited from trivializing investment decisions by describing them as simple, easy or suitable for anyone.
13 people liked this article

Bitcoin
CoinMarketCap News, Dec. 5: Top Democrat Faces Backlash over Tweet to SBF
Some are accusing Maxine Waters of being too friendly with FTX's founder during her attempts to get him to testify in Congress.
Von Connor Sephton
4 hours ago
3 Minuten
Bitcoin
Podcast: SBF Owned 90% of Alameda... Why Doesn't He Know What Happened?
Also today — liquidators at Three Arrows Capital clash with the bankrupt crypto hedge fund's co-founders.
Von Connor Sephton
4 hours ago
1 Minuten
Bitcoin
SBF Vows to Testify in Front of Congress After FTX Collapse… But Doesn't Say When
"Once I have finished learning and reviewing what happened, I would feel like it was my duty to appear before the committee and explain," he tweets.
Von Connor Sephton
7 hours ago
2 Minuten
See all articles