The Commonwealth Bank of Australia put its plans to offer crypto trading on hold. 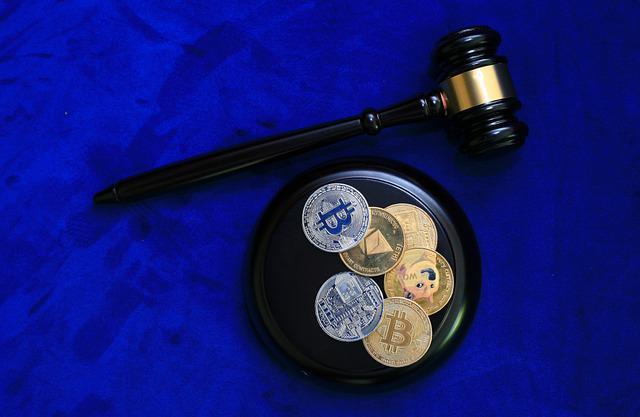 The fallout surrounding the LUNA crash continues to take a toll, even among those not directly involved.

The Commonwealth Bank, Australia's largest bank, put the launch of a second pilot of crypto trading services on hold. What's more, the bank suspended its first testing round and cut off access to participants.

CEO Matt Comyn went for this drastic measure since he saw the need for more regulatory clarity:

"Our intention still, at this stage, is to restart the pilot, but there are still a couple of things that we want to work through on a regulatory front to make sure that that is most appropriate."

Comyn said the bank was "working with a number of regulators very closely, as you would imagine, about the appropriate treatment of this particular product."

The service was announced in November 2021 and would have allowed 6.5 million Australians to trade up to ten different cryptocurrencies. The bank partnered with cryptocurrency exchange Gemini and analytics firm Chainalysis. The plan for 2022 was to launch more features for the app.

That is not up for discussion for the moment, as the LUNA collapse seemingly played a significant part in the bank's decision:

"As events of the last week have reinforced, it is clearly a very volatile sector that remains an enormous amount of interest."

Comyn was confident that "alongside that volatility and awareness, interest from regulators and people thinking about the best way to regulate" would eventually lead to a better outcome.

Even though the second pilot program had already been halted in April over concerns from financial regulators about giving users access to crypto, new developments will have made the CBA's roadmap even more difficult. Back in April, the Australia Securities and Investment Commission (ASIC) objected to the pilot, citing a lack of consumer protection.

CEO Comyn is also waiting for the result of the upcoming federal election on the weekend. A change in government could lead to a change in the crypto regulatory landscape.

According to Dr. Dimitrios Salampasis, a leadership and entrepreneurship lecturer at Swinburne University, "balancing risk, brand equity and regulatory clarity will be key so as to minimize disruption in CBA's current business model."

With crypto currently in flames, small wonder market participants are running for cover.

Crypto News
CoinMarketCap News, Dec. 6: Sam Bankman-Fried Feels the Heat as U.S. Politicians Demand Answers
A top Democrat is now urging Sam Bankman-Fried to testify before Congress next week — after her polite requests were rebuffed.
Von Ivan Cryptoslav
5 hours ago
3 Minuten
Crypto News
Podcast: Why SBF Testimony in Washington, D.C. Could Be a Risky Move
Plus — a very gloomy Bitcoin prediction for 2023 emerges.
Von Ivan Cryptoslav
5 hours ago
1 Minuten
Crypto News
Top Democrat Urges Sam Bankman-Fried to Appear in Front of Congress Next Wednesday
The chair of the House Financial Services Committee has taken flak for trying to woo FTX's ex-CEO to Washington, D.C. to testify about his companies' collapse. But the gloves are coming off.
Von Ivan Cryptoslav
6 hours ago
4 Minuten
See all articles