Bitcoin Up 5% After Fed Raises Interest Rates By Half a Percentage Point... But Why?
Inhaltsverzeichnis
Why is Bitcoin Up?
Crypto News

Bitcoin Up 5% After Fed Raises Interest Rates By Half a Percentage Point... But Why?

Bitcoin's rise on Wednesday can likely be attributed to strength on Wall Street. The tech-heavy Nasdaq closed trading up 3.2%, with the S&P 500 showing comparable gains. 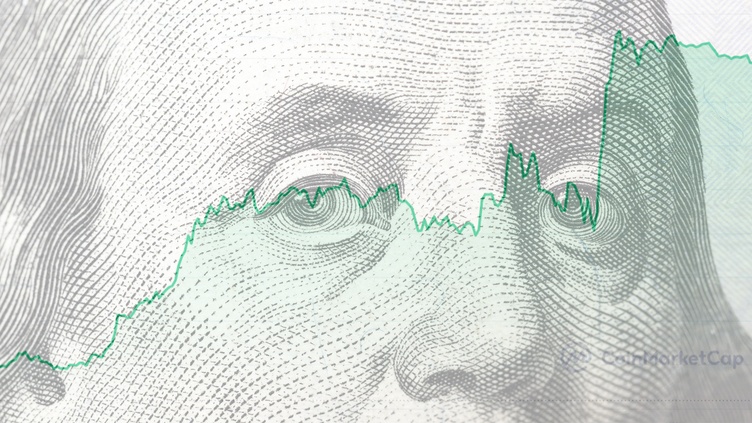 The Federal Reserve has confirmed that it will be raising its base interest rate by half a percentage point — the biggest hike since 2000.

Following weeks of nervousness about the U.S. central bank's decision, Bitcoin has raced towards $40,000 — up 5% in 24 hours — in what may very well be a "sell the rumor, buy the news event."

All of this means that the Fed's benchmark interest rate is now within a range of 0.75% and 1%, and it comes as economists battle to bring red-hot levels of inflation under control.

In a statement explaining its decision, the Federal Open Market Committee said:

"The invasion of Ukraine by Russia is causing tremendous human and economic hardship. The implications for the U.S. economy are highly uncertain. The invasion and related events are creating additional upward pressure on inflation and are likely to weigh on economic activity."

Looking forward, economists anticipate that further interest rate rises will be required as the Fed battles to bring inflation back to its target level of 2%. The latest figures show the Consumer Price Index rose 8.5% year on year in March 2022 — the highest since December 1981.

Ether and Binance Coin joined Bitcoin in rising by about 5%, while many major altcoins outperformed. XRP and Solana were up by 7%, while Cardano was up by a whopping 15%.

Why is Bitcoin Up?

Interest rate rises are generally regarded as a bad thing for cryptocurrencies. Although they increase the cost of borrowing, they also mean generous rewards for savers — making riskier assets less attractive when compared with more conventional investments.

Bitcoin's rise on Wednesday can likely be attributed to strength on Wall Street. The tech-heavy Nasdaq closed trading up 3.2%, with the S&P 500 showing comparable gains.

This is likely linked to Fed Chairman Jerome Powell revealing that a future rate hike of 0.75% is "not something that the committee is actively considering" — meaning that, although rates will continue to rise, the pace will be gradual rather than sharp and sudden.

The Fed's decision will likely prompt other central banks to increase interest rates also — and Wednesday's strong showing on Wall Street will likely be replicated during Thursday's trading in Europe and Asia.

But for now, Bitcoin's next challenge is meaningfully cracking through $40,000 — a level that's proven elusive in recent weeks.