Bitcoin and Energy: Bitcoin Mining — a Revolution in our Energy Production?
Inhaltsverzeichnis
The Bitcoin Mining Power Mix
Bitcoin's Role in a New Energy Premise
How to Flip Electricity Production on Its Head
Nuclear Energy — a Necessary Evil?
A Short Explainer on How Electricity Production Works
Bitcoin's Role in a Future With Abundant Energy
The Obstacles on the Way to Bitcoin Energy Utopia
A Better Understanding of How BTC Can Be Mined With Non-Rivalrous Energy
Sound Regulation
A Political Will to Change
Moving Forward
Tech Deep Dives

Bitcoin and Energy: Bitcoin Mining — a Revolution in our Energy Production?

We dive into how Bitcoin could potentially change the way we look at energy production and the current power grid. 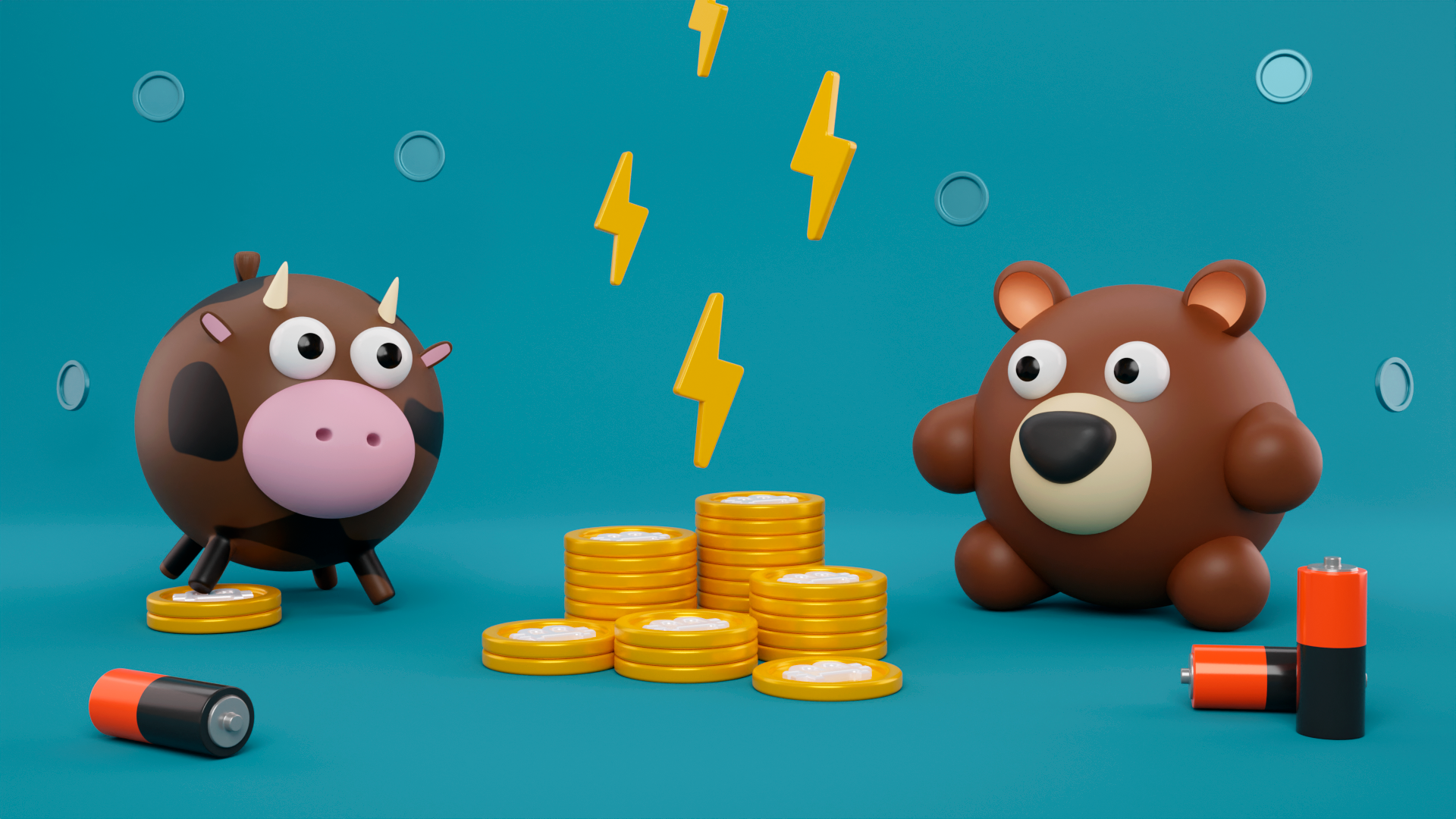 Don't have time to read? Check our video instead! ⬇️
In part one of this Bitcoin and energy three-part series, we looked at Bitcoin mining with flared natural gas.
Part two debunked the seven biggest Bitcoin mining energy myths.
This final part covers a more abstract topic: If and how Bitcoin mining could upend the way we look at energy. We'll cover:
Subscribe

The Bitcoin Mining Council is a group of 44 mining companies representing more than half of the global Bitcoin hash rate. It publishes a quarterly report with estimates of the Bitcoin mining power mix by surveying its members. The latest Q2 2022 report shows that Bitcoin has a higher mix of sustainable energy than famously green Germany:
59.5% of the electricity used to power the network comes from sustainable energy sources, including flared natural gas. But looking at the power mix alone does not do the network justice. Instead, let's explore Bitcoin's role in the future of energy production.

The Bitcoin network can be thought of as a marginal buyer of energy with perfect price elasticity.

That's economist-speak for "miners buy the cheapest energy available and move immediately when there's a better alternative." It's not quite as simple, but it covers the gist of mining.

One accusation the network faces is that it consumes "too much" energy. But what if we flip this thinking on its head? What if it's not Bitcoin that's consuming too much energy, but humans not producing enough energy?
Cleo Abrams puts it very well in her video about clean energy: we shouldn't be thinking about how to conserve energy, but about how to generate more.

Operating from a scarcity mindset isn't helpful. You can never have too much energy.

Jevons paradox posits that efficiency gains lead to a higher demand, which cancels out the efficiency gains. In other words, the better we get at saving energy, the more we will need. Since electricity is the most concentrated form of energy, and we're bad at storing it, the solution is to find ways to generate more.
Bitcoin Magazine makes the case that the Bitcoin network could help usher in a new era of abundant energy.
Bitcoin incentivizes electricity production subject to the lowest variable cost. Miners go where electricity is cheap. So what if we flipped our premise from producing as much electricity as needed to as much electricity as we can?

How to Flip Electricity Production on Its Head

The first question raised is better answered by an energy expert. Some countries like France push for nuclear energy, arguing that it could help us produce more and cleaner electricity, while others like Germany and Japan are turning their backs on nuclear energy for political reasons. But with energy security becoming a critical question, they will have to back up their green-energy convictions with cold hard cash.

This isn't all the fault of green energy policies, but they also didn't help.

Nuclear energy — the devil incarnated to some and an energy silver bullet to others.

The truth, as so often, is somewhere in the middle.

On the one hand, zealous nuclear opponents like Greenpeace do have a point — scaling up nuclear power is costly and slow. Only construction time for reactors can be close to a decade, even if policymakers pitch it to a society open to nuclear power. Moreover, costs per megawatt-hour exceed those of fossil fuels or even renewables. That is before we consider the valid criticism of nuclear waste and reactors being exposed to risks like natural disasters or geopolitical conflict.
And yet, regions with skyrocketing energy costs like Europe cannot afford to shun nuclear, simply because they are running out of options. Nuclear undoubtedly has an unwarranted PR problem, unwarranted because nuclear energy has become a lot safer and progress in safety measures now rules out Chernobyl-like disasters. Death rates from nuclear energy production are the lowest after renewables — and renewables cannot be scaled similarly to provide a stable baseload.

In short: there is good reason to at least consider scaling into nuclear energy.

A Short Explainer on How Electricity Production Works

Electricity is produced by having a base load and an intermittent load. Base load needs to come from reliable energy sources like nuclear or coal. Imagine if all base load came from solar energy and the sun doesn't shine for a few days. Wouldn't work so well, would it?
Intermittent load is what is consumed at peak times like in the mornings and evenings before and after working hours.

But say we produced too much electricity, so much that we have excess electricity we don't know what to do with. That's where Bitcoin comes in.

These days it makes no sense for a nuclear plant to produce more electricity than needed. Costs rise, but revenue doesn't, since demand is capped. With Bitcoin miners, this equation makes sense:

This does two things:

Bitcoin can take the edge off inflexible suppliers like sun and wind energy. These energy sources are hard to store but easy to monetize. Since the network doesn't rely on a single source of energy, it is not subject to downtime. It can also shut down in minutes. This approach would allow inverting the grid and still sticking to the transition to green energy.
For instance, Germany generates record amounts of clean energy through offshore wind installations. However, its grid cannot support the excess electricity generated, letting it go to waste. Even worse, Germany has to pay rival wind farms from Denmark to shut down, simply because it makes economic sense to do so. Bitcoin would literally solve this. Instead of making a loss on excess electricity generated, miners could help wind farms make a profit by buying their marginal megawatt-hours.

Critics will say that we need to switch entirely to renewables, with experts saying that carbon emissions need to hit zero by 2050. However, fossil fuels still make up 83% of global energy production. Proponents of nuclear energy will argue that unless wind and solar grid storage and transportation improve, nuclear energy would apply a market solution to a pretty urgent problem.

Bitcoin's Role in a Future With Abundant Energy

The ideal outcome would be using only renewables at a low cost. Currently, we're using almost no renewables and at a high cost. So before we dream about abundant energy, we need to get the transition right.

BTC mining could and should be regulated to use excess electricity supply instead of adding to demand. Using flared natural gas is an excellent example. Using nuclear energy would be another one, provided there is a political will for it. Mining bitcoin does not even have to be more profitable. Mining Bitcoin just has to be more profitable than the opportunity cost of the status quo.

For example, if we just use flare natural gas, we actually have a negative cost since this prevents flare gas from polluting the environment. So one could argue that mining BTC with this energy resource is good, no matter what. Similarly, if we produced too much electricity from a nuclear plant, miners just have to beat the opportunity cost of not producing. Put simply, miners pay the plant to keep lights on.

Furthermore, we can tap into energy sources that are uneconomical thus far. Mining BTC with volcano energy in El Salvador is actually not a bad example. However, it requires building the infrastructure to generate electricity in the first place. A better example would be surplus production from hydro or gas.
Bitcoin could thus help developing nations monetize their energy sources even if they don't have transmission infrastructure in place. Of course, many of these countries suffer from a poor rule of law, corruption, etc. However, that is hardly the fault of the Bitcoin network.
Finally, in a really utopian future (Bitcoiners are already salivating), you'd look at recycling the heat of ASIC miners. Currently, this is a negative externality, but it is actually an energy source in itself that can be used. Coupled with better L2 infrastructure like a fully-functioning Lightning Network, the network could be a net positive for energy production and payments.

The Obstacles on the Way to Bitcoin Energy Utopia

Alright, this all sounds fine and dandy, but let's be real: how can we even achieve this?

Again, the energy and infrastructure side is better left to experts. But there are three soft factors that need to be fulfilled.

Currently, there is a clear lack of understanding of how mining can be beneficial. Even a basic economic concept like pricing a negative externality gets overshouted by "orange coin bad."

Some might argue that the Bitcoin community needs to do a better job of researching and explaining this issue. Maybe mining exclusively from non-rivalrous energy isn't even feasible? Maybe it is? That's on the community to find out and communicate.

Miners are already doing their job, but unfortunately, many places with cheap energy are corrupt, authoritarian and often both. Which leads to arguments like "Bitcoin exploits the vulnerable." However, this isn't on miners, but on the people holding political power and not providing public goods like power grids.
Focusing on democratic countries, policymakers need to be educated by experts and pass regulation that embraces innovation and incentivizes the right outcomes: using the network to fix market inefficiencies, ideally with clean energy.

A Political Will to Change

All of this will only work if we actually want change. If countries shun renewables or nuclear energy in favor of coal, Bitcoin can't force them. Despite lofty zero-emissions goals, some governments are putting cost effectiveness over outcomes that benefit the general public.

In a future that looks increasingly likely to head for a period of deglobalization, policymakers need to decide whether their objective is the populace's prosperity or whether it's something else. And citizens will hold them accountable, one way or another.

This article isn't saying Bitcoin will usher in a utopia of abundant energy. But both sides — Bitcoin advocates and opponents — need to have an honest, well-informed discussion about whether the network just might be able to help with a few urgent problems.