10 Big Bitcoin Predictions for 2021
Inhaltsverzeichnis
Bitcoin Price Predictions
10. A big pullback is possible
9. But the bull run could last
8. BTC will carry on threatening gold
7. Naysayers warn of BTC hitting zero
6. BTC will double again
5. Stock-to-flow forecast will be right
4. Big banks: This is just the beginning
3. Regulation will come into sharp focus
2. Cryptocurrency will get taxing
1. BTC will add zeros
Crypto News 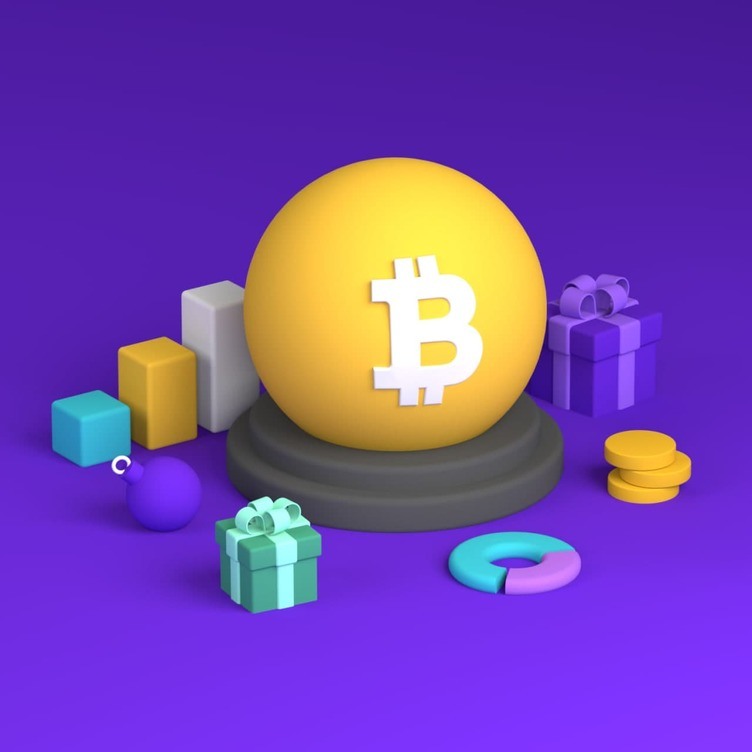 In 2017, when Bitcoin broke $20,000, there wasn’t much time to celebrate. The value of the world’s biggest cryptocurrency quickly fell through the floor — and by December 2018, it was languishing around the $4,000 mark.

With BTC ending the year close to $30,000, there seems to be a lot of optimism that such a dramatic decline isn’t going to happen again. With institutional investors piling into crypto like never before, this bull run feels a lot different. Here are 10 of the most significant predictions and price forecasts for 2021.

10. A big pullback is possible

According to a survey performed by Finder.com, there’s a lot of disagreement when it comes to whether we’re going to see a market crash in 2021. Respondents were split right down the middle, with 52% warning that we could see BTC lose more than half of its value in a short space of time. Entrepreneur Jimmy Song was quoted as saying: “This has happened in 2017, 2013 (twice) and 2011. I don’t see why it would change this time around.”

9. But the bull run could last

Despite the historical precedence, there is a lot of optimism that Bitcoin is heading for a protracted bull run. A staggering 58% of those polled by Finder.com think that BTC will continue to surge until the second half of 2021 at the very earliest — while 10% believe investors will be booking gains until 2024.

8. BTC will carry on threatening gold

One source of lively debate in 2020 centered on whether Bitcoin can continue to steal market share away from gold. Some analysts believe that the precious metal’s days as a store of value are numbered because of how millennials prefer cryptocurrencies as a safe haven asset. Indeed, Tyler and Cameron Winklevoss have repeatedly set out the case for BTC hitting $500,000. Although that might not happen in 2021, the twins are adamant that this milestone will be achievable one day.

Of course, there are bears who continue to be exasperated at Bitcoin’s performance. One of them is Anton Wahlman. He says the idea that BTC is worth anything at all is absurd — setting a rather harsh price projection of zero. Wahlman wrote: “Sometimes there's something so absurd that you hardly know where to begin to make the argument, for it's so obvious and self-evident that it should not have to be explained. Bitcoin and similar cryptocurrencies are such a case.”

After falling into the trap of making several inaccurate BTC price forecasts over the years, Galaxy Digital’s Mike Novogratz had said he would “hang his spurs” if Bitcoin failed to hit $20,000 in 2020. Against the odds, he was proven right… so what does he think will happen in 2021? In tweets to the Game Of Thrones actress Maisie Williams, he asserted that $65,000 is a realistic price target for the coming year. It’ll be interesting to find out whether he’s right.

5. Stock-to-flow forecast will be right

One metric that has caused quite a lot of derision in recent months is the stock-to-flow price forecast, which was produced by PlanB. But now the analyst believes that Bitcoin is comfortably on track to exceed $100,000 by December 2021 — paving the way for a more concerted push into six figures as the 2020s continue.

4. Big banks: This is just the beginning

After years of skepticism, Wall Street is starting to warm to Bitcoin — and in quite dramatic fashion too. Back in November, leaked analysis from technicians at Citibank suggested that Bitcoin could surge to $318,315.72 by December 2021. To put that into context, that’s just 90% of current levels.

3. Regulation will come into sharp focus

Moving away from Bitcoin price predictions for a moment, do remember that central banks and governments will be looking at Bitcoin’s surging market cap very closely. As JPMorgan CEO Jamie Dimon recently noted, the U.S. could be tempted to spring into action and introduce new curbs on BTC if the cryptocurrency gets any bigger. And that’s before we’ve even contemplated the possibility that altcoins could become a more attractive place for growth than BTC, or central banks launching their own digital currencies as the space becomes competitive.

2. Cryptocurrency will get taxing

If you own Bitcoin, now might also be the time to get your tax affairs in order — especially if you live in the U.S. or the U.K. The Internal Revenue Service, as well as Her Majesty’s Revenue and Customs, are beginning to step up action against those who fail to declare their crypto holdings. Selling Bitcoin for more than you bought it for is a taxable event, meaning you’ll be liable to pay capital gains.

Bloomberg Intelligence’s Mike McGlone is another who is upbeat about Bitcoin’s prospects in 2021. He argues that $50,000 is “a good 2021 target resistance” — a milestone that would result in an overall market cap of $1 trillion. But perhaps his most significant prediction relates to what would happen in the event of a market crash. McGlone argues that $10,000 now serves as critical support for Bitcoin — a remarkable achievement given how the cryptocurrency spent most of 2020 trying to break through this zone.

Crypto News
BREAKING: Bitcoin Avoids De Facto Ban in Europe
MiCA would have forced Proof-of-Work blockchains, like the one used by Bitcoin, to meet "minimum environmental sustainability standards."
Von Connor Sephton
6 months ago
1 Minuten
Crypto News
Former OpenSea Executive Charged With NFT Insider Trading
The Department of Justice pursued an NFT-related insider trading charge for the first time ever.
Von Ivan Cryptoslav
3 months ago
2 Minuten
Crypto News
A Significant Ethereum Improvement Proposal Has Just Been Created
EIP-3675 could fire the starting pistol on the next stage of the shift to ETH 2.0.
Von Connor Sephton
1 year ago
1 Minuten
See all articles