The Wikimedia Foundation, which operates Wikipedia, has voted on a proposal that could disable cryptocurrency donations to the site. 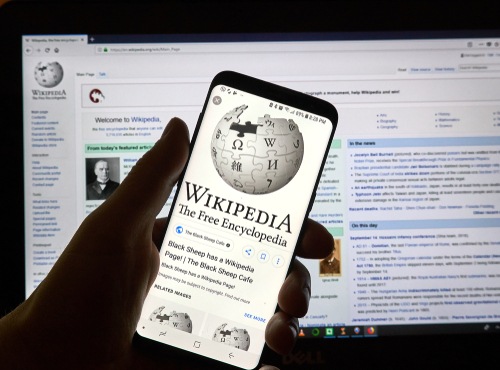 In 2019, the Wikimedia Foundation enabled cryptocurrency donations in Bitcoin, Ethereum and Bitcoin Cash. Now, Wikipedia contributors have said no to crypto, voting negatively with an overwhelming majority on a proposal to disable the integration. 71% of (232/326) of Wikimedia contributors want the Foundation to stop accepting cryptocurrency donations.

The proposal was opened on January 11 with the following arguments:

A lengthy discussion ensued, covering several interesting arguments. For instance, Wikimedia revealed that crypto was only 0.08% of their revenue in 2021 ($130,100.94).

Another point covered was cryptocurrency fees, with members arguing that high fees on crypto transactions was a point against using crypto for donations.

Undoubtedly the biggest argument against accepting cryptocurrencies brought forward by opponents was the environmental impact of Bitcoin.

According to one contributor, the Foundation should not support Bitcoin for the following reason:

Other arguments discussed were the use of a potentially "greener" cryptocurrency, crypto as a tool of financial inclusion, and the role of Bitcoin as legal tender in El Salvador and its influence on the Wikimedia Foundation.

The consensus among the 71% in favor of disabling cryptocurrency donations to Wikimedia was the following:

One contributor who signaled "Strong support" for the proposal summed it up as follows:

"Declaring something a ‘store of value’ with no additional/inherent/underlying reason why that thing should have value, or should maintain a stable value over time, is the current popular way to disguise a pyramid scheme / greater fool scheme / ponzi scheme, in which newcomers (greater fools) buy in and transfer their wealth to earlier adopters (slightly lesser fools). Through this lens, the constant hype and promotion of cryptocurrency to a broader and broader audience makes perfect sense: it's a feature not a bug. It's how the whole machine works. Wikimedia should avoid playing a role in promoting this scam."

Wikimedia rejecting crypto as a means of payment is likely to be a precursor of wider discussions to follow, as cryptocurrency payments seep into the mainstream. Expect this heated argument to be one of many more to come.

Altcoins
Bank of Japan Latest Major Economy to Test CBDC, Raising Pressure on U.S.
The BoJ announced a digital yen proof-of-concept test with its three megabanks and a number of smaller ones, although it's much slower than India's plan for a 2023 launch.
By Ivan Cryptoslav
2m ago
3m
Altcoins
CoinMarketCap News, Nov 23: How to Handle an Awkward Thanksgiving
In today's news, crypto businesses with exposure to FTX are fighting for their lives — as rumors swirl that Mark Zuckerberg is planning to step down.
By Ivan Cryptoslav
20h ago
5m
Altcoins
Podcast: The FTX Crisis Explained — What Happened, What's Next, and What It Means for Crypto
On today's CoinMarketRecap, Connor Sephton and Molly Jane Zuckerman dive into the crisis that has engulfed FTX.
By Ivan Cryptoslav
21h ago
1m
See all articles