What are Parachain Slot Auctions and Crowdloans?

By Polkadot
6m
5mo ago

Projects that want to connect to Polkadot as a parachain need to win a parachain slot auction. Here, we give a brief overview of how the process works. 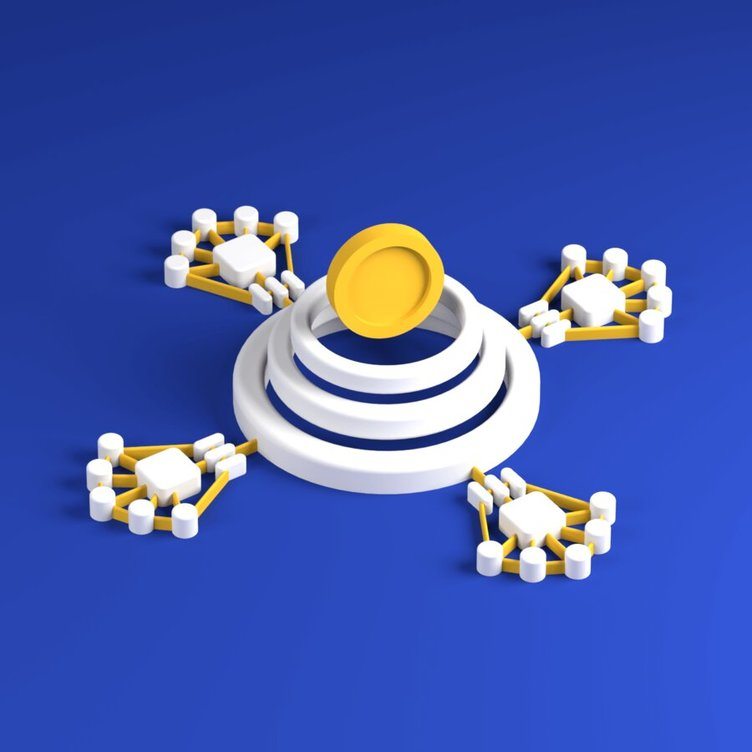 Projects that want to connect to Polkadot as a parachain need to win a parachain slot auction. Here, we give a brief overview of how the process works.

Each parachain can be different and built to its own specification for different use cases. For example, one might be designed for gaming, another for smart contracts, decentralized finance (DeFi), identity management, or any other blockchain use case.

This is important because no single blockchain is optimal for all use cases. All blockchains make tradeoffs to better support certain use cases over others, and each has different needs in terms of security. Polkadot and Kusama give parachains the ability to specialize, giving them a competitive advantage over more general blockchains.

Decentralized applications (DApps) can be built on top of parachains and some parachains are designed to host their own extensive ecosystem of DApps and services. The system allows parachains to interoperate with each other, sending not just tokens but any type of data between chains seamlessly and securely. This means DApps on different chains can talk to each other and use cases can go beyond any single application or blockchain.

‍
Polkadot also connects parachains with external networks such as Bitcoin and Ethereum using its network of bridges.
‍

After the lease is up, the total amount of tokens bonded to secure the slot are returned to the project. In this sense, as there are no additional fees paid by parachains to connect to Polkadot, the cost of leasing a parachain slot is best thought of as opportunity cost of not being able to use the bonded tokens (e.g. for staking) for the duration of the lease.

The lease can run up to a maximum of 48 weeks on Kusama and 24 months on Polkadot.

Based on theoretical computing limits, it is anticipated that at maturity, each network will be able to support around 100 parachain slots. However, this does not mean that only 100 projects can run on the network, as one parachain may host many projects and several blockchains can share a single slot if connecting as a parathread. Research is also being carried out to expand the maximum number of parachains in the future.

Each slot will go up for auction shortly before the end of the lease and the team can bid again if they wish to continue as a parachain. As lease slots are fungible, the team can also bid on another slot before the end of their current lease to maintain continuity. Teams will also have the option of connecting to Polkadot on a pay-as-you-go basis if they don’t want to lease a long-term slot on the Relay Chain. This option may be more economical for newer chains and those with lower traffic.

Cost of a Parachain Slot Bond

As the amount teams bid for a parachain slot is based on supply and demand, there is no predetermined fixed bond amount. If the auction bid is successful, the tokens are locked up for the duration of the lease and returned when the lease expires. This means that the actual cost of the lease is the opportunity cost of not staking those tokens during this time.

The need to run collators adds an additional, but relatively minor, cost and involves much less work than running a node on other blockchains, since security is already handled by the Polkadot validator pool. In general, for high traffic applications, it is expected that the parachain model will be more economical than building with smart contracts or building a standalone blockchain.

Parachain teams have the option of sourcing the tokens needed for their auction bid from their community by conducting something called a crowdloan. By contributing to a crowdloan, token holders agree to lock up an amount of tokens for the duration of the parachain slot lease, assuming the team’s bid is successful in securing a slot.

After the lease, the full amount of tokens contributed is returned back into the control of the original owner. Just like when a team bids directly on the auction, the cost of participating in a crowdloan is the opportunity cost of not being able to transfer or stake the contributed tokens for the duration of the lease. It’s up to the parachain team to decide how, if at all, they reward their crowdloan contributors for their participation.

Parachain slot auctions take place according to a modified version of what is called a candle auction.

‍‍‍
Candle auctions date back to at least the 17th century, named for the fact that the auction took place for the amount of time it took a candle to burn out. The idea behind candle auctions was that, since participants didn’t know exactly when the auction would end, they were more likely to submit bids early on that matched their valuation of the auction item, leading to more accurate price discovery. Blockchain technology has allowed us to make candle auctions even more efficient, as shown in recent research by the Web3 Foundation.
‍
Auctions on Polkadot and Kusama have a specified time period during which bids and crowdloan contributions can be submitted. At the end of this period, the precise moment of the auction’s close is determined retroactively on-chain by something called a verifiable random function (VRF).
‍

The highest bid at the moment chosen by the VRF wins the auction. This format was chosen for fairness and more accurate price discovery as it eliminates auction sniping – the strategy of waiting until the last moment to submit bids in an effort to win for a price below the true value of the auction item.

Before bidding in an auction, teams specify the specific period and length of their desired lease, up to a maximum of about 48 weeks on Kusama and 24 months on Polkadot. This determines how long the parachain will maintain continuous connectivity to the network before needing to bid in another auction, as well as how long the bond (and any crowdloan contributions) will be locked up. Each auction is for one particular parachain slot, and only one auction takes place at a time.

The rollout of parachains is the last stage of a multi-stage Polkadot launch. As part of this rollout process, parachains and auctions are launching first on Kusama – Polkadot’s canary network.
‍

Kusama is a live network built with almost the same code as Polkadot and with real economic incentives. Kusama was designed as a fast-moving platform that can provide an experimental development environment for teams who want to innovate quickly, and also serves as a testing ground for projects before launching on Polkadot.

‍
At the time of writing, parachain slot auctions have already begun on Kusama, and are expected to begin on Polkadot once a full audit has been completed and parachains have been demonstrated to be running smoothly on Kusama. As with any change or upgrade on Polkadot, auctions will need to be activated by the network’s on-chain governance process.
‍‍‍See the current auctions taking place on Kusama, learn more about how they work and find out how to contribute to a crowdloan.
This article contains links to third-party websites or other content for information purposes only (“Third-Party Sites”). The Third-Party Sites are not under the control of CoinMarketCap, and CoinMarketCap is not responsible for the content of any Third-Party Site, including without limitation any link contained in a Third-Party Site, or any changes or updates to a Third-Party Site. CoinMarketCap is providing these links to you only as a convenience, and the inclusion of any link does not imply endorsement, approval or recommendation by CoinMarketCap of the site or any association with its operators. This article is intended to be used and must be used for informational purposes only. It is important to do your own research and analysis before making any material decisions related to any of the products or services described. This article is not intended as, and shall not be construed as, financial advice. The views and opinions expressed in this article are the author’s [company’s] own and do not necessarily reflect those of CoinMarketCap.

Crypto Basics
How Are NFTs Changing the Art Industry?
With the NFT industry booming in terms of collectible and music, how does crypto art fit in?
By Werner Vermaak
8mo ago
5m
Crypto Basics
How Bitcoin Miners Operate
How exactly do computers mine bitcoin, and is it profitable? This article explains the process behind how the first cryptocurrency works.
By Andrey Sergeenkov
7mo ago
6m
Crypto Basics
What Is an ICO?
ICOs were all the rage back in 2017 — what do you need to know about this method of fundraising, and how can you protect yourself against bad actors?
By Decentralized Dog
1yr ago
5m
See all articles