After an incredible bull run at the beginning of the year, will DOGE be able to reach its $1 target price? Read more! 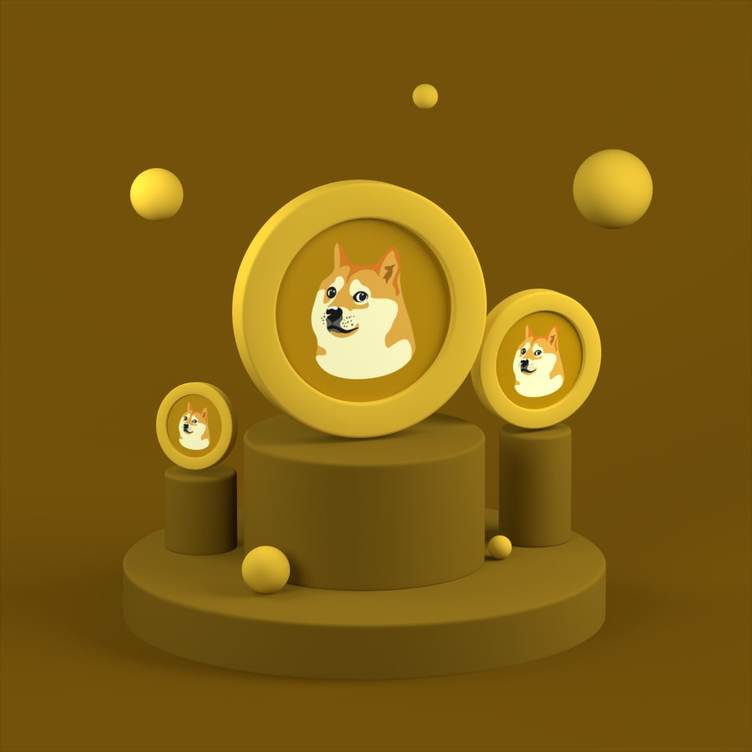 Everyone who is interested in cryptocurrencies has heard of Dogecoin, the oldest and biggest memecoin of the whole crypto industry.

For those that are new to this space, you have probably heard of DOGE through Elon Musk or the strong community that it has. Back in 2013, in the early phases of the cryptomarket, DOGE was indeed created as a meme.

In the last eight years, the community around DOGE has grown immensely and, at the time of writing, it is the 10th biggest cryptocurrency with a market cap of more than $34 billion!

In this article, you will see the coin charted against both Bitcoin (BTC) and Tether (USDT).

A few years ago, it was commonly known that DOGE used to have a nice bull run against BTC every time it fell into a certain demand zone. That demand zone was around 17-35 satoshis.
In 4.5 years, DOGE successfully had seven runs against BTC. However, when it was all around Twitter that DOGE printed these patterns, it refused to do so in 2019 and 2020. Many investors gave up hope and dumped their bags full of DOGE.
Then by the end of 2020, when Bitcoin started to reach its new all-time highs, Elon Musk actively started tweeting about cryptocurrencies, and DOGE in particular, again.

DOGE then rose 5,200% against Bitcoin in only a bit more than 3 months! This massive run attracted many investors towards DOGE and other memecoins and made the previous runs look insignificant.

After that run, markets tumbled and the interest of investors tumbled with it. However, recently, you can see that memecoins are quite ‘hot’ again. But DOGE seems a bit left behind.

On this chart, you see the massive rise of DOGE versus Bitcoin during the first few months of this year. The Fibonacci levels are drawn from the bottom to the top of the trend.

Afterward, you see it made lower highs and lower lows that signify a typical downtrend. At this moment, it is forming a big falling wedge.

For DOGE to reverse this trend, it has two options:

DOGE/USDT on a 3D Chart

This chart is on a logarithmic scale to make things more visible.

You can see that whenever DOGE has a massive surge in a short period, it forms a rounded bottom. Currently, it is also forming a rounded bottom again. It is quite logical that this one is taking some time to form because DOGE rose quite massively in 1 year. There has been a lot of profit-takings and panic selling. It seems like DOGE is setting itself up to form higher lows and higher highs again.

You see the Fibonacci levels plotted again from January’s low. Short after, DOGE came really close to that magical $1 target, but it reversed near the -0.786 Fibonacci level. Price came down and formed a bottom perfectly near the -0.236 level.

A -1 measured move would mean that DOGE will be trading above $1. It would also mean a 1,000 times rise from March 2020’s bottom, however, only three times more than the current price.

DOGE is the biggest and oldest memecoin in the cryptocurrency space. It saw a massive increase in price earlier this year, however, it seems to have been left behind right now.

Keep in mind that these are solely the writer's thoughts. Always do your own research and never take anything for granted.

Trading Analysis
What's Next for Bitcoin: Multi-Year Bear Market or New Highs?
CoinMarketCap Alexandria takes a look at Bitcoin's chart to analyze the market condition and find similar patterns in the past. Read more!
By Phoenix_Ash3s
1mo ago
3m
Trading Analysis
The Future of Baby Shiba Inu: Price Predictions and Market Expectations
Will Baby Shiba Inu follow the footsteps of SHIB — or even surpass it — to become the highest-grossing meme-coin? Read our price predictions, market predictions and more.
By Hassan Shafiq
9mo ago
6m
Trading Analysis
Technical Analysis: MANA, SAND, RACA, STX and GALA Price Prediction (July – W4)
This week, CoinMarketCap Alexandria takes a look at NFTs and the metaverse to see if the tokens recovered with the recent bounce. Read more!
By Scarpa
2w ago
3m
See all articles