NFTs Are Revolutionizing the K-Pop Industry

The latest decision of K-Pop companies to sell one-of-a-kind NFTs play into the already existing model of artist merchandise. Read more to find out how they plan to profit from it. 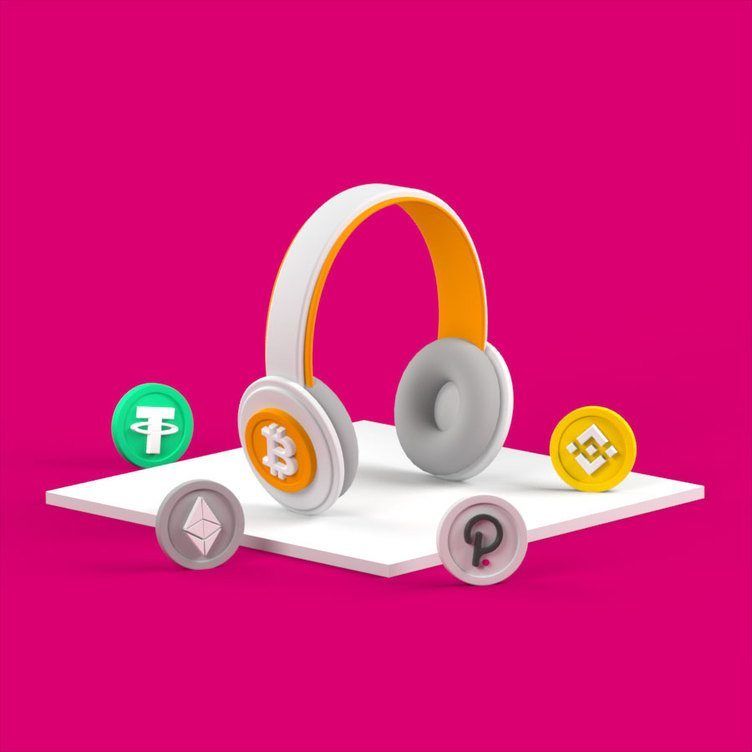 The K-Pop industry is known for using the newest technological advancements to spread the reach of its artists and music. The latest decision of K-Pop companies to sell one-of-a-kind NFTs play into the already existing model of artist merchandise. Keep on reading to find out how they plan to profit from it.

South Korea is gradually establishing itself as a worldwide force to be reckoned with. They've put a lot of money on cultural promotion and technology, and it seems to be paying off so far. From skincare and medicine to media and gadgets, they are making sure that it is accessible in every household. The driving force behind all is the ever-growing popularity of K-Pop (also known as South Korean pop Music).

Unlike others, the K-Pop industry actually thrived during the pandemic and achieved incredible milestones. With its particular blend of addicting songs, sleek dancing styles, astounding productions, and an unceasing procession of highly talented artists, K-Pop has become a phenomenon in and of itself. What sets them apart from their competition is their drive to incorporate new technology and innovation to make the industry to new heights. In the second part of 2021, the industry announced the decision to take another innovative leap by introducing K-Pop NFTs.

Every day, more and more artists are selling their NFTs for an unimaginable amount. To date, the most expensive NFTS ever sold have a starting range of $1 million and it goes all the way up to $69 million. Being a lucrative revenue stream with little to no downsides, NFTs has captured the attention of several media outlets, including scores of musicians such as the legendary and iconic British rock band, Rolling Stones and Grimes. Tokenized versions of their, digital art, songs, bundles of virtual products along physical products have helped some of these performers generate millions of dollars in additional money in recent years.

NFTs by well-known artists, like Mick Jagger, Steve Aoki, and Kings of Leon, have fetched millions of dollars. Even lesser-known musicians, like Vérité and Zack Fox, have made a fortune by releasing NFTs.

Two of the biggest names in the music industry, Justin Bieber and Ariana Grande have also made announcements to release NFTs. Altogether; both of these artists have tens of millions of fans who will pay just about any amount of money to one of their NFTs. Given all that, the K-Pop industry’s desire to get a piece of action seems like the next logical step.

The K-Pop merchandise and collectibles market is growing every year. It took just four years for the Korean entertainment industry's global market to grow from US$5.7 billion to US$10 billion, as far as exports are concerned. So when it comes to doing the seemingly impossible and uniting all of K-Pop, the industry's embrace of NFTs (non-fungible tokens) stands out as the most promising option. With NFTs, fandoms will be able to get their hands on one-of-a-kind collectibles that can be traded, bought, or sold as per their whim.

The South Korean entertainment business is making every attempt to join the NFT world, using its vast and passionate fans, while NFTs continue to shake up the Asian cultural landscape. Sales of NFTs might likewise be integrated into the existing K-pop merchandise paradigm.

Companies such as HYBE, YG Entertainment, Cre.Ker, EDAM, and Play made have made announcements about investments and partnerships, as well as releasing genuine NFTs, among other things.

Fans were invited to attend the 2021 corporate meeting of HYBE Labels (home to the worldwide phenomenon, BTS), which was streamed live on the internet. In addition to providing updates on the company's future plans for their current and upcoming groups, the presentation also contained information on the company’s involvement with NFTs. The agency will launch NFTs (which will double as digital photo cards) by investing over $400 million in Dunamu, South Korea’s largest crypto exchange. Hybe Label’s founder, Bang Shi Hyuk, had this to say about the company’s latest decision:

“It won’t be long before we can use digital photo cards within the platform to create a virtual space with our avatars, and fans can show such a space to each other and to the artists. We hope to once again create a synergy between the music industry and new technologies so that fans can experience the future firsthand.”

Several other K-pop companies have been increasingly open to alternative digital revenue streams, such as non-traditional streaming services and the virtual world (metaverse).

For entertainment companies, NFTs can be a financially wise decision. They are a limited edition of an absolutely unique piece of digital media by their very nature. Depending on how many are made available for purchasing, everyone would at least express the desire to buy one. The price here simply doesn’t matter if you’re talking about something exclusive. K-Pop fans always want to flex and owning the most unique NFT with the highest price will prove that they are the most dedicated fans.

I’m a content writer, graphic designer and a crypto enthusiast.

Crypto News
Crypto Regulation in Paraguay Halfway There After Congress Approves Bill
Paraguay comes one step closer to the full legalization of cryptocurrencies.
By Francois Moreau
4mo ago
2m
Crypto News
The 10 Worst Crypto News Stories of 2021
From scam tokens collapsing to crypto fortunes going unclaimed, there have been some pretty gloomy stories this year. Here's a recap.
By Connor Sephton
9mo ago
6m
Crypto News
Exclusive: Popular Crypto YouTuber Confirms He Kidnapped and Robbed Woman at Gunpoint in 2011
Myles G Investments tells CoinMarketCap he "made a mistake that hurt many people" — and says his controversial project is rebranding after being threatened with legal action by Dogecoin.
By Connor Sephton
6mo ago
2m
See all articles