NFTs, The Next Market Spot? Weekly Market Review by TokenInsight

The market turbulence is still ongoing. TokenInsight dives into the current market to give you their weekly roundup. 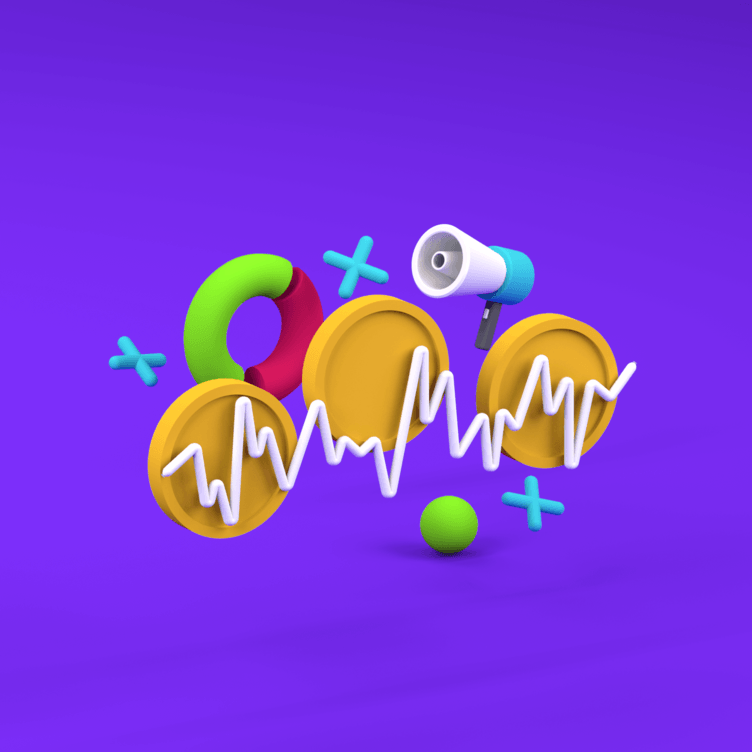 The performance of mainstream cryptos is lacklustre. After the turmoil last week, their prices have begun to return to a rational level, but they are already relatively low compared to the previous peak.

With the influence of factors such as the rise in U.S. bond yields, investors have begun to transfer funds back to the traditional market, and the demand for mainstream cryptos has declined to a certain extent so that trading volume and market confidence have remained relatively low.

In this context, tokens in the tracks of on-chain art, NFTs and on-chain games have begun to be favored, which has brought about a collective increase in related tokens this week, and more public new projects are also concentrated in these three tracks. NFTs have become a new point for blockchain investment.

For mainstream cryptos, there is no news worth mentioning this week. After the shock last week, in the absence of strong positive news’ stimulus, the trading volume of main cryptos this week fell sharply compared to last week.

As of Mar. 5, 2021, the total weekly trading volume of Bitcoin spot was $78.9B, Ethereum is $41.65B, which is down by about 30% compared to last week generally. Besides, the price of Bitcoin is also stable in the range of $45,000 to $50,000. Obviously, the market has entered a peak-trough cycle similar to that in January and is currently in the trough stage.

It can be found that starting from 2021, the "peak-trough" cycle of market trading volume basically takes two weeks as a cycle, and the price cycle occurs once a month.

However, the huge monthly fluctuations have a huge impact on market confidence. Some indicators from the options market reflect that many institutions have begun to gradually neutralize their attitudes towards Bitcoin and even the mainstream crypto market, and short-term bearish sentiment has even risen to some extent.

From the perspective of skewness, the short-term and medium-term Bitcoin skewness fluctuations have converged, indicating that institutions seem to be adapting to the new market situation, but the long-term skewness has gradually declined with market fluctuations this year: investors seem to have the "bull market under volatility" gradually turned cautious mentality.

The situation with Ethereum is similar. The market turbulence has made investors cautious about the recent performance of Ethereum, and their confidence in the medium term has also declined significantly. However, unlike Bitcoin, they are optimistic about Ethereum 2.0 and the current good DeFi ecosystem on Ethereum, which supports the long-term market confidence. No matter how the market changes, Ethereum will still be the core of mainstream crypto investment in 2021.

This week, the performance of exchange tokens and blue chip tokens are diverse. Centralized exchange tokens were affected by the price callback of mainstream cryptos, and maintained a stagnant trend for two consecutive weeks, with relatively insignificant growth and decline. On decentralized exchanges, the price of tokens rebounded after the shock of last week. Among them, Uniswap's token UNI led the rise. Its market value rose by a quarter this week, reaching $11.98B. Affected by this, DEX exchanges tokens of SushiSwap, Compound, Synthetix, etc. have also rebounded over 10%.
In terms of public chains, new public chains such as NEM and Elrond performed well. Among them, the market value of NEM increased by 41.65% this week to close to $6B, making it the best performer among the new public chains. Among the old brands, Polkadot and Cardano are the best performers, with an increase of about 10% compared to last week. However, the performance of other public chains is relatively average, which will not be repeated here.
Compared with the performance of exchange tokens and public chain tokens, NFT and games have performed much better this week. Affected by the recent upsurge of NFTs, on-chain collectibles and on-chain games, Chiliz (competitive sports related NFT and tokens issuer), Enjin Coin (game tokens design and issuer), and game-specific public chain support provider Flow leads the market with sharp increases this week. The market cap of those tokens doubled. Based on the market cap of the ENJ, the current market cap of the best performing Enjin Coin has exceeded $1 billion. After two years‘ dormancy, NFTs have finally broken out.

A group of crypto believers and artists in Brooklyn, New York made the famous American street artist Banksy's work "Morons" into NFT and burned the original work.

Compound Launches Gateway, A Testnet of Its Public Chain

After the release of Compound Chain’ s whitepaper three months ago, on Mar. 2, Compound announced its testnet called Gateway on medium. Gateway is a Substrate blockchain, governed by COMP token-holders on Ethereum. From the get-go, Gateway is fully upgradeable; governance is able to directly upgrade the blockchain by voting on code upgrades, without forks or downtime.
This article contains links to third-party websites or other content for information purposes only (“Third-Party Sites”). The Third-Party Sites are not under the control of CoinMarketCap, and CoinMarketCap is not responsible for the content of any Third-Party Site, including without limitation any link contained in a Third-Party Site, or any changes or updates to a Third-Party Site. CoinMarketCap is providing these links to you only as a convenience, and the inclusion of any link does not imply endorsement, approval or recommendation by CoinMarketCap of the site or any association with its operators. This article is intended to be used and must be used for informational purposes only. It is important to do your own research and analysis before making any material decisions related to any of the products or services described. This article is not intended as, and shall not be construed as, financial advice. The views and opinions expressed in this article are the author’s [company’s] own and do not necessarily reflect those of CoinMarketCap.
5 people liked this article

NFTs
Gemini-Owned Nifty Gateway's Founders Head for Exit Amid Crypto Crisis
The Cock Foster twins are leaving the NFT marketplace they sold to Gemini in 2019, planning to take a break and then 'brainstorm' their next startup.
By Leo Jakobson
1d ago
2m
Crypto News
'Violated': NFT God Loses 'Life-Changing' Sum of Crypto After Clicking on Malware Link
The influencer says hackers also infiltrated into his Substack and started emailing his 16,000 subscribers, adding: "Trust I've worked over a year to build was gone."
By Connor Sephton
1w ago
3m
NFTs
Is Logan Paul's Three-Point Plan to Help CryptoZoo Investors Enough?
"Disappointed" gamers will be able to receive the 0.1 ETH minting fee back — but the value of Ether has plummeted substantially in recent months.
By Connor Sephton
1w ago
2m
See all articles