Crypto News, May 23: A-Listers Still Love NFTs Despite the Crash... And That's Bullish

By Connor Sephton
3m
1mo ago 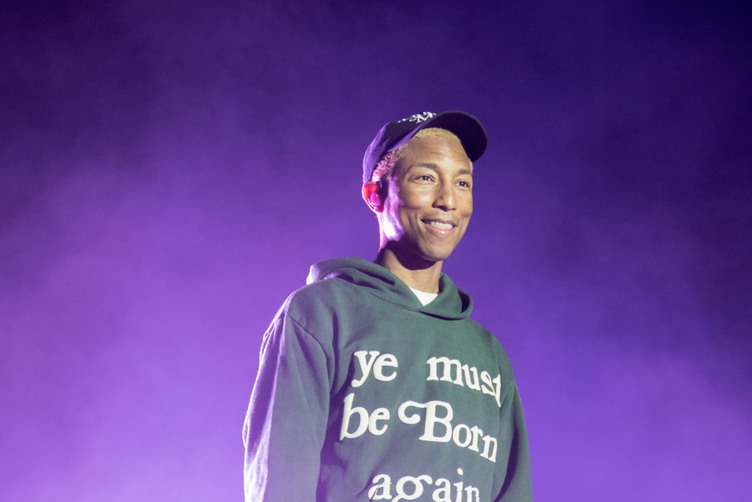 We all know that the hysteria surrounding non-fungible tokens has cooled recently. But anyone following the space closely enough will know that it's naive to claim that the NFT sector is dead.
Pharrell — best known for his hits Happy and Get Lucky — believes NFTs have the potential to cut out record labels, allowing artists to have a closer bond with fans. And speaking at the Veecon NFT conference, he called out "grifters" who only see crypto collectibles as a way of making a quick buck.
Elsewhere, take a look at Spike Lee — the iconic director who is now launching an NFT collection boasting photography from a 1986 film he starred in. Lee, like Pharrell, didn't jump into NFTs straightaway… instead, he took time to gradually learn about the space and form his own opinions.
The fact that these A-listers are so enthusiastic about NFTs, despite the recent downturn, is bullish in itself. It shows that there's a firm belief in the technology underpinning this asset class — and the use cases that could be unlocked in the future.
In the crypto markets, bear markets are often seen as an opportunity to build. And in NFTs, it seems they're being treated as an opportunity to create.

Arthur Hayes has dodged prison after pleading guilty to failing to implement anti-money laundering measures at BitMEX. However, the former CEO will be subject to six months of house arrest and electronic monitoring — not to mention two years of probation. It comes after the entrepreneur's legal team asked a judge for leniency in his case, and freedom to live and travel abroad. Hayes' mother had even written a letter on his behalf. While the lack of a jail sentence is something of a victory for Hayes, the judge stopped short of allowing him to serve his house arrest abroad.

Vitalik Buterin is no longer a billionaire 💸

If you think your crypto portfolio is looking grim right now, spare a thought for Vitalik Buterin. Ethereum's co-founder has revealed that he's no longer a billionaire since the bruising bear market began. Buterin's wallet currently holds 290,000 ETH — with a cash value of about $602.3 million. But back when ETH had hit an all-time high of $4,891.70 back in November, this crypto stash would have been worth over $1.4 billion. Ether is now trading at a 57% discount to this record price, with the cryptocurrency's market cap shrinking by hundreds of billions of dollars.

The president of the European Central Bank has revealed that her son invests in cryptocurrencies — against her advice. Christine Lagarde made the admission as she warned about the dangers of digital assets once again — doubling down on her assertion that virtual currencies are "based on nothing" and worthless. In an interview on Dutch television, Lagarde confirmed she doesn't own crypto as she wants to practice what she preaches. Yet she conceded some in her family don't feel the same, and said her son is a "free man."

Beeple's official Twitter account was hacked over the weekend — and blockchain records suggest $440,000 in crypto has been stolen from unsuspecting followers. The NFT artist, whose works have sold for tens of millions of dollars in recent years, was targeted by malicious actors who posted a link to a scam in his bio. It was claimed that Beeple had launched an exclusive drop with the high-end fashion brand Louis Vuitton. To make matters worse, the scammers later posted another tweet that declared Beeple was releasing 200 new NFTs "from my collection behind the scenes" — and that the mint was completely free.
7 people liked this article