The Terra thriller continues with news breaking that its legal team resigned shortly after LUNA collapsed. Do Kwon’s hard fork proposal is currently being voted on. 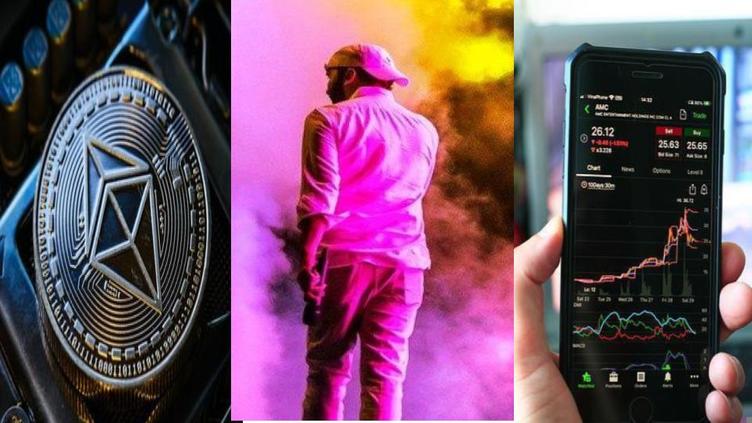 Terra continues to dominate headlines. Today, reports confirmed that its legal team quit after the collapse of UST. That sparked speculation about legal liability of Terra for the collapse of LUNA and UST and first reports suggest Do Kwon could be sued and summoned to a parliamentary hearing over his involvement in the crash. Voting on his proposal is still underway and those in favor of a hard fork are currently in the lead.

a16z State of Crypto Report: We Are Still Early 🌅

Andreessen Horowitz published its annual State of Crypto report. The 2022 edition had several major takeaways, one being that we are still early and that the adoption of crypto was equal to that of the internet in 1995. Another takeaway was that Ethereum is the clear leader in layer-one chains, although it does face competition from other chains. Overall, a16z struck a positive note and sees web3 as a high-potential sector in the years to come.

El Salvador’s Nayib Bukele is hosting the annual meeting of the Alliance for Financial Inclusion and used that opportunity to promote the adoption of Bitcoin — at least on social media. El Salvador hosts 44 countries at the meeting focused on financial inclusion, but Bukele made sure to please his fans on Twitter by referencing the country’s Bitcoin adoption.

Trading app Robinhood is taking another step into the crypto game and announced a non-custodial crypto wallet to come out in 2022. The company said the wallet would follow its no-fee model and allow all standard functionality known from wallets like MetaMask and Coinbase. The announcement comes just a week after Sam Bankman-Fried acquired a 7.6% stake in the company.

Cybersecurity firm Cloudflare announced the launch of Ethereum validator nodes as part of Ethereum’s switch to proof-of-stake. The company is committed to support the Ethereum network throughout its upcoming “Merge,” although it did not specify a launch date for its nodes. Cloudflare is already involved in the blockchain space through a gateway to the InterPlanetary File System (IPFS).
This article contains links to third-party websites or other content for information purposes only (“Third-Party Sites”). The Third-Party Sites are not under the control of CoinMarketCap, and CoinMarketCap is not responsible for the content of any Third-Party Site, including without limitation any link contained in a Third-Party Site, or any changes or updates to a Third-Party Site. CoinMarketCap is providing these links to you only as a convenience, and the inclusion of any link does not imply endorsement, approval or recommendation by CoinMarketCap of the site or any association with its operators. This article is intended to be used and must be used for informational purposes only. It is important to do your own research and analysis before making any material decisions related to any of the products or services described. This article is not intended as, and shall not be construed as, financial advice. The views and opinions expressed in this article are the author’s [company’s] own and do not necessarily reflect those of CoinMarketCap.
16 people liked this article

Crypto News
$100M Stolen After Horizon Bridge Hacked, Months After Security Fears Raised
CoinMarketCap data shows the value of Harmony's native token, ONE, has plunged 12% in 24 hours — meaning this altcoin has now fallen out of the top 100 cryptocurrencies by market cap.
By Connor Sephton
1w ago
2m
Crypto News
Revealed: Which Countries Are the Most Interested in Ether
The website behind the survey says ETH has generated "life-changing returns for early investors."
By Connor Sephton
1yr ago
1m
Crypto News
Podcast: Bitcoin Sinks to $20,000 as Search for the Bottom Continues
Also today, MicroStrategy is feeling the heat, Coinbase is laying off 1,100 staff... and some traders try an unusual method to relieve stress.
By Connor Sephton
2w ago
1m
See all articles