Also today, Nayib Bukele has claimed that the U.S. government is "afraid" after El Salvador adopted Bitcoin as legal tender. 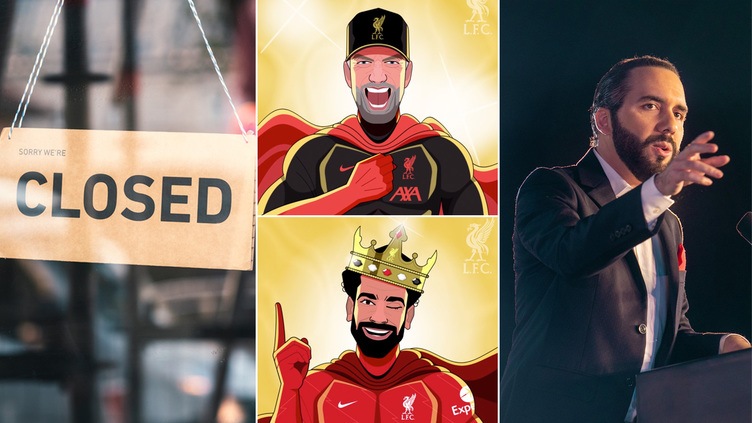 16 crypto firms may have to close in U.K. next week 🇬🇧

Sixteen crypto companies may be forced to shut down in the U.K. in one week. The businesses — which include Revolut, Wirex, Copper, Blockchain.com, Cex.io and Coinburp — are only temporarily registered with the Financial Conduct Authority. And unless they receive full authorization to operate by March 31, it's highly likely that they'll have to move their businesses to another jurisdiction. This looming deadline is especially painful for Revolut, a fintech firm which secured a valuation of $33 billion during a funding round last summer, as it would no longer be allowed to offer crypto services.

Liverpool Football Club are releasing an NFT collection that depicts their men's squad and charismatic manager Jürgen Klopp as superheroes. The legendary auction house Sotheby's is organizing the sale. As well as 24 one-of-a-kind NFTs featuring top footballers including Mo Salah, a limited-edition range is designed to be more affordable for everyday fans. NFTs in the "hero" collection will cost just $75, and will include a randomly generated mix of traits. Sotheby's says: "It's a mystery which collectible you'll receive until after the sale has finished, just like opening a pack of football stickers." Some of the perks associated with owning the LFC NFTs include a Discord chat where collectors can interact with fellow members, alongside "virtual hangouts, competitions, guest appearances and retail discounts." The NFTs are going to be released on the Polygon blockchain, and part of the proceeds will be donated to charity.

Nayib Bukele has claimed that the U.S. government is "afraid" after El Salvador adopted Bitcoin as legal tender. The president also reacted angrily to a proposed bill that would require American officials to investigate the impact that his country's use of BTC could have on the U.S. economy. Accusing Washington of meddling in another country's affairs, he wrote: "The US Government DOES NOT stand for freedom and that is a proven fact. So we will stand for freedom. Game on! #Bitcoin is FU money!" In other news, Bukele dismissed claims that El Salvador's "volcano bonds" will be subject to lengthy delays as "FUD."
19 people liked this article

Crypto News
Do U.S. Lawmakers Own Crypto?
A recent report from Insider breaks down just how many Senators and Congressmen own BTC and other coins.
By Will Kendall
9mo ago
3m
Crypto News
Modest Turnout at Tornado Cash Protest in Amsterdam
A rally in support of arrested Tornado Cash developer Alexey Pertsev drew a rather small crowd.
By Ivan Cryptoslav
1mo ago
2m
Crypto News
Facebook's Plans to Offer Digital Wallet to Billions of Users Dealt Fatal Blow
The Novi digital wallet is shutting down for good — three years after the tech giant first unveiled its ambitious plans for Libra to the world.
By Connor Sephton
2mo ago
3m
See all articles