CoinMarketCap News, May 27: Saylor Warns It's 'Foolish' to Try and Time the Market
Table of Contents
Today's headlines
Saylor not bothered after BTC crash 📉
Which countries may NEVER adopt BTC ❌
Will a country adopt a 's***coin' as legal tender? 💩
El Salvador could reverse Bitcoin Law, Mow warns 🚨
Why Kraken's Dan Held only recommends Bitcoin 💰
Held: This crypto winter won't be as harsh 🥶
Bitcoin

CoinMarketCap News, May 27: Saylor Warns It's 'Foolish' to Try and Time the Market

By Connor Sephton
4m
1mo ago

Here's our roundup of all the top stories from day one of CoinMarketCap's The Capital conference. 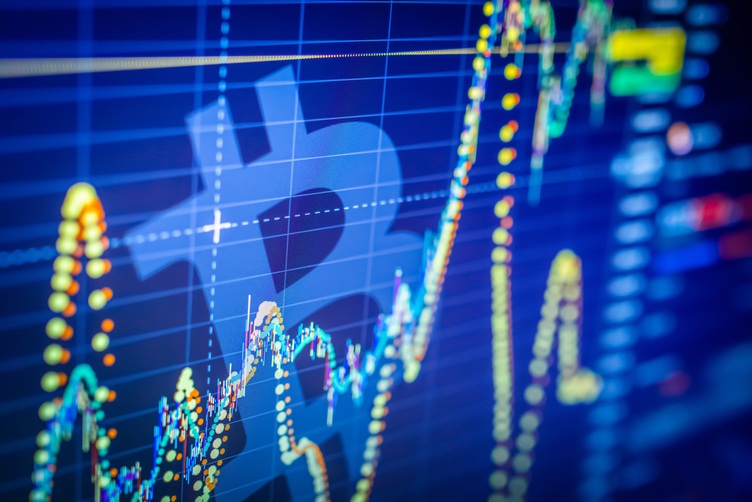 Saylor not bothered after BTC crash 📉

Michael Saylor has shrugged off Bitcoin's plunge from $68,800 to $29,000 — even though this has wiped $4 billion from the value of the BTC that MicroStrategy holds in reserve. The CEO firmly believes a single Bitcoin will be worth millions of dollars one day — meaning that, in the long term, the downturn over the past six months is a moot point. When asked whether all these lost profits bothered him, with his company now $240 million in the red, Saylor told our conference: "If you'd asked the same question to Jeff Bezos in 2003 and said, you know, like you just had an 80% loss in Amazon, do you ever wish you sold Amazon in the year 2001? You know, Jeff Bezos could have sold Amazon in the year 2000 and avoided a 95% loss." He described such a mentality as "foolish" — and warned against trying to time the market.

Which countries may NEVER adopt BTC ❌

Samson Mow has revealed which countries may never adopt Bitcoin as legal tender — and who might be next. During a fireside chat with Bitcoin Magazine's Pete Rizzo at our conference, Mow said: "Europe doesn't look that welcoming or promising, but you never know, like things can change really on a dime. I would've said there was no hope for Canada a year ago, but things have changed." Mow also said that the real "litmus test" is getting a larger country that isn't suffering economic hardship to embrace Bitcoin as legal tender — and that he's now focusing on Mexico. The Jan3 CEO added that there's a compelling reason why a prosperous country would take the plunge and adopt Bitcoin: financial inclusion.

Mow also said there's a chance that a country will adopt an altcoin as legal tender — adding this would be "entertainment." He explained: "The smart ones are definitely going to look at Bitcoin, because Bitcoin is the only one that is decentralized. If you adopted some s***coin or some altcoin and you find out that it's not decentralized and it can be shut down, you're going to lose a lot of reputation." Mow also revealed that a number of "s***coiners" tried to meet with President Nayib Bukele after El Salvador unveiled its Bitcoin Law. Mow warned that LUNA becoming legal tender in El Salvador could have happened — something that would have been calamitous considering that the altcoin, as well as the Terra blockchain, has now collapsed. He added: "LUNA was the hot thing. It was backed by all the VCs. And if you're not careful, it can look like a very shiny gem when it's actually a polished turd."

During his panel, Mow warned El Salvador's Bitcoin Law could be repealed by a future government — meaning that the world's biggest cryptocurrency would no longer be legal tender. He described the Central American nation as "patient zero" — and said that it's crucial that President Nayib Bukele succeeds. Mow added: "If Bitcoin can bring prosperity to El Salvador, then it's not likely that another government 10 years later is going to repeal the law and ban Bitcoin. They'll see what it's done."

Kraken's Dan Held has revealed why he only recommends Bitcoin to his Twitter followers. Speaking during CoinMarketCap's conference, he described himself as a "Bitcoin mostimalist." He told Decrypt's Dan Roberts: "You can easily pick another coin that might go up higher than Bitcoin. But as we're seeing in a bear market, they dip harder than Bitcoin." Held is right here — and for evidence of this, just take a look at CoinMarketCap's homepage right now. Bitcoin has lost 5% over the past week, and is currently trading at about $29,000. Ether is down 13% in just seven days. Some altcoins are performing far worse.

Held: This crypto winter won't be as harsh 🥶

Dan Held also said the current crypto bear market may be less severe than the one seen in 2018. As well as VCs raising tens of billions of dollars to deploy to this ecosystem, he also pointed to the fact that the recent bull run wasn't as dramatic as earlier cycles — with Bitcoin failing to deliver a big blow off top. He said: "We didn't see Bitcoin really hit that peak FOMO moment. I think you felt that before in 2017 and 2013 — this palpable energy of just pure FOMO. It felt like it was accelerating, but it didn't feel like a blow off top. This makes me feel like there might be a little bit more of a muted bear market."
6 people liked this article

Crypto News
Coinbase Criticized After Signing $1.36M Deal with U.S. Government
"Strange that they would risk so much reputationally for such a relatively small sum," one critic wrote.
By Connor Sephton
9mo ago
1m
Crypto News
CoinMarketCap The Capital Conference in Metaverse: Workshops
Our online metaverse conference has workshops ranging from how to mint NFTs to how to get hired in crypto. Watch them live here.
By CoinMarketCap
1mo ago
1m
Crypto News
As Bitcoin Surges, How Have Other Altcoins Been Performing?
XRP enthusiasts will be breathing a sigh of relief, with the No.3 cryptocurrency outperforming Bitcoin today.
By Decentralized Dog
1yr ago
5m
See all articles