CoinMarketCap News, May 25: 'You've Stolen Everything from Me,' Investor Tells Do Kwon

By Connor Sephton
3m
1mo ago

Also today, a stolen Bored Ape NFT could create some rather unpleasant legal headaches for a well-known actor. 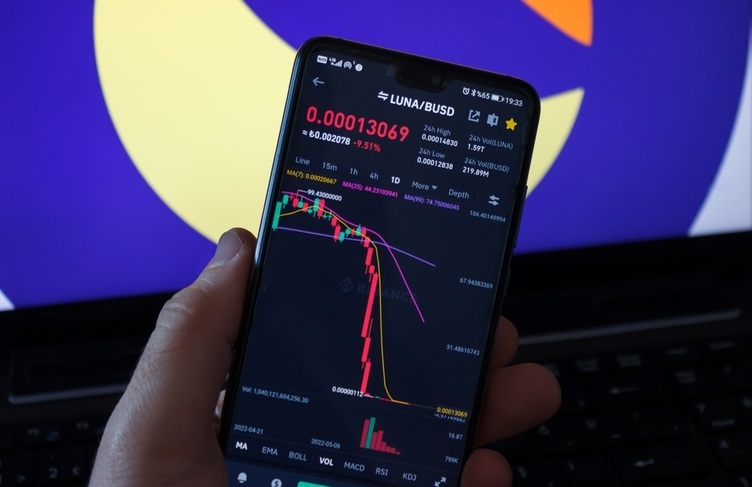 A Mastercard executive has argued that cryptocurrencies need to become "invisible" in order to go mainstream.

Harold Bossé told an Avalanche event: "It has to disappear in the background for a user who doesn't care — honestly, my mom doesn't care if it's centralized or DeFi."

This is a fair point — crypto needs to be easier to use, and as straightforward as old-fashioned bank accounts and credit cards.

But this would have ramifications for the crypto world, which prides itself on being a nerdy — if not macho — group of people. If everything was stable, and worked so well that no one noticed it existed, what would everyone talk about on Twitter Spaces?
What Bossé is talking about isn't just a technical issue, it's a cultural one. The technology might come along leaps and bounds in the years to come, but the atmosphere within the industry could take much longer than that. And deep, deep down, there will be some crypto enthusiasts who worry about the impact that mainstream adoption will have on their community.

It's official: Terra's blockchain is going to be revived. Votes have now closed — with 65.5% voting for a new network to be established… without the controversial UST algorithmic stablecoin. A further 21% abstained, and 13.2% chose the "no with veto" option — far short of the 33% required to stop the proposal dead in its tracks. The proposal's approval means that the new network is scheduled to launch on Friday, with a fresh round of LUNA tokens airdropped to existing investors. Terra's co-founder Do Kwon had argued that the "ecosystem and its community are worth preserving," but one furious investor said: "Investors' lives are in shambles. I will never support anything you do again. And I am in disbelief at your audacity. I have no words, Do. You've stolen everything from me and many I know."

Ukraine has released a new rap video as it urges the crypto community to continue making donations. The rather, erm, unusual song — called "Invest in Peace, Bro" — features a dove in military gear… and a cameo from the deputy prime minister. Lyrics argue that supporting worthwhile causes feels good — and is more rewarding than spending crypto on fine wines, alpaca farms or Lamborghinis. A short version of the song was even played at the World Economic Forum in Davos… and it was rather amusing to see a bunch of men in suits listening in the crowd.

Earlier this month, four of Seth Green's beloved NFTs were stolen after he fell victim to a phishing scam. One of them was Bored Ape #8398, who the actor affectionately calls Fred. But here's the problem: Fred was about to star in his very own TV show — and now, questions are being raised about whether it can still go ahead. Technically, Green no longer has the intellectual property to this NFT, meaning it's possible he could face a lawsuit from its new owner. The star, who launched a (not very good) trailer for White Horse Tavern at the VeeCon conference in recent days, is determined to regain control over the Bored Ape… and is confident his program will be able to proceed.

Sam Bankman-Fried has hinted he may be prepared to donate $1 billion to stop Donald Trump winning the next presidential election. The FTX CEO, who backed Joe Biden during the 2020 race, predicted he'll spend more than $100 million ahead of 2024's battle. Bankman-Fried, who has been propelled up the rich list in recent years, was one of Biden's biggest donors last time around — rubbing shoulders with the likes of Bloomberg and Alphabet. If Trump was to run, and SBF did dig this deep, it would single-handedly become one of the biggest donations in U.S. political history.
3 people liked this article

Crypto News
The Teletubbies Have Launched a Cryptocurrency... and Teslas Now Come with DOGE Mining Rigs
TubbyCoin is set to give Bitcoin a run for its money thanks to its proprietary HugTech innovation.
By Decentralized Dog
1yr ago
3m
Crypto News
a16z Launches $600 Million Metaverse Gaming Fund
Andreessen Horowitz has launched a $600 million fund dedicated to web3 gaming.
By The Coin Pope
1mo ago
2m
Altcoins
What Is Verasity (VRA)? Features, Tokenomics, and Price Prediction
CoinMarketCap takes a deep dive into Verasity (VRA), a platform that offers increased engagement and advertising revenues and eliminates advertising fraud.
By Hassan Shafiq
6mo ago
7m
See all articles