Mercado Pago says cryptocurrencies are viewed more favorably in this region because of how it has been disproportionately hard hit with inflation over recent years. 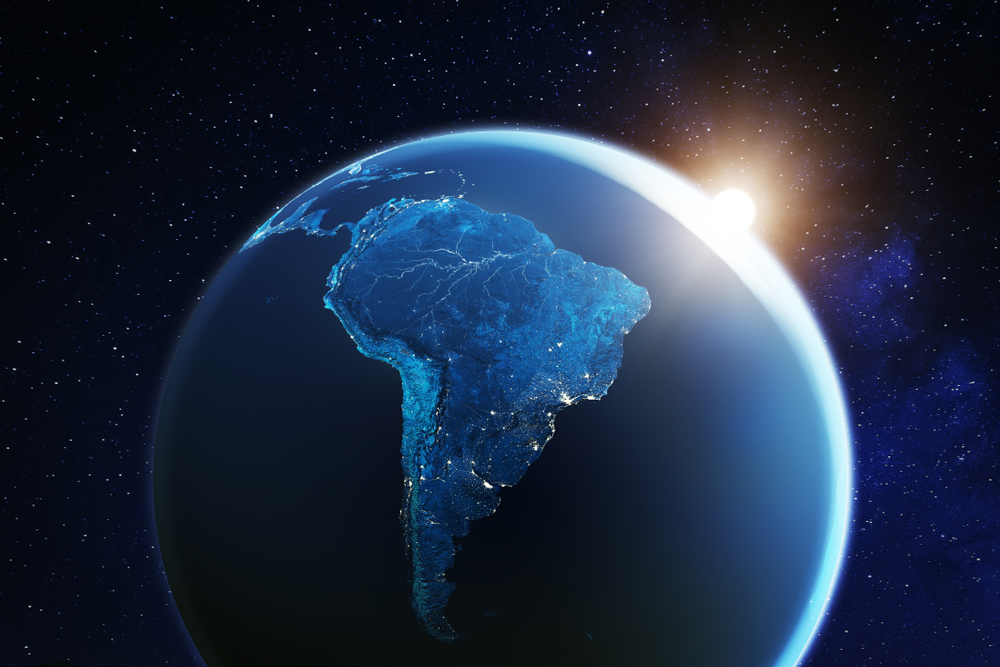 One of Latin America's biggest online payment platforms is vowing to roll out crypto access to more countries across the region.

Mercado Pago says the planned expansion follows a successful launch in Brazil, where it claims more than one million users signed up for a crypto wallet in just two months.

In an interview with El Pais, the Argentinian company's CEO pointed to research that suggests almost half of Latin America's 650 million people do not have a bank account — or only have one for the sole purpose of withdrawing their salaries in order to make cash payments.

Osvaldo Gimenez also argued that cryptocurrencies are viewed more favorably in this region because of how it has been disproportionately hard hit with inflation over recent years — with the cost of living rising far more sharply than in many advanced economies.

The expansion means that more consumers across Latin America will be able to buy, sell and hold digital assets including Bitcoin and Ether — as well as USDP, a stablecoin that's pegged to the U.S. dollar. Gimenez added:

"It is an alternative investment opportunity that we find very interesting and generates a lot of interest from users. At a time when the dollar has been appreciating, the investments that users have with us are small and for us it is one more way to diversify their portfolio."

Mercado Pago rolled out crypto access to millions of Brazilians last December in partnership with Paxos.

In an attempt to reach as many consumers as possible, crypto transactions can be as low as one Brazilian real, which is worth about $0.19 at the time of writing. The new service was also accompanied by educational resources to help users learn more about each digital asset — plus content to warn them about the risks associated with investing.

It's a sister company of Mercado Libre, which is the region's most popular eCommerce site. The firm has actively invested in cryptocurrencies over recent months — entering into a number of partnerships to further its offering.

Back in June, Mastercard revealed it has been tasked with "strengthening the security and transparency" of Mercado Libre's crypto services in Brazil. At the time, executives said:

"Brazil is one of the hottest crypto markets in Latin America, with high levels of cryptocurrency adoption."

Digital assets are often seen as an attractive alternative in Latin American countries when compared with unstable fiat currencies. For example, Argentina has the highest percentage of employees paid in cryptocurrencies worldwide.

And over in Central America, El Salvador will soon mark one year since it formally adopted Bitcoin as legal tender — putting the world's biggest cryptocurrency on a par with the U.S. dollar.

Crypto News
FTX Asks To Subpoena Sam Bankman-Fried, His Family and Top Lieutenants
The executives and lawyers seeking to unwind FTX's abysmally recorded assets have complained that they are getting no cooperation.
By Leo Jakobson
12h ago
3m
NFTs
NFT Contest in Nike's Web3 Venue .Swoosh Offers Designers Access and Royalties
The virtual sneaker design contest will pair winners with Nike designers to create virtual kicks that could be dropped with its first NFT drop.
By Leo Jakobson
12h ago
2m
Crypto News
FBI Hacks Hive Ransomware Gang, Saving 300 Victims $130M
The FBI infiltrated the Hive network in July, stealing decryption codes for some 1,300 old and new attacks, as well as contributing to a sizable drop in ransomware payments in 2022.
By Leo Jakobson
12h ago
4m
See all articles